Rohit Sharma did not shout at umpire: Bhajji 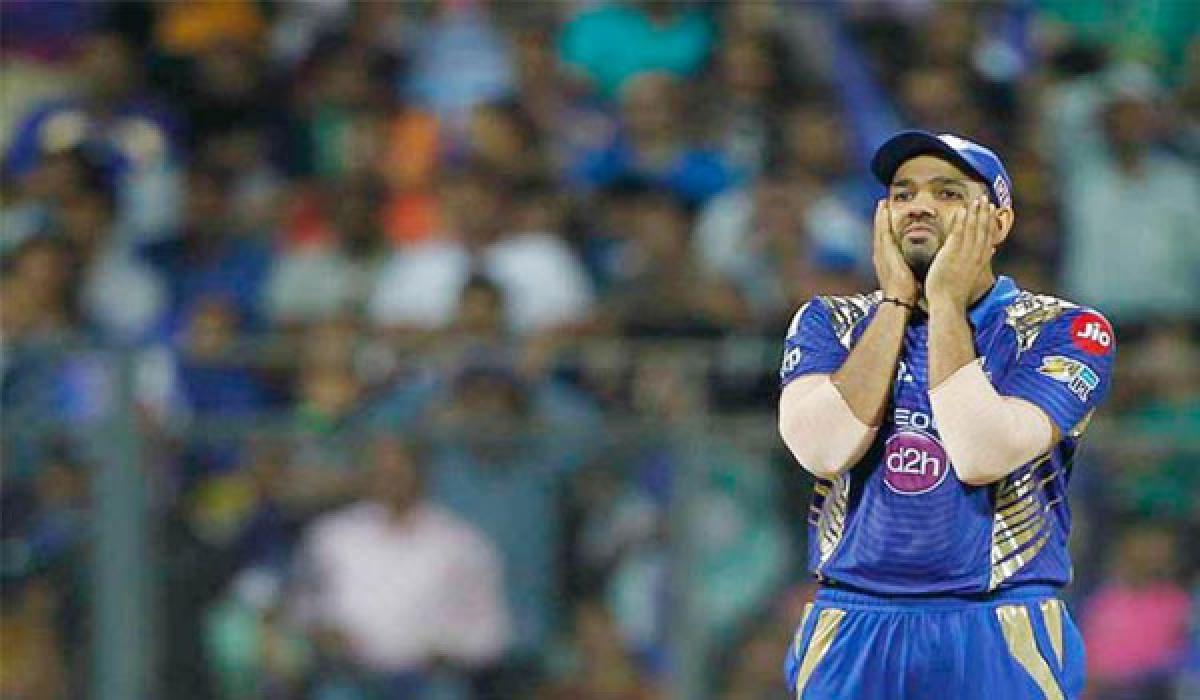 Mumbai Indians off-spinner Harbhajan Singh said his captain Rohit Sharma, who has been fined for showing dissent to the umpire, didn\'t misbehave with the official and was only trying to clarify rules.Sharma was at the crease when Mumbai needed 17 off the last over to win against Rising Pune Supergiant.

Mumbai captain fined for ‘insulting’ umpire
Mumbai : Mumbai Indians off-spinner Harbhajan Singh said his captain Rohit Sharma, who has been fined for showing dissent to the umpire, didn't misbehave with the official and was only trying to clarify rules.Sharma was at the crease when Mumbai needed 17 off the last over to win against Rising Pune Supergiant.

After losing Hardik Pandya in the first ball, Sharma hit a six in the second but Jaydev Unadkat pushed the third delivery wide after seeing Sharma shuffle across the stumps.Rohit has been fined 50 per cent of his match fee for showing dissent at an umpire's decision.

Realising that the ball was veering away from the guideline for wide deliveries, Sharma left it alone. However, umpire S Ravi didn't call it a wide.Disappointed with the decision, Sharma walked up to the umpire and protested even as the square-leg umpire A Nand Kishore intervened. He was fined 50 per cent of his match fee after the incident."The ball was too far outside, to be honest, but I don't really know whether it was wide or not," Harbhajan told reporters at the post match conference.

"If both the batsman's leg move, then bowler should get the margin, but Rohit's one leg had moved and as per me it should have been a wide. But we have to move on with the umpire's decision and they played better than us and it was great game of cricket."He (Rohit) wanted to check what is the rule then, where he need to stand, he did not shout at the umpire and asked him why did he not call a wide, he was asking where should I stand so that it is called a wide, if the bowl so outside, the more you move, the bowler will get the margin," he explained.

Harbhajan also differed that because of that particular ball, the hosts and specially Sharma lost the momentum."I don't know whether momentum was lost (because of the wide not being called), Rohit was hitting nicely but unfortunately he ended up hitting the ball straight in the air.

That's what happens, cricket is game, anything can happen," he said."Just before that he hit a six and a similar ball went up in the air. I don't think momentum would have lost, at that time (you need to do) as a batter, just see and hit the ball, Rohit was batting on 50 odd, so don't think there were chances to lose the momentum," he added.

Harbhajan, however, admitted that the 19th over of their innings bowled by Englishman Ben Stokes brought Pune back into contention. Strokes, the costliest buy of this IPL, conceded only 7 runs, and Mumbai eventually lost by three runs at the Wankhede stadium last night."That over was actually very crucial over for them. We didn't get any boundary in that over. That over actually changed the scenario for them, they were in the game.

17 to win (in the final over), they were in the game," Harbhajan said."Obviously, if one odd boundary would have been hit in that over, then we would have required 12-13 runs, then the match is open and there would have been a more pressure on the bowler," he added.