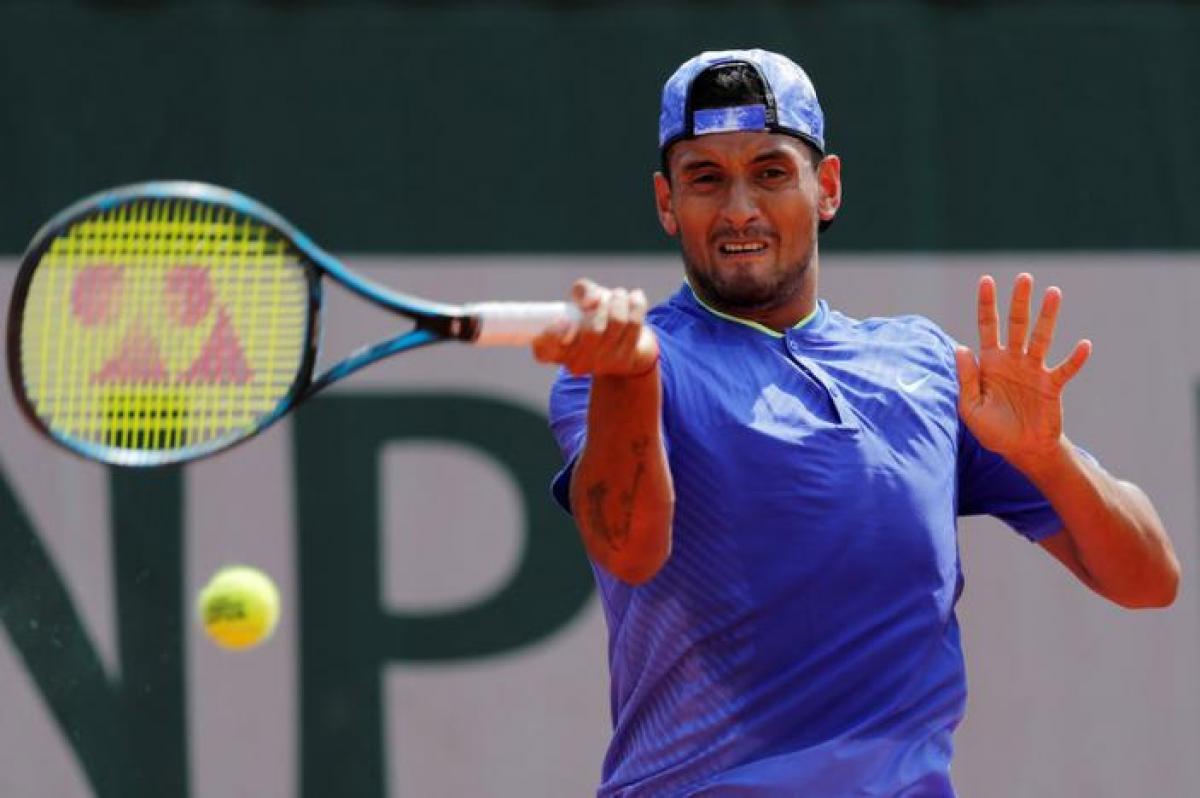 Australian number one Nick Kyrgios said the disruption to his training schedule caused by the death of his grandfather had left him ill-prepared for the French Open, which he exited in a fit of petulance on Thursday.

Australian number one Nick Kyrgios said the disruption to his training schedule caused by the death of his grandfather had left him ill-prepared for the French Open, which he exited in a fit of petulance on Thursday.

Kyrgios started well against South African Kevin Anderson before crumbling mid-match and crashing out of the second round 5-7 6-4 6-1 6-2, taking out his frustration on his rackets, one of which he smashed to pieces on a courtside cooler.

The 18th seed, who time and again failed to convert break points on Anderson's booming serve, looked resigned to his fate in the fourth set and asked a spectator to get him a beer.

The 22-year-old, who has also been battling hip and shoulder injuries, pulled out of the Estoril Open in late April to return to Australia after the death of his grandfather, Christos.

"After my grandpa passing, I just lost a lot of motivation to do anything, really," Kyrgios explained to reporters.

"When I was back home, it was tough. I mean, I can’t talk about it.

"But I haven't really put together any good training in the last couple of weeks. Obviously, just trying to manage some niggles.

"I haven't really structured any good training in the last five weeks. So I don’t think I was match-ready to play best-of-five sets. But he played well today, too good."

A brilliant U.S. hardcourt season, in which he beat Novak Djokovic twice, had raised home hopes that this might be the year the supremely gifted Kyrgios finally broke into the top 10.

The clay courts of Roland Garros, where he has never got past the third round, were always an unlikely location for Kyrgios to make a grand slam statement, however.

"Obviously, it's disappointing just to lose, but, to be fair, my preparation for the claycourt season hasn’t been great. I feel like I’m way underdone coming into the French," he added.

Kyrgios is likely to be fined for his racket smashing, which earned him a penalty point at the end of the second set.