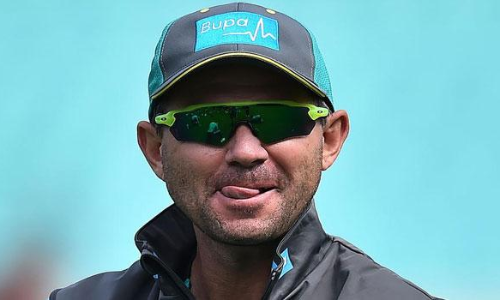 Australia might have been outwitted in the opening Test but former skipper Ricky Ponting believes the hosts will hold an edge over India in the second Test at the Perth beginning Friday.

India defeated Australia by 31 runs in the first match to take a 1-0 lead in the four-Test series for the first time in 70 years.

Ponting believes the nature of the new-look Perth pitch will suit the Australians.

"I think Perth will definitely suit our guys a lot more than the Indian players, but the Aussies need to bounce back pretty quickly," Ponting said.

Ponting said Australia need to find out their shortcomings quickly and learn from them after putting a poor show in the first Test.

"They played pretty poorly this week and got within 30 runs. And that's not saying India played at their absolute best either, but they're absolutely capable," he said.

"There's some positives to take from it but they've also got to take a good hard look at what they've done through this game and make sure they do it a lot better."

Ponting said Australia should avoid any knee-jerk reaction and retain the batting order and field the same playing XI in the second Test, despite Aaron Finch's failure as an opener.

The selectors, coach Justin Langer and skipper Tim Paine had backed Finch to open the Australian innings in Adelaide and Ponting feels they shouldn't change their opinion after just one Test.

"Why wouldn't they do that for this game if that's their best line-up?" Ponting asked if Finch should bat down the order.

"I just think that would be really reactionary. The selectors have made a decision, or whoever is setting the batting order, that they think Aaron Finch is the right guy to be opening the batting for Australia.

"Little things like that would come into their minds. If I was them, I'd be tempted to keep it the same way."

Finch got out for nought and 11 in the two innings of the first Test.