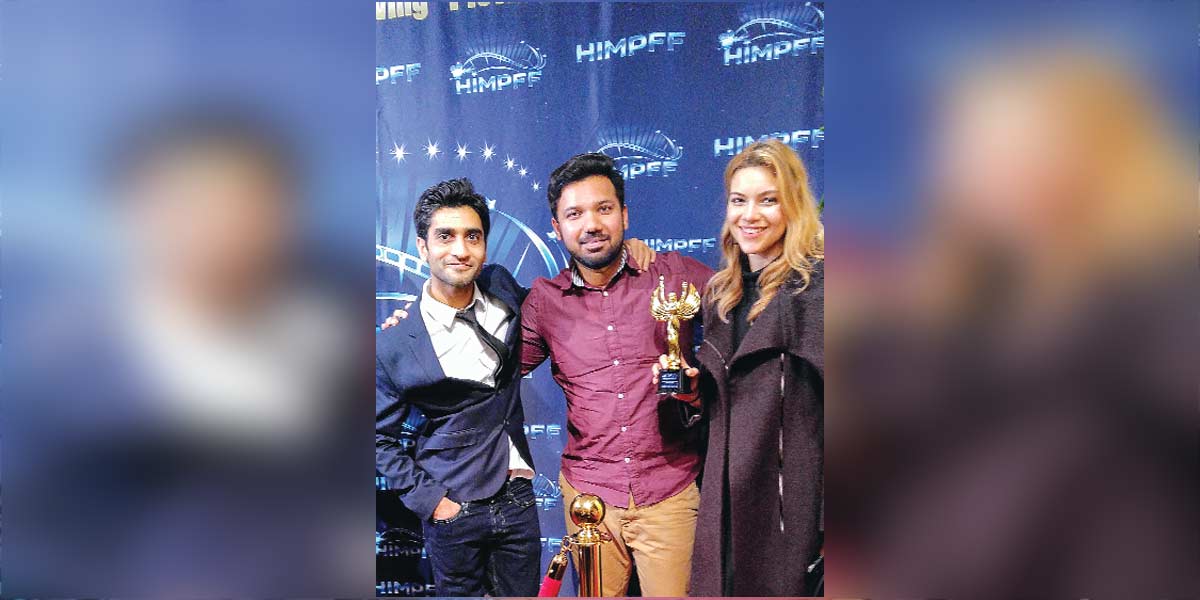 A young technocrat from Tirupati and now settled in the United States, G Raj Rohit Reddys interest in short filmmaking has won him many accolades For him, short filmmaking was not a pass time event or entertainment but an artistic splendour He sees a spectacle of unlimited possibilities in it With this unusual insight into short films, he laid his mark on the international arena by winning man

A young technocrat from Tirupati and now settled in the United States, G Raj Rohit Reddy’s interest in short filmmaking has won him many accolades. For him, short filmmaking was not a pass time event or entertainment but an artistic splendour. He sees a spectacle of unlimited possibilities in it. With this unusual insight into short films, he laid his mark on the international arena by winning many honours at several transcontinental film festivals. He has proved that with a passion for something one can do wonders by going the extra mile with cheer and love.

Raj Rohit has been working as Software Engineer with the famous Twentieth Century Fox Entertainment, one of the mega film studios of the United States. Rohit is the son of former Professor of Zoology in SV University and former Vice-Chancellor of Vikrama Simhapuri University, Nellore G Rajarami Reddy. He used to show immense interest in cultural activities and winner of several cultural events at various levels. This interest led him to step into a short film arena while pursuing his Masters in the United States. Being a critic and analyst of films, he developed the passion for screenplay writing as well. His ‘Gurus’ in filmmaking were the internet and YouTube from where he learnt practical lessons and sharpened his skills. Once he was confident of his talent, he established his production firm ‘Aarkyub’ and started making short films by applying his innovative ideas to the technicalities he learnt on the internet.

Apart from production, he was multitasking in the key fields of filmmaking like writing screenplay and editing and was on a spree of winning awards and from there he never looked back. His short film ‘Idee Fixe’ won the Best Screenplay Award in the Canadian Diversity Film Festival held at Canada in 2017 along with ‘Screen Writer of the Month’ award. He also bagged another award of ‘Fiction of the Month’ at a 12-month film festival held in Romania in 2016 and ‘Award of Recognition – Screenplay Short’, in the Hollywood International Moving Pictures Film Festival, held at Los Angeles in 2017 and the list was endless. He collaborates with other actors to shoot comedy videos for Instagram.

Raj Rohit produced and directed another short film ‘The Shrink’, which won critical acclaim of film critics and was screened at famous Chinese Theatre in Hollywood. It also premiered on NDTV in India. His most recent short film ‘Toxique’ received an award of recognition in the Five Continents International Film Festival held at Venezuela in August 2018 and second place winner at Los Angeles Independent Film Festival in September 2018. Though he was capable of dealing with several aspects of filmmaking, he prefers writing as directing has been more stressful. Presently, he is working on his new project ‘How does that make you feel?’, which will be screened next month at several film festivals.

Through making short films, he wants to learn more about writing and directing and once he gets confidence, he wants to make a full-length film. Speaking to The Hans India, Raj Rohit said that aspiring short filmmakers need not be afraid of committing mistakes. “It’s good to make a bad short film than to not make anything at all. If you cannot afford a film school, there are plenty of online courses and free videos to help you as its very important to know the basics,” he suggested.