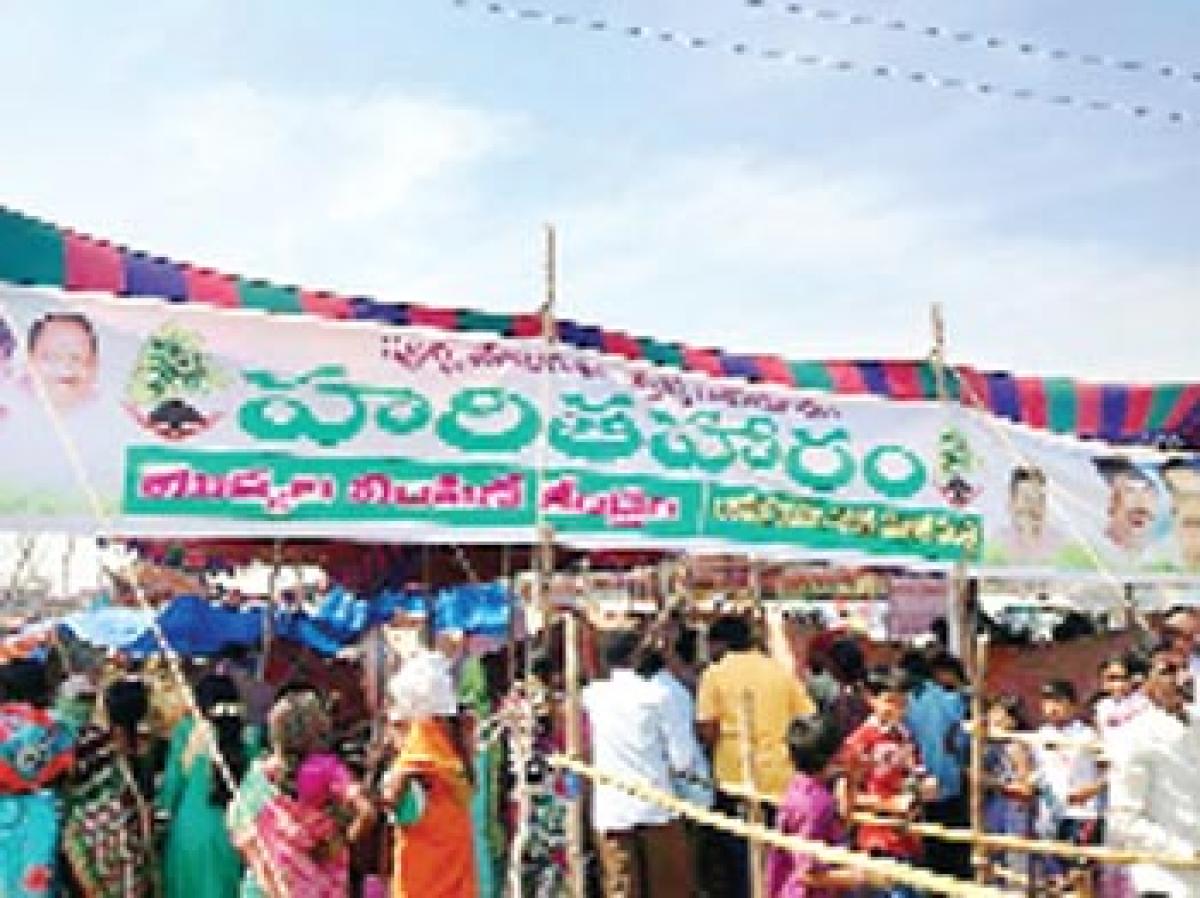 A total of six varieties of saplings, including teakwood, henna, mango, date and a flower variety, were being distributed to pilgrims. Even though the Corporation authorities have decided to give one sapling to each family, each person was demanding two to three plants. So far, about 15,000 saplings have been distributed. Majority of the devotees were demanding fruit-bearing plants.

Speaking to The Hans India, K Ramprasad, a devotee from Godavarikhani, said having darshan of tribal deities was sacred while planting saplings was also equally important. ‘Hence I took a few saplings from the camp to plant them in my house,’ he added.

Haritha Haram camp in-charge and Corporation Executive Engineer Mahender said that there was a good response from the pilgrims and fruit bearing plants were in great demand. In fact they were giving only one sapling to each family but people were demanding two or more plants of different varieties, he added.