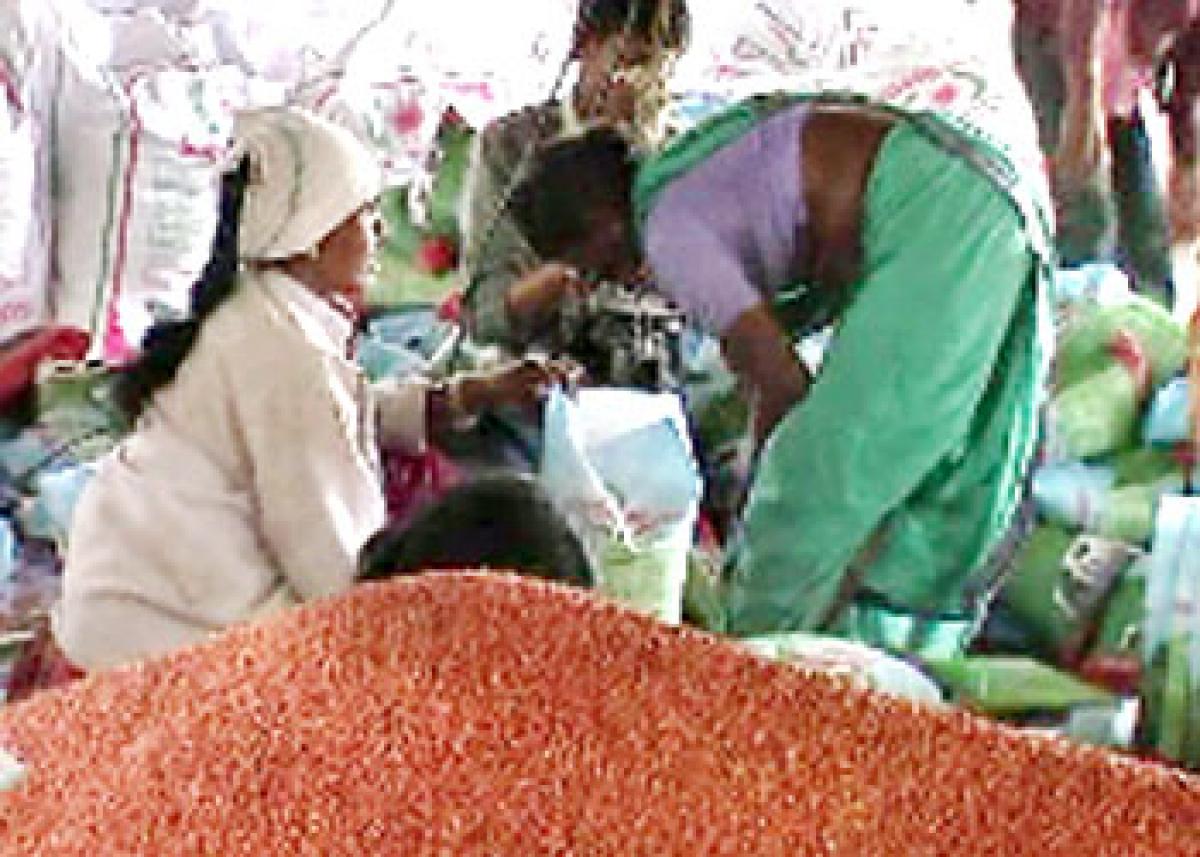 As the drought conditions in the district became severe, the cultivation of the Red Jowar (Sorghum Sudan grass) has been drastically reduced in the Nizamabad district but the farmers made profits on it and they were also able to purchase fodder to feed their cattle. Every year,

Nizamabad: As the drought conditions in the district became severe, the cultivation of the Red Jowar (Sorghum Sudan grass) has been drastically reduced in the Nizamabad district but the farmers made profits on it and they were also able to purchase fodder to feed their cattle. Every year, the cost of red jowar is nearly Rs 1500 to Rs 2800 per quintal, but this year, it has increased from Rs 4,700 to Rs 4,900 per quintal.

In India, the red jowar seeds are sown in the Armoor sub-division area of Nizamabad district and Bellary in Karnataka. However, the soil of Armoor is useful to grow these seeds and they are sowed on a large area and the yield here is better than that of Bellary. That is why the seed companies prefer the plants and seeds grown in the Armoor region. The jowar seeds are sown in large numbers in the Armoor Sub-division, Korutla constituency of Karimnagar district and Nirmal constituency of Adilabad districts in the Telangana State.

During this year, the farmers of the Armoor area lost paddy, turmeric and other crops due to the drought and depleting ground water resources. But as the red jowar crop consumes low quantities of water than the paddy and other crops, it has been cultivated on a large scale.

Every year, the farmers of the Armoor area cultivate the red jowar nearly 17,500 hectares, but this year, the area of cultivation of the crop has been drastically reduced and the seeds were sown in only 9,500 hectares.

Speaking to The Hans India in the town on Sunday, Yeleti Ganga Reddy, a farmer who grows red jowar crop in Vailpoor village said this year, they incurred losses on paddy and turmeric crops due to the drought conditions, but the red jowar crop fetched them good profits though it was sown only on five acres of land.

K.K. Bajanna, the in-charge of the Anakapoor Guradikapu Sangham said that this year, the red jowar crop helped them to overcome the losses He said that as the area of cultivation has been drastically reduced, the demand for the crop has shot up and the contractors have increased its price. However, the seed companies and seed contractors have formed a syndicate and trying to reduce the rates. He urged government to take steps and control the syndicates to prevent them from exploiting the farmers, especially during drought.