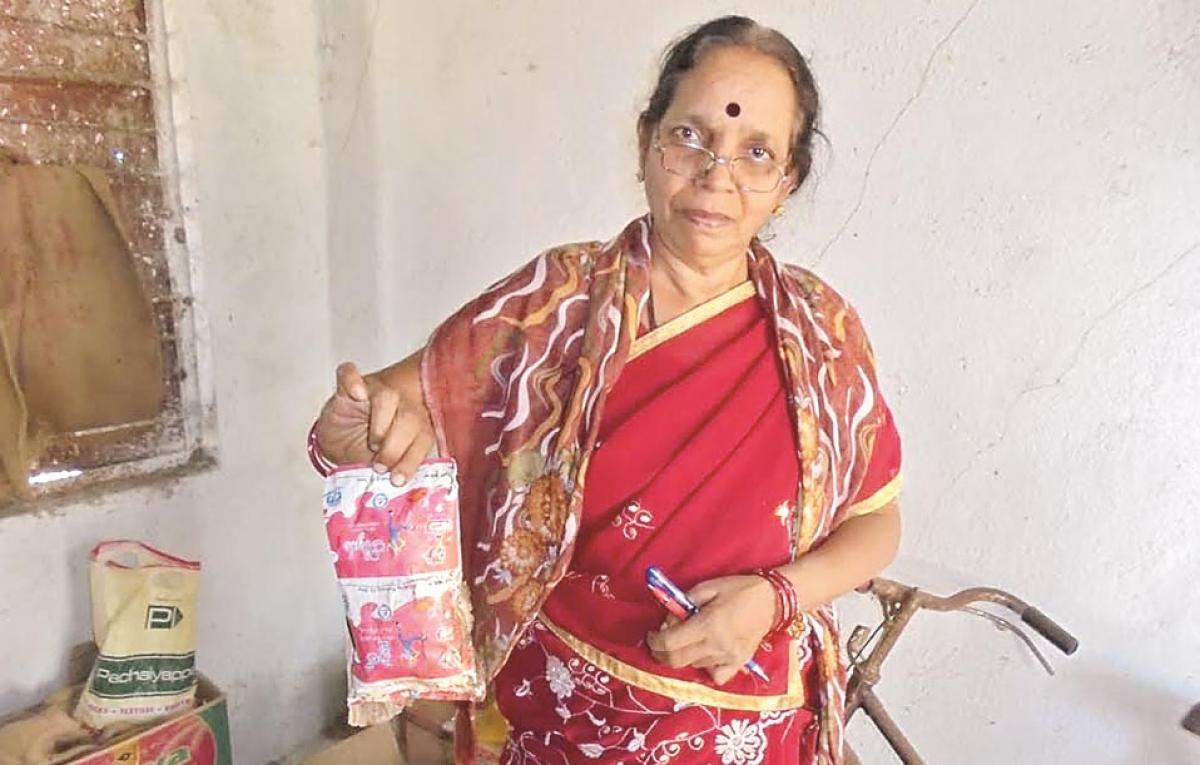 The poor pregnant women and children staying in Anganwadi centres across the district have been deprived of milk due to the indifference of the contractors and officials concerned, particularly in the Agency areas like Narnoor, Keramari and Mudhol for the last one year. These unfortunate women have not been receiving nutritious food also because of poverty.

Adilabad: The poor pregnant women and children staying in Anganwadi centres across the district have been deprived of milk due to the indifference of the contractors and officials concerned, particularly in the Agency areas like Narnoor, Keramari and Mudhol for the last one year. These unfortunate women have not been receiving nutritious food also because of poverty. As a result, many of them die during deliveries, because of lack of blood and weakness mostly in mandals like Narnoor, Keramari, Asifabad, Utnoor, and Indravelli.

The women are also deprived of nutritious food. This is resulting in severe health problems, complained Preetika of Adilabad. Milk is being made available to women and children daily four times in a year—first time in March, later in June, October and November—in the district in Adilabad Urban, Rural, Nirmal, Mudhol, Utnoor, Kagaznagar, that too less. While only 25 of the 50 persons residing in a centre are being provided milk, others are denied milk by contractors and officials who claim that there was no supply meant for them.

Not even 200 ml of milk was given to them for the last ten days. In some areas, both pregnant and lactating mothers were being denied milk. Even if it was made available, it is of poor quality. Speaking to The Hans India on Wednesday, the concerned officials said that they were unable to supply milk because of lack of support from the top. Expressing her anger, a pregnant woman Rajitha lashed out at the officials for giving lame excuses, instead of taking steps to ensure the supply of milk.

However, despite the irregular supply, there is no difference in the expenditure incurred by the Anganwadi centres, with each of the 18 divisions in the district spending about Rs 2 lakh. A bill of Rs.308, 640 was paid to contractor Karunakar Reddy for milk supply in March in Adilabad (urban) division. Amounts ranging from Rs 4 crore to Rs 6 crore are being spent every year for supplying milk to poor women.

There were allegations that no contractor was spending Rs.50 lakh on the supply. The beneficiaries accuse the officials and contractors of collusion to deny them milk, particularly in the Agency areas. Many contractors are allegedly close to the ruling party leaders. As such no action is being taken against them, the beneficiaries lamented.

Persons running the anganwadi centres grumble that they are not able to counter criticism of beneficiaries. Sarita who runs the Adilabad centre, said that she has been having a tough time unable to answer women and children. The beneficiaries want the government to provide them nutrients and take action against contractors like Karunakar Reddy and officials, who help him.