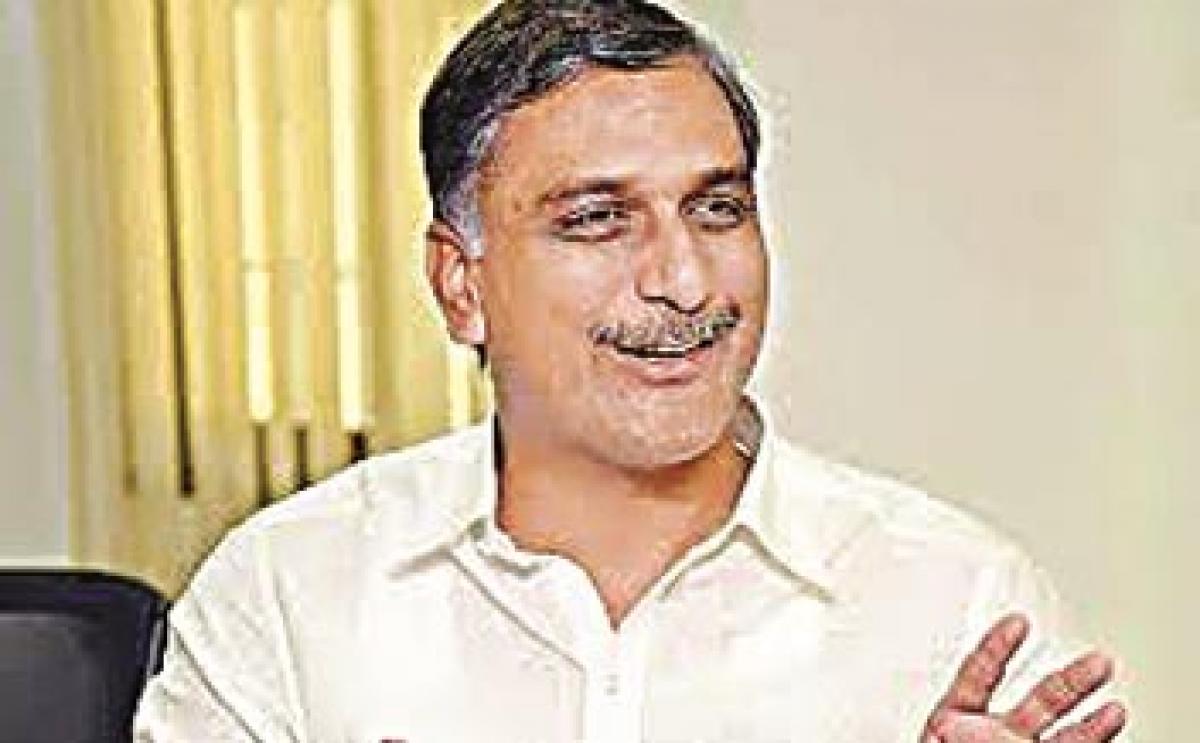 Speaking to the media after the meeting of National Water Resources Coordination Committee constituted by the Centre to prepare a roadmap to complete the pending irrigation projects identified across the country, Harish said Indiramma Flood Flow Canal, Rajiv Bheema, Jagannathpur, Komaram Bheem and Palem Vagu projects would be included under AIBP and PMKSY this year.

The projects would be taken up on priority basis with central assistance. Proposals for the execution of the five projects would be forwarded to the Union ministry by March 11. Centre also agreed to release pending Rs 112 crore under AIBP to Devadula project in a week’s time.

Stating that the Devadula project would be completed by 2017-18, the Minister said that he requested Uma Bharati to increase funding under AIBP from the present 25 per cent to 60 per cent of the total cost of the each project. The allocations for the projects taken up in the extremist affected areas in Maharashtra, Telangana and Chhattisgarh were also discussed.

He asserted the need to provide more funds for such projects. Harish Rao said the demand for increasing the limits of the loans taken from NABARD for the construction of the irrigation projects and the Centre and state’s share in the payment of loans were discussed. The Centre would take a decision towards addressing the issue soon.

The Minister said he suggested the Union ministry of Water Resources and CWC to hold a meeting with all the states every month and address the pending clearances of the projects. He urged the Centre to bring in single window system and speedy environmental clearances to tide over abnormal increase of project costs due to the delay.

Harish further said that the committee would hold second meeting on March 21 where some more issues related to irrigation projects would be discussed.