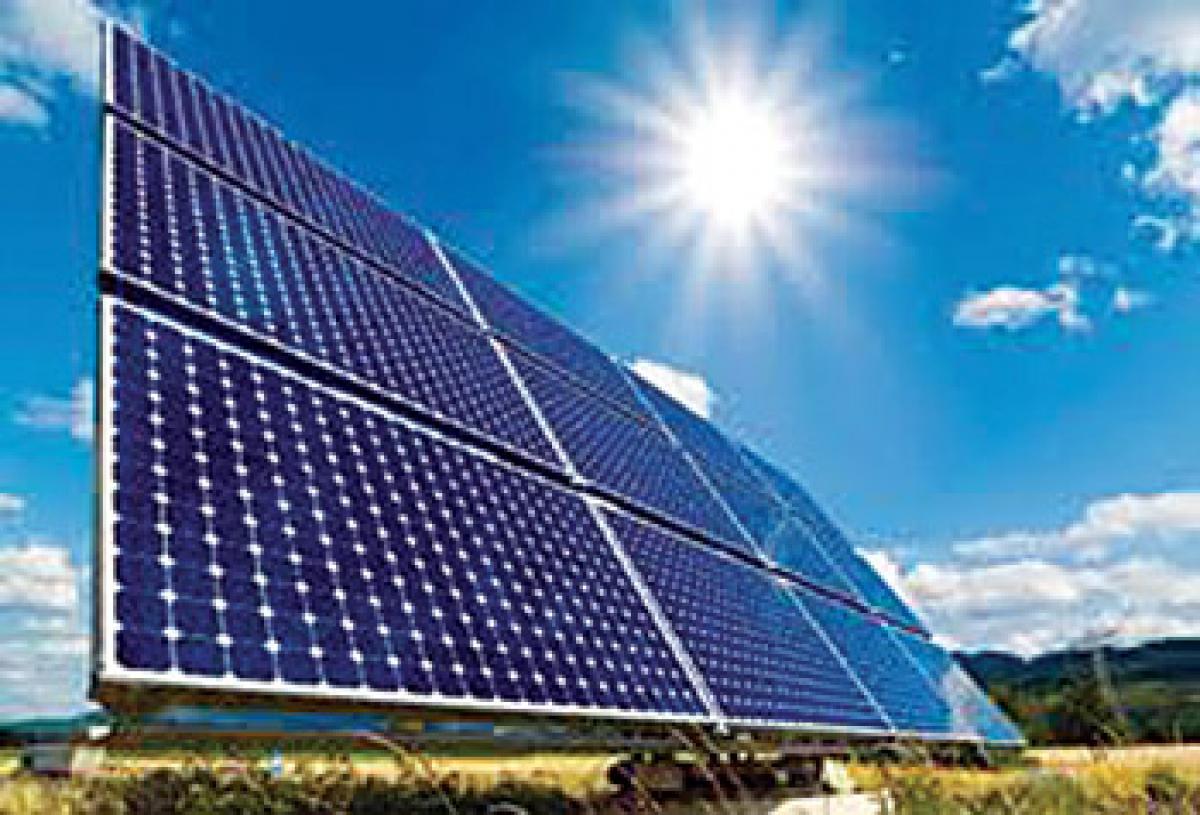 Energy Principal Secretary Arvind Kumar on Friday said he was confident that Telangana would achieve nearly 1,000 MW of solar power generation capacity by the end of next financial year.

Hyderabad: Energy Principal Secretary Arvind Kumar on Friday said he was confident that Telangana would achieve nearly 1,000 MW of solar power generation capacity by the end of next financial year.

The energy secretary held a meeting with officials of the Union Ministry of New and Renewable Energy (MNRE) at the Secretariat and discussed the implementation of solar policy in Telangana State. He informed Joint Secretary (MNRE) Tarun Kapoor that tendering for solar projects totaling 2,000 MW was completed.

He informed that the State had a potential of 4000 MW in wind energy. Referring to the Solar Park which is to come up in Mahbubnagar district, he said that once the land for the project was available, the bidding process would be taken up. A detailed project report would be ready by May second week.

The official also explained about the Green Hub Incubation Centre which the State government was planning to take up with the technical cooperation of the University of Texas.

He sought funding from the Centre under the Green Energy Fund. In a quick response, the Joint Secretary asked the State government to send a proposal to the government at the earliest. TSSPDCL CMD Raghuma Reddy and VC& MD TNREDCL Srinivas Rao and other officials were present.