KCR asks corporators to work in a mission mode 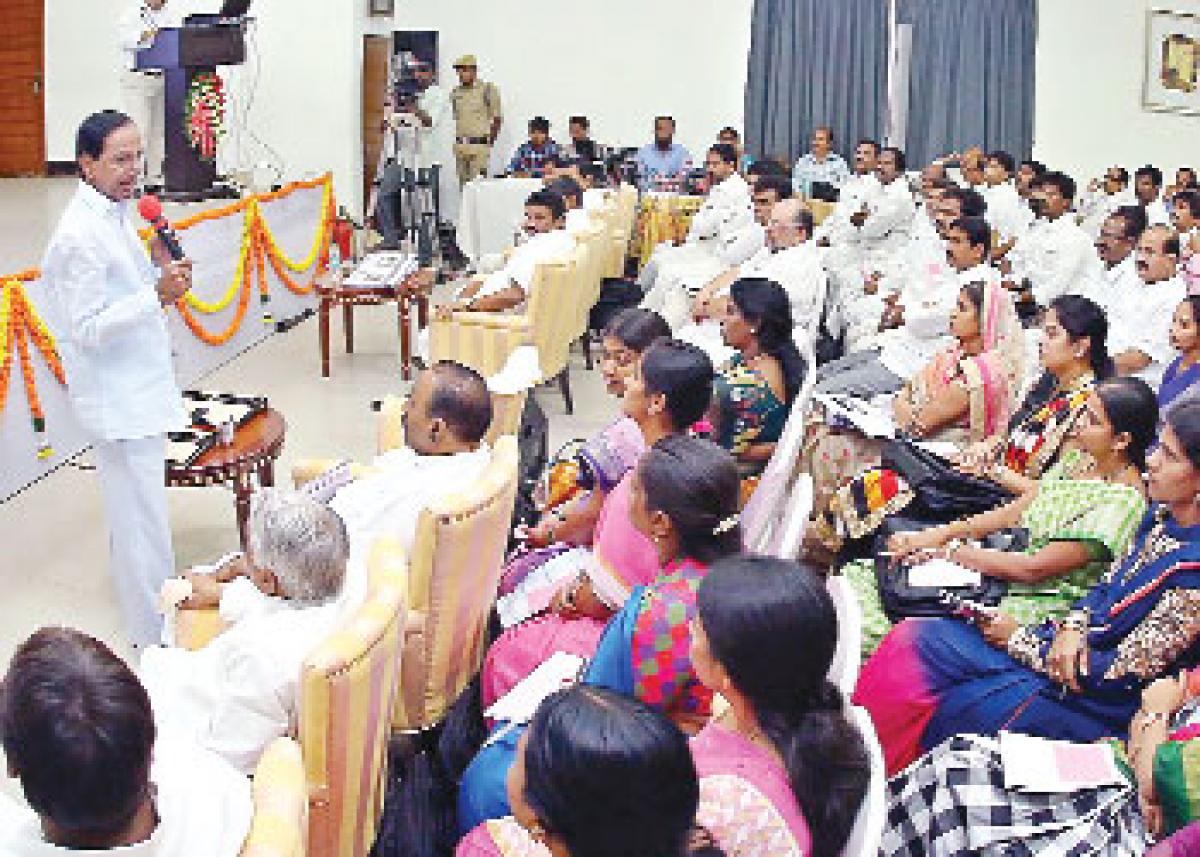 Addressing a three-day workshop which began here on Monday, the Chief Minister said that the people had voted TRS and thereby put them on test.

Hyderabad: Chief Minister K Chandrashekar Rao called upon the newly-elected corporators to ensure that they fulfill all the promises made in the elections.

Addressing a three-day workshop which began here on Monday, the Chief Minister said that the people had voted TRS and thereby put them on test. All public representatives should remember that people had given them a chance this time with the hope that they will be different from the Congress, the TDP and the Majlis parties which had ruled in the past. If the TRS public representatives fail to live up to the expectations of the people, then the pink party would also reach the same fate like other political parties had gone in the elections. “If we do not perform we will perish,” he said.

Rao asked the public representatives to avoid being headstrong and not to run away from the problems. He accused the previous leaders of the civic body of having destroyed the city and leaving behind a legacy of problems “Let us have a plan to perform to satisfy the people with regard to amenities and problems. The corporators should spontaneously address the problems and resolve them,” he said.

The Chief Minister called upon them not to change attire, language and attitude on being elected a corporator and instead work sincerely to win their hearts by offering suitable services. He asked the corporators to visit Monda Market in Secunderabad and see that other markets were built immediately. “We need Rs 11,000 crore to beautify the city on par with global standards to have all facilities and infrastructure,” he said and sought to know what would happen to Hyderabad if it witnesses same rainfall and deluge that battered Chennai city recently.

“The battle will be already won half if you could find a solution to the challenge of making Hyderabad a global city with the best facilities by spending every paisa of our revenue with a plan,” said KCR. He asked the corporators to work in a mission mode along with the officials to resolve the issues.
He suggested the corporators to go on study visits to New Delhi, Nagpur and other metro cities and study issues like maintenance of sanitation, supply of waters, power and other amenities, water clogging, traffic jams, environment, congestion in streets, failure to develop backward areas etc.