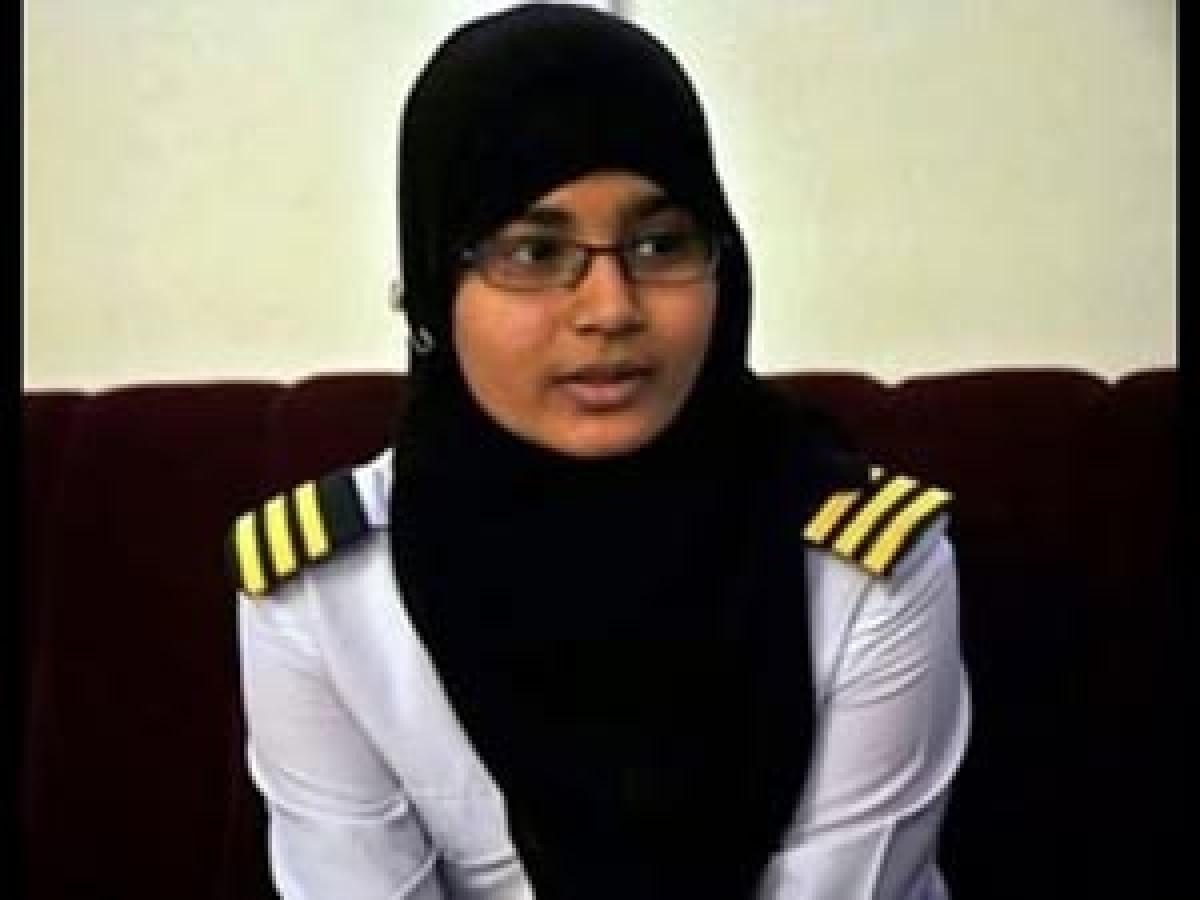 Salwa Fatima, who comes from a poor financial background, became a sensation after she became a ‘commercial pilot’. Moved by her passion, the Chief Minister had ordered sanctioning of Rs 35 lakh  for flying a ‘multi-engine aircraft’ and ‘simulation’ training of 15 hours and 10 hours respectively.

Hyderabad: Though it has been a year since Chief Minister K Chandrashekar Rao promised financial support to city-based woman pilot Salwa Fatima and karate champion Syeda Falak, they still remain unfulfilled. The Chief Minister had earlier promised to provide a financial aid of Rs 35 lakh to the young aspiring pilot and Rs 15 lakh to the sportswoman in 2015.

Salwa Fatima, who comes from a poor financial background, became a sensation after she became a ‘commercial pilot’. Moved by her passion, the Chief Minister had ordered sanctioning of Rs 35 lakh for flying a ‘multi-engine aircraft’ and ‘simulation’ training of 15 hours and 10 hours respectively.

The government had also issued a G O so that she can obtain training at GMR Aviation Academy and Telangana State Aviation Academy. But technical issues are acting as hurdles for her to get the aid. One of the issues is the lack of clarity as to where Salwa Fatima would be trained.

Despite the promise made by the Chief Minister, Fatima’s dream is yet to be fulfilled. Speaking to The Hans India, Salwa Fatima said she had approached the CMO to know the status of the sanction. She was told that the matter was currently being examined. “Had the amount been released, I would have completed the course either in Switzerland or Dubai, if not in Hyderabad,” she said.

Though the government agreed to pay the amount directly to the academies here, the TS Aviation Academy does not have advanced training facilities like simulator. Hence, she had applied for transfer to a better academy. Meanwhile, Syeda Falak, a national level karate champion, is also waiting for the amount promised by the Chief Minister. Speaking to The Hans India, she recalled that the Chief Minister had promised her Rs 15 lakh, which was also endorsed by Sport Authority of Telangana State.

But due to some technical issues, the file was closed. “Chief Minister’s announcement was reassuring, but unfortunately it remained unfulfilled. I am not disappointed, but I strongly feel I deserve it,” said the confident youngster. When The Hans India tried to contact the higher officials of Chief Minister’s Office and Minority Welfare, they did not respond.

K Bhoopal Reddy, Special Secretary to the Chief Minister and Syed Omar Jaleel, Secretary, Minorities Welfare Department said they were too busy to answer the queries. Syeda Falak recently won gold medal in the USA Open Karate Championship 2016 in Senior Female Kumite category and has returned from her tour only on Monday.