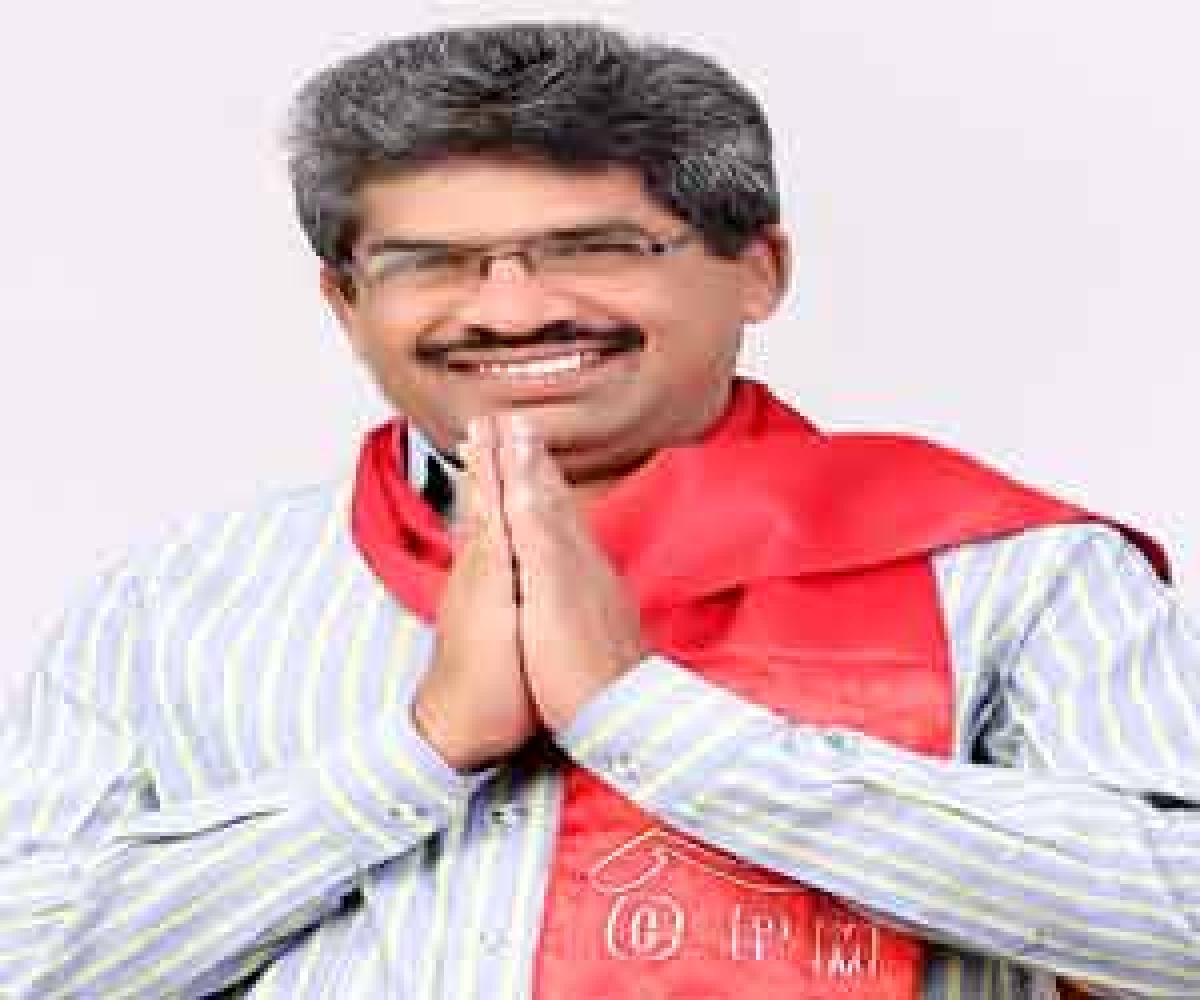 The Communist Party of India (Marxist) on Monday announced Pothineni Sudarshan Rao, who unsuccessfully contested the 2014 election, as its candidate for the bypoll to the Palair Assembly seat.

​Khammam: The Communist Party of India (Marxist) on Monday announced Pothineni Sudarshan Rao, who unsuccessfully contested the 2014 election, as its candidate for the bypoll to the Palair Assembly seat.

Pothineni, the CPM district committee secretary, who secured 43,984 votes and finished third in the contest, will have another go at the Palair seat. Telugu Desam’s MB Swarna Kumari was the runner-up while the Congress’ Ramireddy Venkat Reddy emerged winner by a margin of 21,758.

Announcing Pothineni as their candidate, Telangana State secretary Tammineni Veerabhadram disclosed that they were close to forge an electoral tie-up with the CPI for the by-poll. He said that efforts are also on to garner the support of both the groups of CPI-ML New Democracy.

“As a policy matter, we are against forging an alliance with the Congress even to defeat the ruling TRS,” he said, while ruling out the support to Sucharitha, wife of Venkat Reddy. Once the TRS decided to stay in the fray, there is no point in thinking about leaving the seat unopposed to Sucharitha, Tammineni said.

“CPM will expose the TRS government’s failures,” he said, referring to the party’s poll plank. When CPM agitated for Dummugudem project in 2003, Tummala Nageswar Rao, the minister for roads and buildings,

Minister for Roads and Buildings Tummala Nageswar Rao is an opportunistic politician, Tammineni said, referring to the CPM’s agitation demanding Dummugudem project in 2003.

Then Tummala belittled our agitation and now claims credit for the same project, now christened as Srirama Project, he said. Meanwhile, Pothineni will file his nomination papers on April 28.