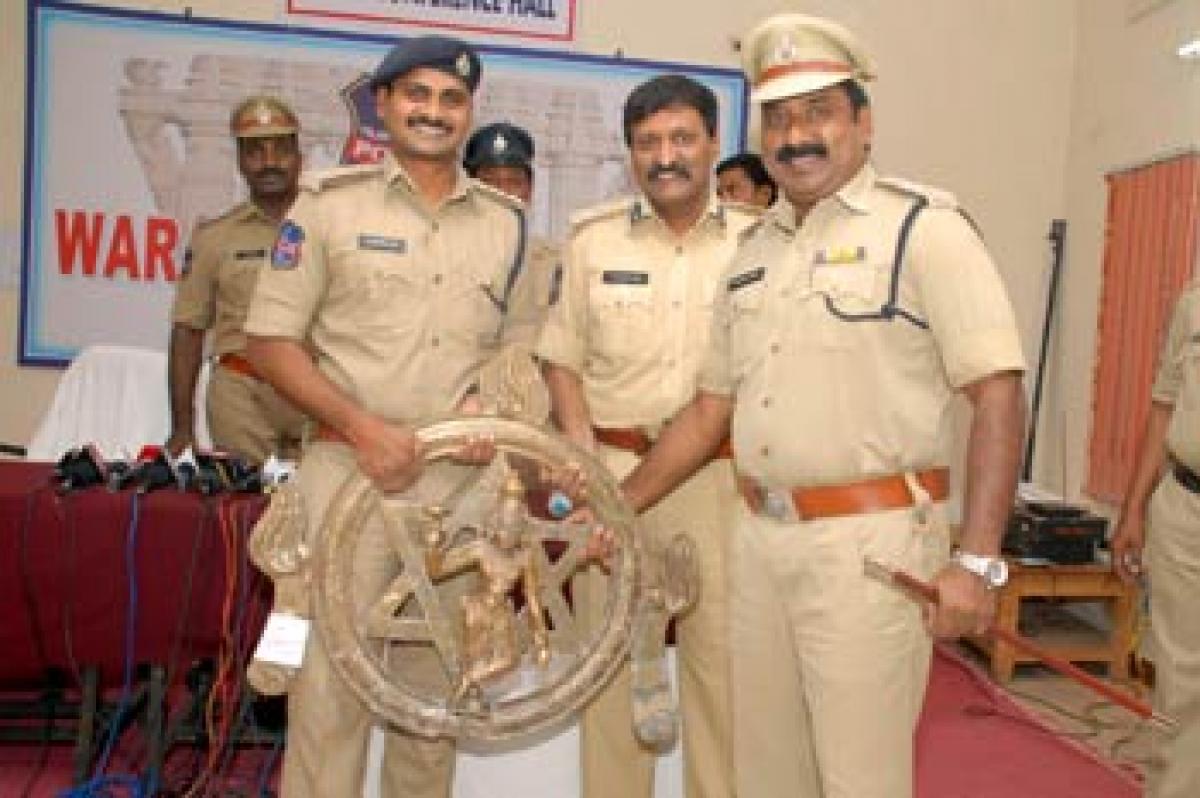 In a swift action, Warangal Commissionerate Central Crime Station (CCS) police have arrested a two-member gang and recovered a Panchaloha idol worth...

Warangal: In a swift action, Warangal Commissionerate Central Crime Station (CCS) police have arrested a two-member gang and recovered a Panchaloha idol worth Rs one crore within 24 hours of its theft. The Panchaloha idol weighing about 70 kilograms consists of Sudarshana Chakra embedded with a figurine of Lord Krishna was stolen from the famous Mallur Laxminarasimha Swamy temple of Mangapet mandal in the district during midnight hours of Monday, said Commissioner of Police G Sudheer Babu.

The police have also seized a two-wheeler from the accused identified as Dasi Praveen (24) of Basvarajupally village in Mulugu Ganapuram mandal and Janga Madhukar from Kompally in Bhupalpally mandal in the district. On Tuesday, Sudheer Babu informed the media that the duo was arrested near Peddamma Gadda bridge in the city while they were bringing the idols to Hanamkonda to verify its value.

Praveen who owns a tractor used to supply sand for house constructions but his tractor was seized some time back as he failed to obtain permissions for supplying sand. As he suffered financial losses, he along with his friend Madhukar planned to steal Panchaloha idols which have huge demand in international market.