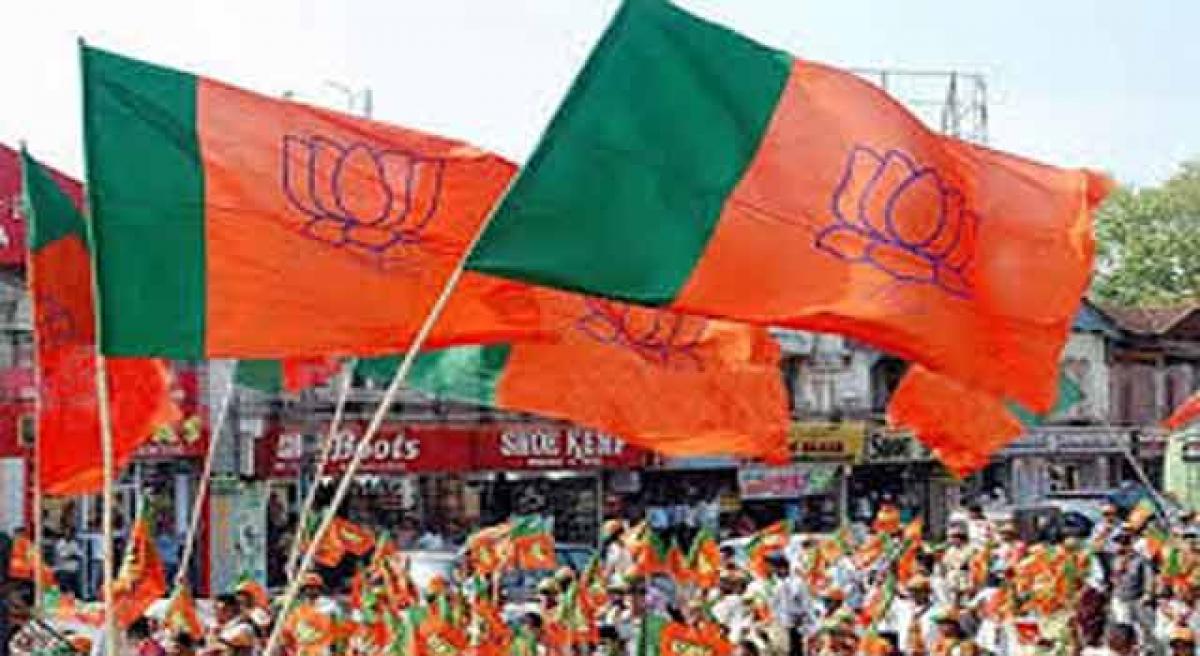 Telangana BJP, which is aspiring to be a force to be reckoned with in the State, is now in search of second line leadership as the party has decided to give 30 per cent posts in the party to the youth leaders.

​Hyderabad: Telangana BJP, which is aspiring to be a force to be reckoned with in the State, is now in search of second line leadership as the party has decided to give 30 per cent posts in the party to the youth leaders.

The national leadership wants the party to grow in South and particularly in the two Telugu states of Telangana and Andhra Pradesh. Telangana is one among the five southern states where the party wants to strengthen by 2019 elections.

As party's senior leaders in the State, including Union Minister Bandaru Dattatraya, N Indrasena Reddy, Baddam Balreddy and others have attained the stage of senior citizens, the party wants to infuse new blood to take the party forward.

The party’s national leadership has been insisting on having youth leaders in the party and State president K Laxman’s recent districts tour is seen as an attempt to find new blood, who could lead the party.

Sources said that the national leadership has asked the state leadership to reserve 30 per cent posts within the party for the youth and also wanted the party to concentrate in rural areas.

Presently, the BJP has five MLAs in Assembly and all of them come from the urban areas of Greater Hyderabad Municipal Corporation.

The party is finalising the filling of district posts and the exercise has been completed in five of the 12 districts (there are two units in Hyderabad and Warangal each) in the State and the exercise would be completed before the visit of national president Amit Shah to the State, who is expected to visit the State on May 15.

A senior party leader said that the tentative schedule of the national president is May 15, which is after taking part in campaigning in Tamil Nadu elections. He said that the district committees would be finalised before his visit.

Sources also said that after consultation with the State leaders, the national president would finalise the State committee giving importance to the youth leaders.

“With TDP losing ground in Telangana, there is good scope for the party to grow in rural areas and all that is needed is a good leadership, which could take the party into villages and expose the ruling party’s misdeeds,” said a leader from Nizamabad district.

Party MLA T Raja Singh asserted that youth should be given preference in the party. "Earlier presidents did not give importance to youth leaders but the new president is trying to get as many youth as possible in the party", he said.