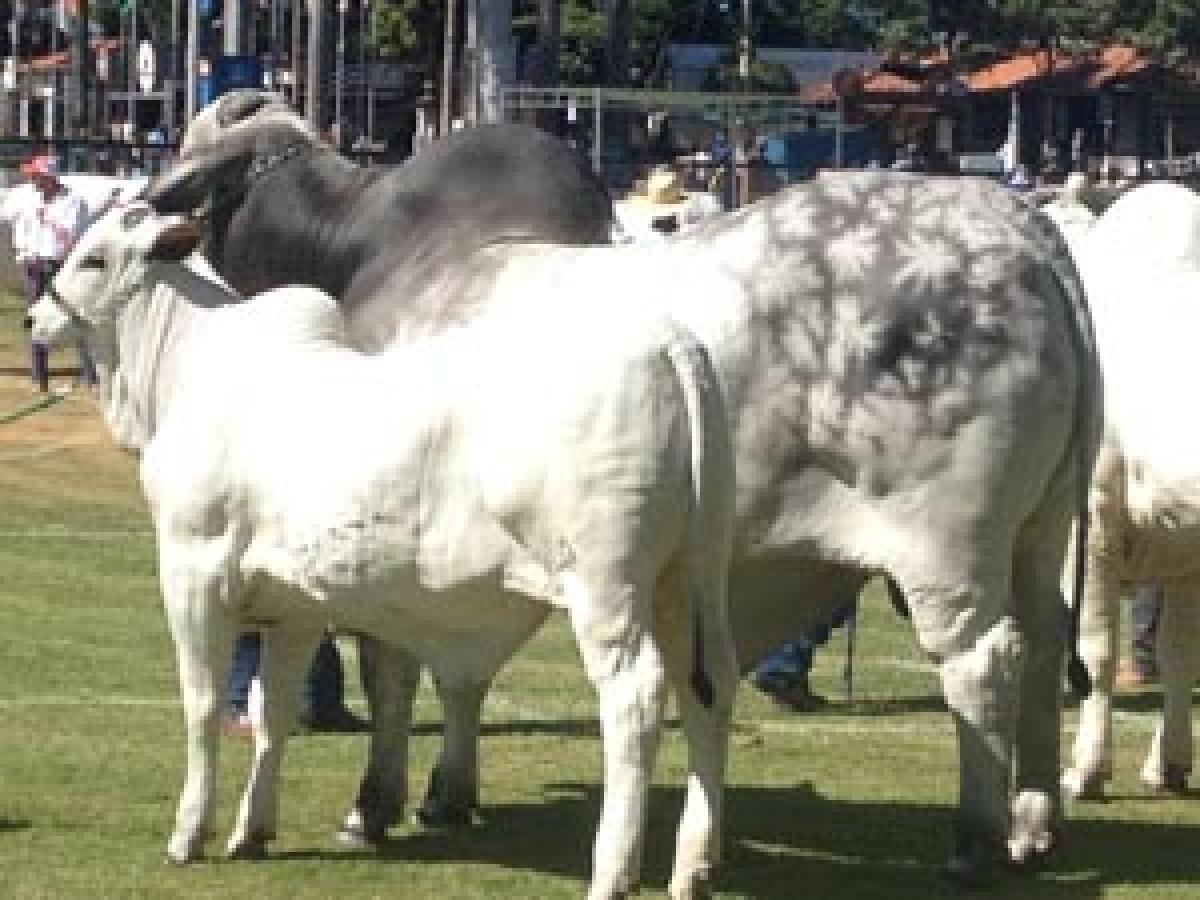 History is repeating itself, albeit with a twist. There was a time when the world looked to Andhra Pradesh to procure the Ongole bull and multiplied the cattle number to such an extent that the 65 per cent of the beef market was of the Indian breed.

Farmers from AP, TS in talks with Brazil to procure semen, embryos

Hyderabad: History is repeating itself, albeit with a twist. There was a time when the world looked to Andhra Pradesh to procure the Ongole bull and multiplied the cattle number to such an extent that the 65 per cent of the beef market was of the Indian breed.

Now, dairy farmers from Andhra Pradesh and Telangana are negotiating with Brazilian companies and farmers to bring back to India semen and embryos of developed breed of Ongole bull which is known as Zebu. The nine breeds in Brazil that occupy 80 per cent of milk production and meat were brought from India and reproduced and improved in Brazil.

Indian breed cattle are now world famous but sadly their number has dwindled in India. Indian breeds such as Ongole, Gir, Tarparkar, Deoni are the backbone of Brazilian pastoral economy. From 56 million in 1965 their number touched to 220 million in 2015 out of which 165 million.

In comparison Ongole cattle in India has reduced to just 2 lakh in the two states. The Ongole breed cattle in Brazil yields close to 25-30 litres of milk where as in India it is hardly 4-6 litres.

The Ongole breed cattle are popularly known as ‘Nelore’ in Brazil, USA and Australia. When the breed reached Brazil in 1868, Ongole taluk was part of Nellore district thus the name. The British rulers were the first to spot the potential of Ongole breed in 1858.

The district collector organised cattle shows and competitions. The cattle was first imported by Brazil and it was exported from there to USA, Australia, Argentina, Mexico, Central America and other countries.

In the back drop of this situation, a delegation of dairy farmers from both Telugu-speaking states and representatives of NGO Ankush which is into conserving and improving recognised indigenous cattle of India left for Brazil on April 30 to look out for business opportunities and technology transfer.

The team would be negotiating with dairy farmers at the 82nd ExpoZebu of Ongole cattle in Minas Gerais State Brazil. The animal husbandry department, AP under the AP Livestock Development Agency (APLDA), is running two pure Ongole breed farms at Chintaladevi in Nellore and Chadalavada but there was a lot need to be done, opine breeders and farmers.

Another breed ‘Brahman’ was exported to USA and Australia subsequently from Brazil and became popular. The reasons for the decline in number is attributed to rain-fed commercial crops such as chillies and tobacco and loss of pastures, pressure on land coupled with demand for milk in urban areas have had an adverse effect. B Venugopal, a breeder, said, “Multiplication of breeding tract was not possible as best animals were taken to city dairies.”

The efforts of the animal husbandry departments of the two states to multiply the number have been poor; thanks to some hardcore fans of the Ongole cattle-rich farmers are keen on breeding them. Experts say that if India does not multiply their number and use the latest technology and breeding methods, the country would be losing out heavily.