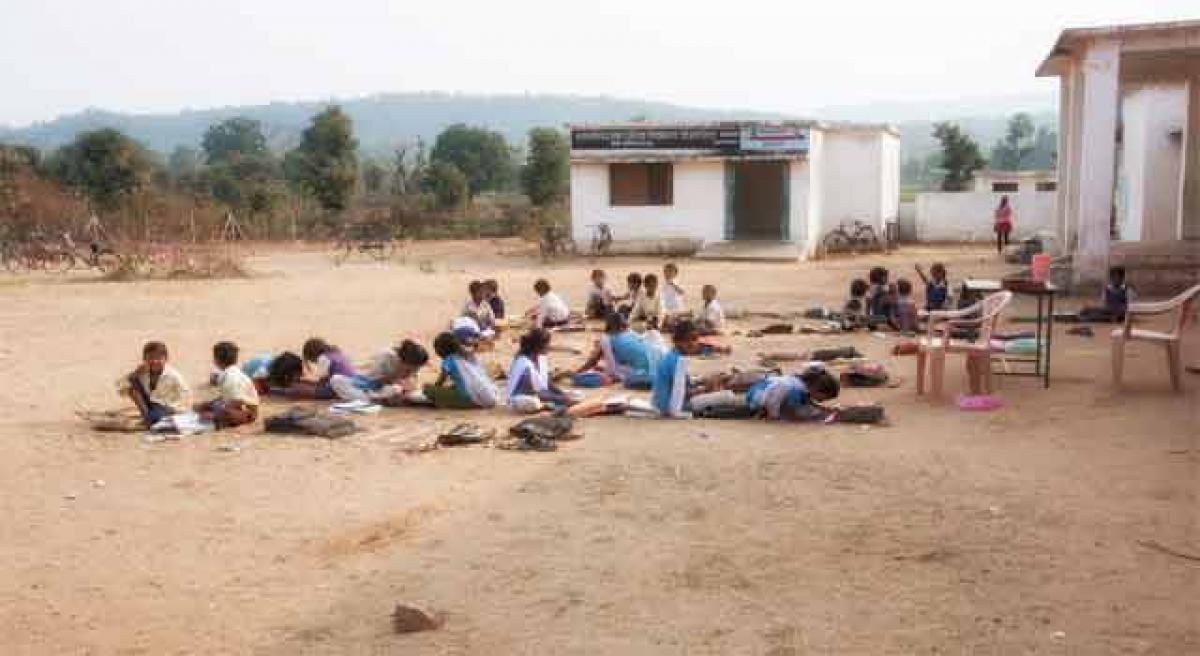 In a significant finding for officials and educationists, it has been observed that promotion of native languages as a medium of instruction helps improve literacy rate among tribal children, going by the Gondi example.

​Adilabad: In a significant finding for officials and educationists, it has been observed that promotion of native languages as a medium of instruction helps improve literacy rate among tribal children, going by the Gondi example.

Gondi, the mother tongue of Gond tribals, is not a popular medium of instruction in educational institutions due to non-promotion of its native script. However, Gondi literature found in native script at Gunjala village in Narnoor mandal of the district in recent times threw light on the richness of the language and the culture of the tribe.

According to historians, the Gondi literature found at Gunjala dates back to one and half centuries. Later, a lot of research was conducted on the language and script to promote Gondi in a big way.

But it was the introduction of Gondi as a medium of instruction that has proved to be a major factor in eradicating illiteracy among Gond children.

Speaking to The Hans India, Gondi language coordinator Vinayak said: “The language as a subject is being taught in 15 tribal schools in the district. As many as 512 tribal children are learning Gondi, which contains 42 alphabets.

Underlining the need to promote Gondi in a big way in Telangana where there is a sizeable Gond population, Peddur Maniki Rao said: ``More research should be conducted on the tribal languages to uphold the rich culture and heritage of the tribes.

In the wake of fast extinction of several local languages all over the world due to lack of native script and patronage, the State Government should make sincere efforts to preserve Gondi. Gonds living in Andhra Pradesh, Telangana, Chhattisgarh, Madhya Pradesh and Maharashtra can be brought into the mainstream through promotion of Gondi.’’

Though there is a research centre at Gunjala, it is facing a fund- crunch restricting it from expanding its activities. Adequate funds need to be allocated to the centre to enable it to take up more research activities on Gondi language and culture.

There is also a need to increase the number of schools where Gondi is taught, to 100 in the district to increase the rate of literacy among tribal children, say educationalists.

Gondi teachers are facing several problems due to payment of meagre salaries, which is coming in the way of promoting the language. “We are being paid a monthly salary of Rs 4,500 only which is highly inadequate considering the steep rise in general prices,” said Ganesh, a teacher.

Another teacher Kamala adds: “We are not being paid on time either. Gondi teachers need to be encouraged to promote the tribal language by increasing their salaries and extending more benefits to them.”

Gondi teachers Padma and Roopdev expressed their hope that the State Government would lay greater emphasis on promotion of the Gondi language as it reflects the rich culture and heritage of Gonds and would protect it for posterity.