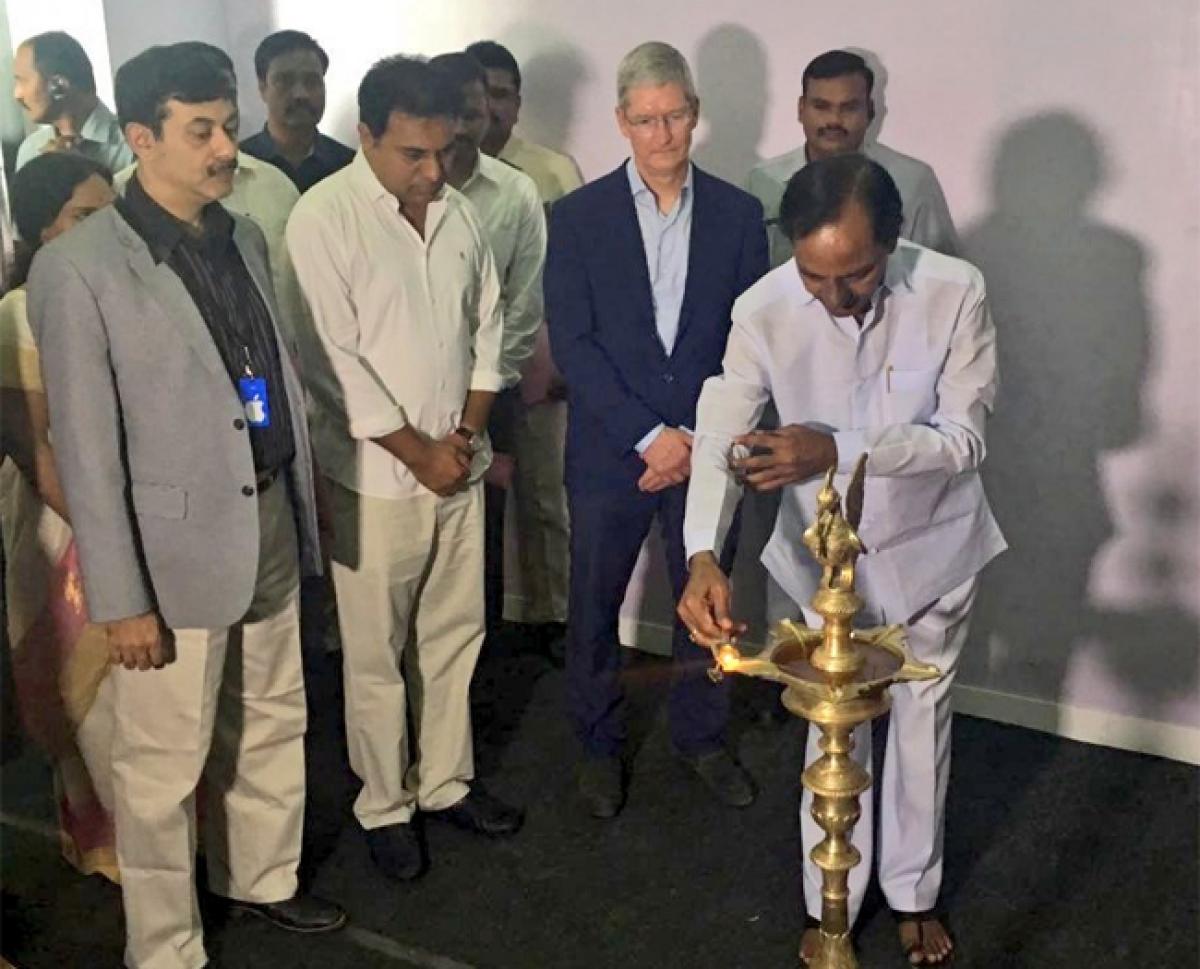 Speaking on the occasion, KCR welcomed Tim Cook for coming forward with their investment in Hyderabad and supporting the Telangana government. Stating that the IT policy would come with good technological features, the Chief Minister assured all the co-operation in this regard.

KTR too addressed the media on the occasion where he highlighted the scope of IT sector in Telangana particularly in Hyderabad. Expressing happiness that top IT companies such as Google, Microsoft, Facebook, Amazon, etc have come forward to set up their companies in the state, the Minister said that the state government has been waiting for this occasion referring to Apple CEO Tim Cook and promised that the companies would be given co-operation entirely.

Tim Cook also addressed the media where he expressed happiness on the collaboration, saying that they would focus on best products and services in the world.