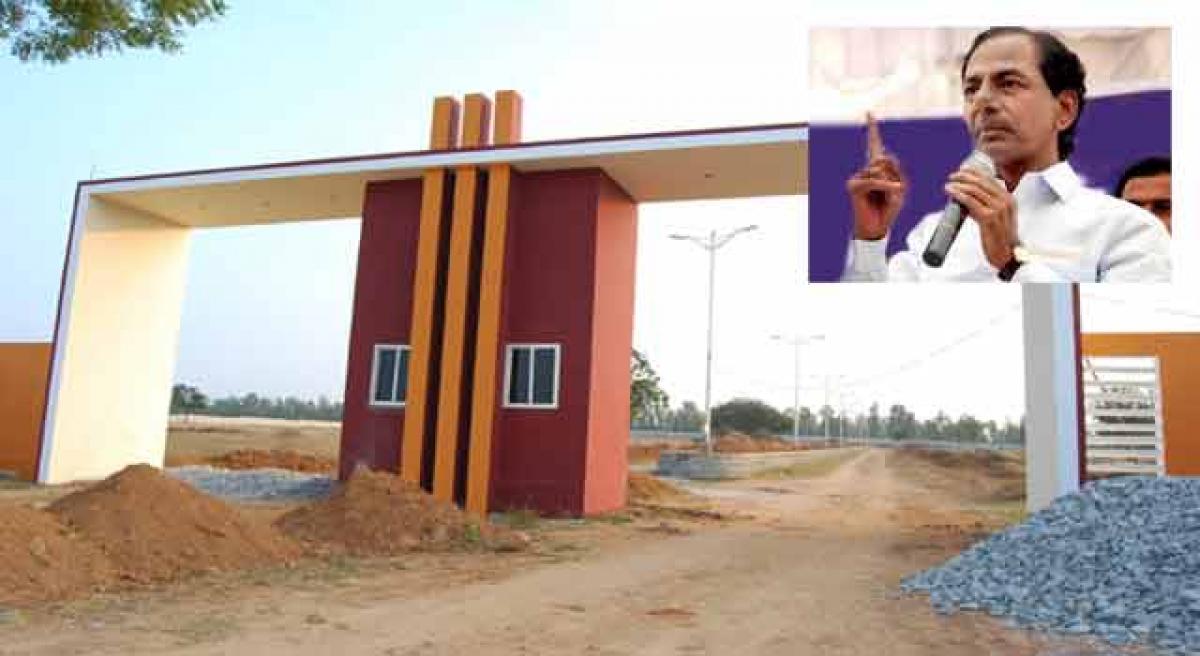 The realty sector is fast gaining momentum in Telangana.  Thanks to Chief Minister K Chandrashekar Rao’s decision to carve out 14 new districts before the Independence Day this year has led to the reality boom in the state.

​Hyderabad: The realty sector is fast gaining momentum in Telangana. Thanks to Chief Minister K Chandrashekar Rao’s decision to carve out 14 new districts before the Independence Day this year has led to the reality boom in the state.

Most real estate companies are busy launching new housing ventures in the proposed district headquarters. Investors are said to be making beeline to buy a chunk of land expecting huge returns in a short time.

This has led to spurt in land prices, increased number of land registrations in the local Stamps and Registration departments and flooding of applications for the conversion of agriculture land into commercial lands.

The number of registrations have increased by 30 per cent in May as compared to April, a senior official of the Registration department said adding that ‘realty boom is back in the state. Substantial land transactions are taking place in almost all districts in the state.’

The government had already hinted that Suryapet and Bhongir in Nalgonda district, Nagarkurnool and Wanaparthi in Mahbubnagar, Kothagudem or Bhadrachalam in Khammam, Janagaon and Bhupalpalli in Warangal, Jagityal in Karimnagar and Mancheryal in Adilabad would be made districts.

Officials said the real estate firms have launched new ventures and had taken up big campaign for the sale and purchase of lands being utilised for housing and construction of resorts.

The private companies are luring customers by offering easy installment payments, bank loans and gifts for those buying the plots in their ventures. In some urban areas, realty companies introduced gated community concept and are constructing houses providing easy loan facility from banks.

It is the clear indication that the property prices are going up in the towns, the official said, adding that registration of the agricultural land as commercial land for the sale of housing plots was also on the rise.

It is expected that the revenue collected through registrations would increase by 50 per cent compared to the last year if the trend continued for the next six months.

The government had fixed a target of Rs 4,385 crore revenue from the Registration department this year. In 2015-16, the department had earned Rs 3,420 crore, officials said. With the present trend, the government is confident of achieving the revenue target, they added.