Pure & edible in all aspects 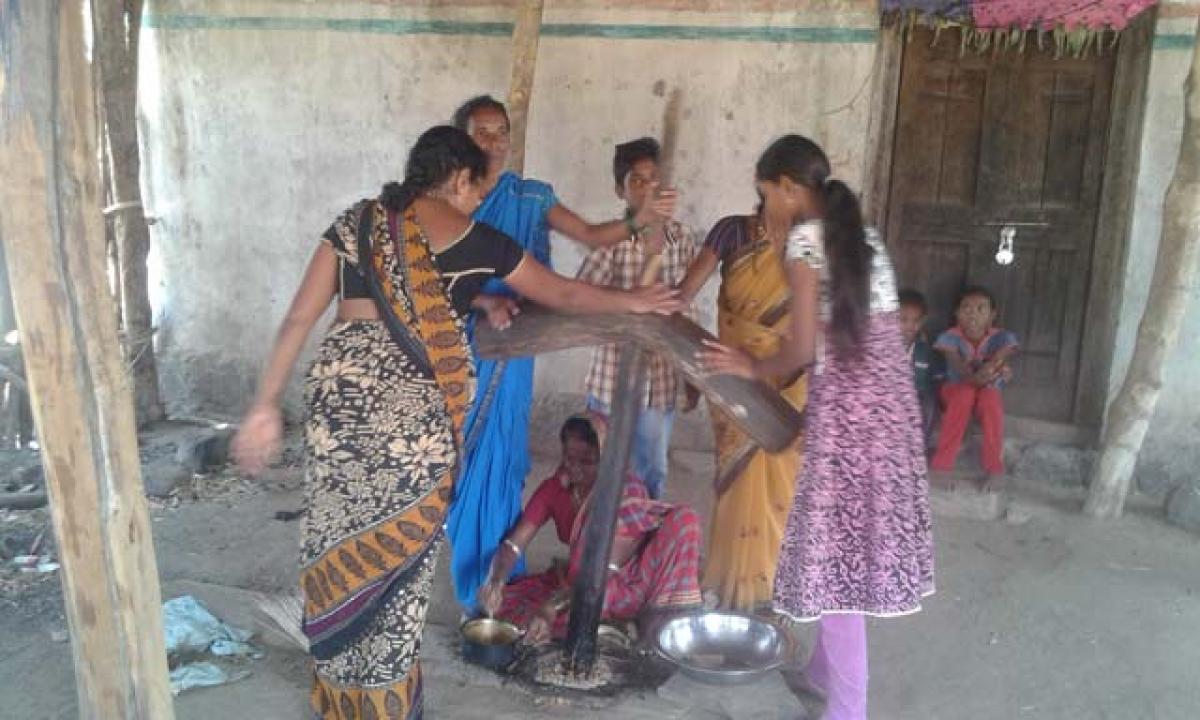 Ganuga (manual oil extractor), a traditional oil extraction device, is still running in several tribal mandals of the district even in the age of refined and super refined edible oils.

Adilabad: Ganuga (manual oil extractor), a traditional oil extraction device, is still running in several tribal mandals of the district even in the age of refined and super refined edible oils. Tribal women of Narnoor, Asifabad, Utnoor, Kerameri and other mandals extract edible oil from groundnut, sesame and other oil seeds by running the ganuga.

Women who are in need of edible oil go to the ganuga in the village with oil seed. It needs four to five women to run the traditional device made of wood. It takes about 30 minutes to extract oil from the seed using the device. About 50 kg of edible oil is extracted in a day on an average in each village in the traditional method. The collective effort helps promote mutual cooperation among them. The running of ganuga is also a good exercise for the body.

The tribal women seem to have more consumer awareness than their urban counterparts though they are not well educated. They are well aware of the fact that the chances of adulteration are high in mill produced edible oil. Speaking to The Hans India, Mangam Vijayalakshmi of Mattadi Singadi village in Utnoor mandal said ``we will not go to mills to get oil extracted from the seed. We get edible oil as per our family requirements by running the ganuga. We are following the traditional practice as use of edible oil extracted from the ganuga is good for health.’’

Another tribal woman Yamunabai said ``e need not spend anything more to extract oil from the seed in the traditional method. The curries and delicacies made using the ganuga oil are tastier.’’ Mattadi Singadi sarpanch Tirupati said ``t is a natural and eco-friendly method of extraction of edible oil from the seed. The use of ganuga is in vogue from the times our ancestors.

We offer delicacies made using ganuga oil to our Goddess Jangubai. Edible oil extracted from the ganuga is sacred for us as it is pure and healthy.’’ In the wake of reports of adulteration of edible oil with fat extracted from animal meat in mills, the tribals deserve appreciation for keeping a healthy tradition alive without getting carried away by the attractive advertisements of major oil brands.