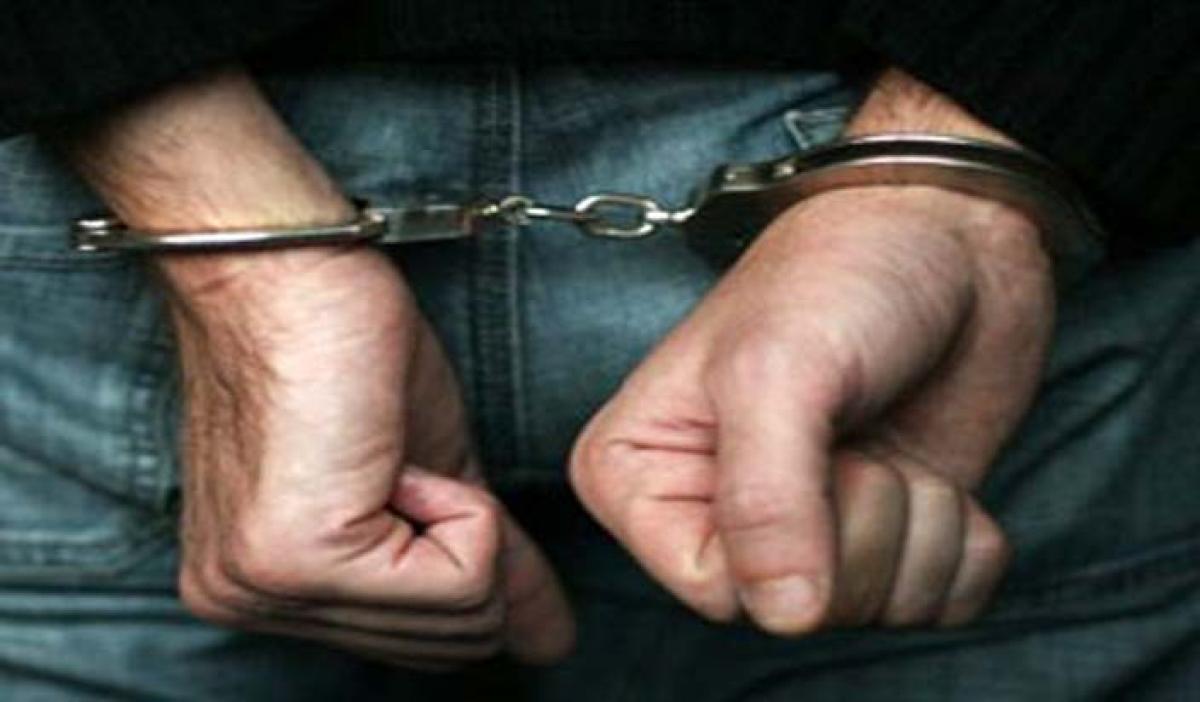 A private school principal has been arrested after he allegedly misbehaved with a 13-year-old girl student.

A private school principal has been arrested after he allegedly misbehaved with a 13-year-old girl student.

The principal of Samaritan High School at Neredmet, A Vishwanath was arrested on Thursday and sent to judicial remand.

The girl in her complaint with police against the accused principal stated that when she was alone in the classroom doing some classwork, Vishwanath, who was on rounds, went to her and made unwanted gestures and remarks.

A case has been registered under the Protection of Children from Sexual Offences Act (POCSO) Act.