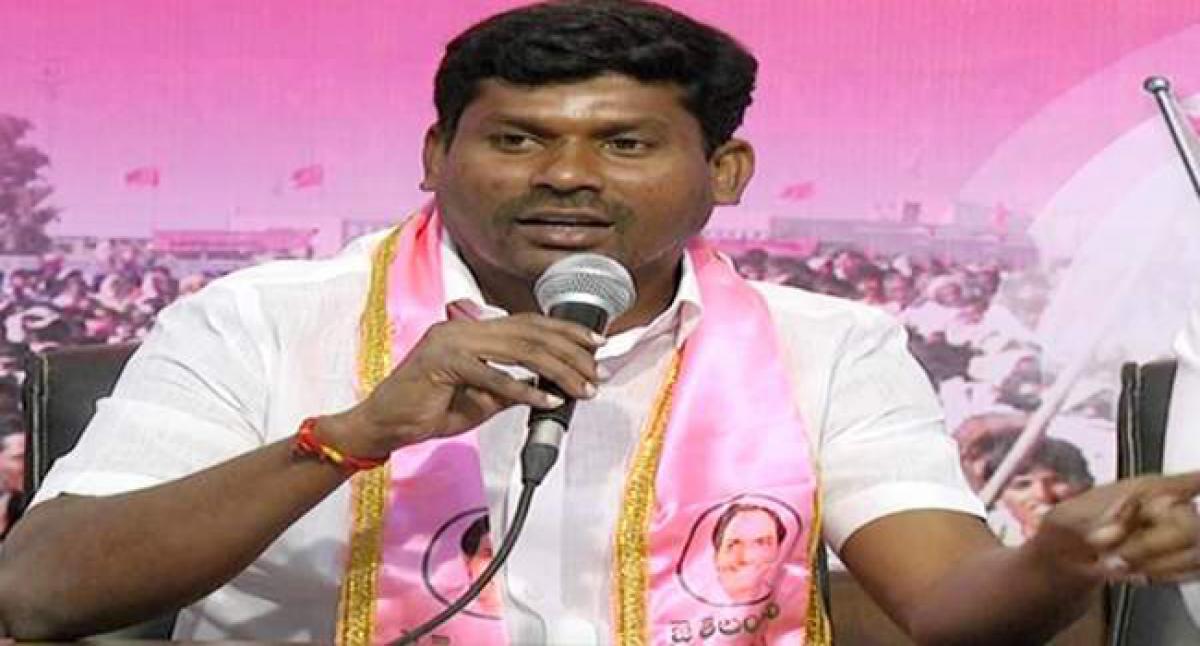 Achampet MLA Guvvala Balaraj has alleged that during the past 10 years of Congress rule they only laid foundation stones and dug up empty canals to get commissions from the contractors.

Gadwal: Achampet MLA Guvvala Balaraj has alleged that during the past 10 years of Congress rule they only laid foundation stones and dug up empty canals to get commissions from the contractors.

There is not a single instance where they can claim that they had done enough to provide irrigation water to the desert land in the erstwhile Palamuru district.

The Achampet MLA alleged that instead of serving the people of Gadwal and fight for their welfare, the former minister from Gadwal patronised the Andhra projects. He referred to instances where D.K. Aruna had held ‘Harati’ to Handri Neeva project which was constructed to divert the Telangana share of water to Andhra region by the erstwhile Andhra Pradesh government.

“D.K. Aruna did nothing for Gadwal during her tenure as a Minister. It is because of Congress party’s wrong policies and attitude today Palamuru region is backward. Now when KCR government is taking up big-scale irrigation projects on priority the Congress party leaders are doing their best to halt these projects. Because if these projects are constructed they will not have base in Mahabubnagar,” observed Guvvala Balaraju.

He said KCR had begun his first Padayatra for the Telangana movement from Gadwal because he had special attachment to the people of Gadwal and he knows the issues and problems faced by the people of this region.

He said it is because of KCR commitment and dedication that the state government could take up mammoth irrigation projects and at the same time give equal importance to welfare of the poor. The state government had received many awards for its innovative approach of development in the entire country.

“We are sure that after June 29 grand meeting in Gadwal, the Congress party will definitely lose its deposits in the upcoming elections next year,” predicted the MLA.