AITUC to fight for implementation of Minimum Wages Act 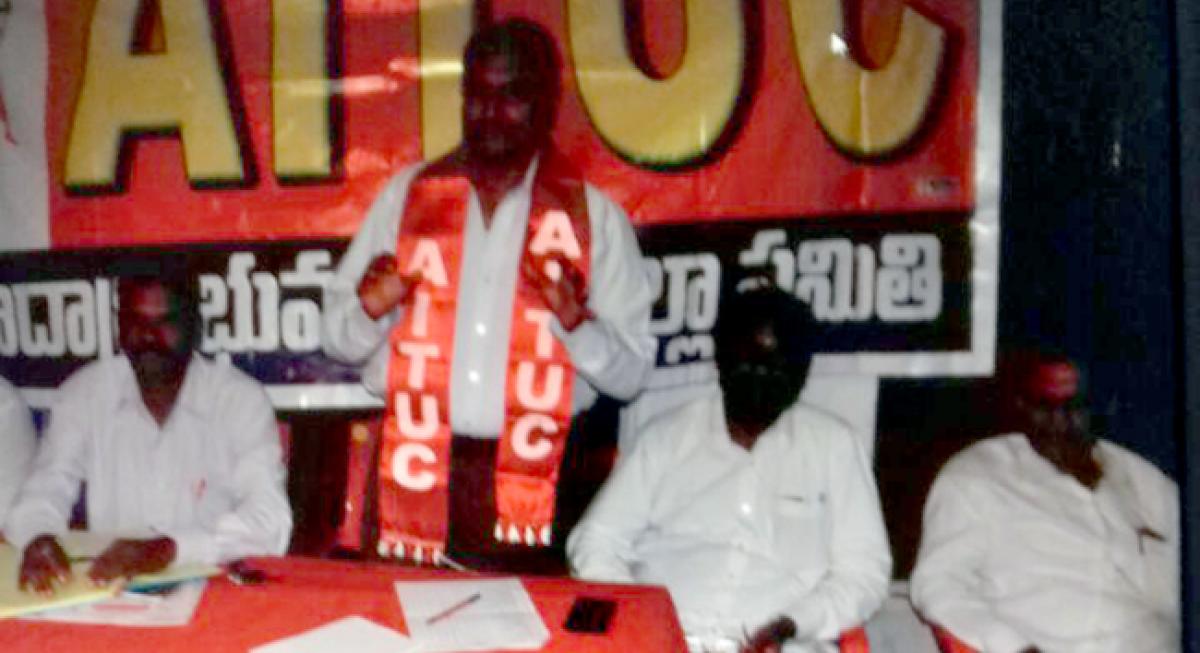 The AITUC, he said, had expressed its solidarity to the indefinite strike by the Gram Panchayat workers. He called upon the workers to get ready for a fight against both the State and Central governments to achieve their demands.