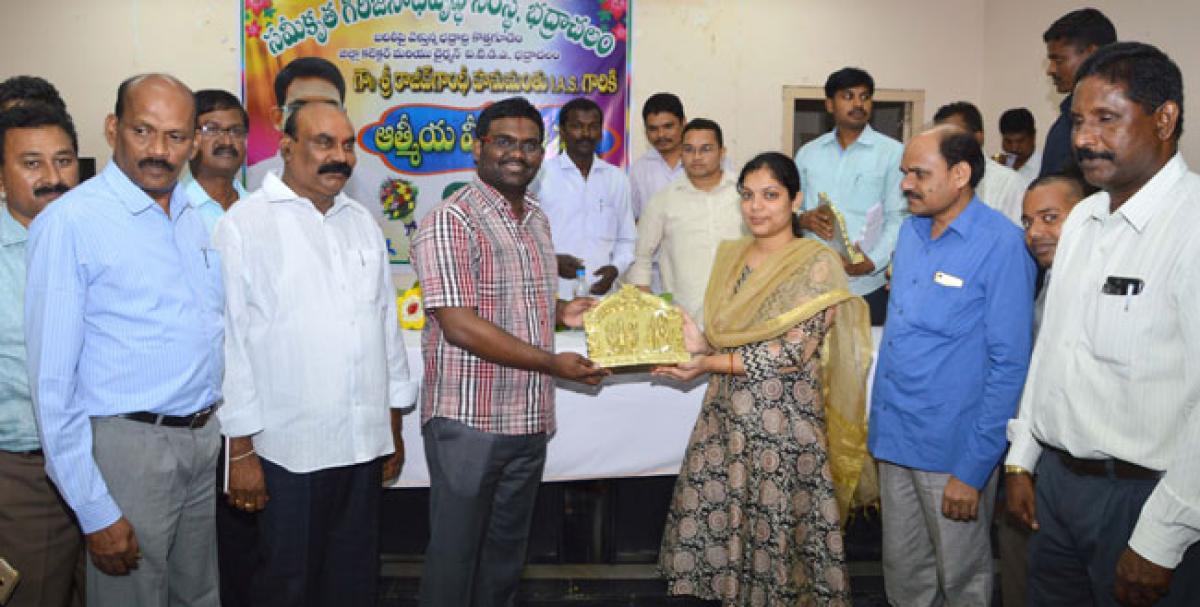 A felicitation programme was organized in the meeting hall by the officers which was chaired by Projected Officer Pamela Sathpathy. Speaking on the occasion, Pamela praised the services of Collector Hanumanthu as the District Collector.

He implemented several schemes in the ITDA. The main festivals of Lord Rama and Lord Sri Rama Kalayanam were conducted on a grand level during his tenure. The unit officer also praised the services of the outgoing District Collector.

Extending special thanks to the staff, Hanumathu said due to the cooperation of them best administration could be possible in the district. After the programme he was felicitated by all officers.