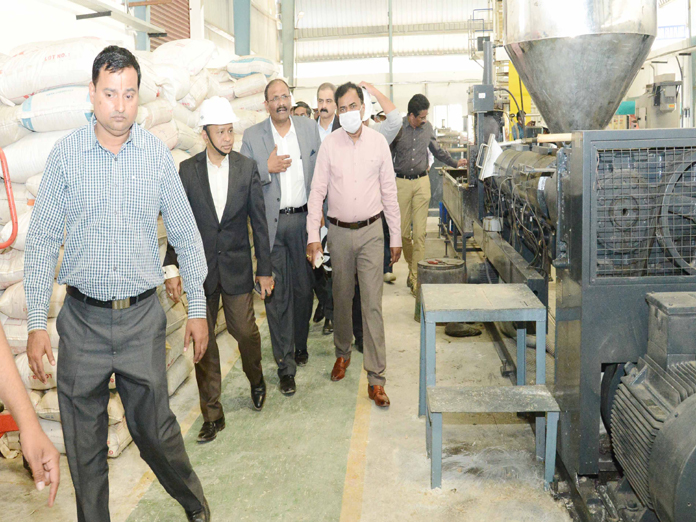 GHMC Commissioner Dana Kishore inspected Jawahar Nagar dump yard on Friday, where the second phase of capping works have been taking place More than 13 million tonnes of garbage waste has been deposited at the 135acre yard since 2001

Jawahar Nagar: GHMC Commissioner Dana Kishore inspected Jawahar Nagar dump yard on Friday, where the second phase of capping works have been taking place. More than 13 million tonnes of garbage waste has been deposited at the 135-acre yard since 2001.

The city has an extent of 625 km of area, and the garbage that it is producing every day is being dumped at the Jawahar Nagar dumping yard since 2002. Gowtham said that the nearby residents of the area are getting affected with a lot of health hazards.

People have urged to control the health hazards several times. The matter has also been placed at the National Green Tribunal. After formation of the Telangana State, the capping process at Jawahar Nagar is being conducted as an effort to control pollution and health hazards, as per the directions of the Ex-Municipal Minister KT Rama Rao.

The project is estimated to cost around Rs 144 crores, and to this effect, a GO was issued in March 2018. The total works have to be taken up in six phases, out of which the first phase of the capping works was completed.

In and around the areas of the Jawahar Nagar, about 6,000 tons of clay has been covered in the entire dumping yard and as much as nearly 90% of the smell has been reduced.

The second phase of capping has been started where geosynthetic clay lining works have been started, and by June 2019 end, the total capping works will be completed by the Solid Waste Management, and it is one of its kinds in the entire country. Later, the commissioner, along with his team, also inspected the production of manure through garbage.