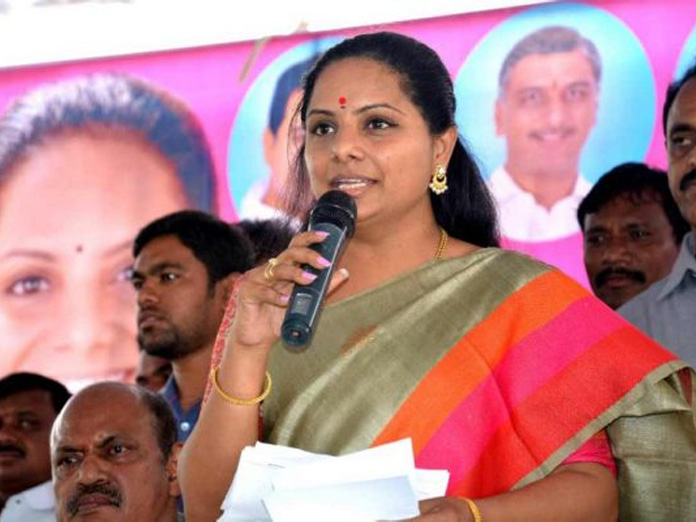 ​Hyderabad: Nizamabad MP K Kavitha on Wednesday said that people should go beyond the Mandir-Masjid politics and vote for leaders who would work for the country.

The TRS leader was live on Twitter answering questions of her followers #Ask MP Kavitha on Wednesday. One of the users sought her opinion on Ram Mandir issue to which she said that it had become an election issue.

“They have reduced it to an election issue. We should grow beyond Mandir-Masjid politics. Forget all those who talk of such issues and elect leaders who will work for you and for the country,” said Kavitha.

The TRS MP said that TRS would win more seats in Lok Sabha elections as Chief Minister K Chandrashekar Rao delivered whatever he promised in the first term. “KCR is the only leader who understands exactly what people need and how to take the State forward,” said Kavitha.

She opined that the regional parties would have a big role in national politics after 2019 elections. She said Federal Front was not for joining of political parties but to bring in change. “People will like the change which KCR is trying to bring,” she said. Telangana is showing path to other governments in the country, she added.

Regarding Priyanka Gandhi’s new role, Kavitha said that the former had been taking up guest role in campaigning for her mother and brother during elections. “Right from grandmother to grandson, they are talking about ‘removal of poverty’. Nothing will happen with words, you have to deliver... we have tested you,” said Kavitha.

On the family party jibe, Kavitha said that 44 per cent of the MPs of BJP were from families. When asked about favourite politician other than KCR, she replied Margret Thatcher.