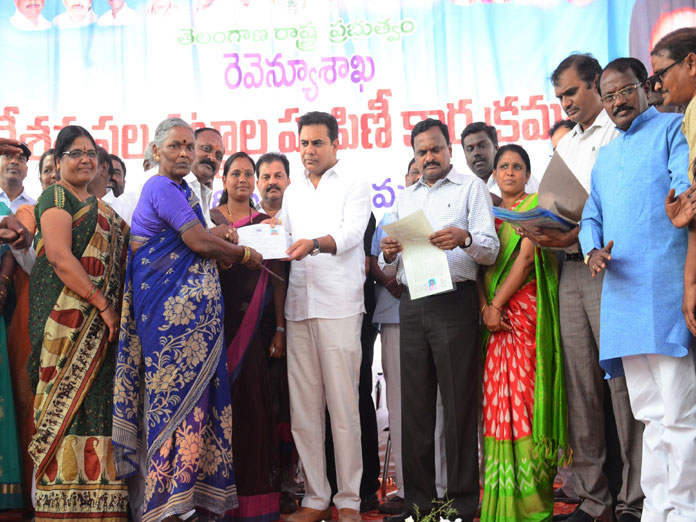 He distributed housing plots to 3,052 beneficiaries at a programme at Government Junior College grounds in Sircilla on Wednesday. Speaking on the occasion, the MLA said that after Hyderabad, large number of housing plots were being distributed in Sircilla and it is for the time in this district.

He ordered the officials to give tap connections to all the beneficiaries, who got housed plots under Mission Bhagiratha project for supplying pure and safe drinking water.

The main aim of the Telangana government is to see that everyone have own house and hence introduced Double Bedroom Housing Scheme across the State.

He asked the people not to pay bribe to any official to get 2BHK houses and must not get cheated by the middlemen. As per the total household survey conducted earlier, houses will be allotted to all. If there are more number of people than the number of houses allotted in a area, then the beneficiaries will be selected through draw without giving scope for irregularities, he assured.

In about four years from this day, Sircilla town will be transformed into a top and model city across the State by taking up various developmental activities. Already Sircilla town became noted after manufacturing Bathukamma sarees. Appreciating District Collector Venkatram Reddy, MLA KTR said that within 15 days of receiving orders to distribute housing plots for shelter-less, the Collector in coordination with revenue and Municipal officials prepared stage for distributing plots.