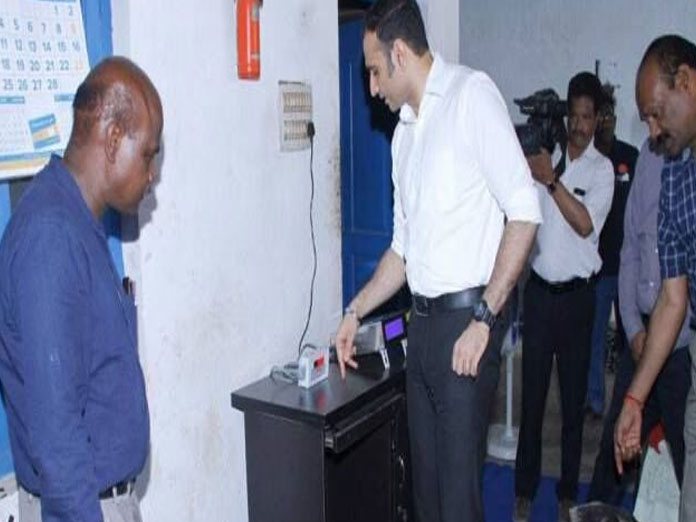 The Civil Supplies Department with new technology was taking steps to curb malpractices and irregularities The department was introducing eweighing machines at godowns with capacity of 5 tons and also Paddy Filling Machines at few Paddy Procurement Centers PPCs on pilot project from ensuing Rabi season From next Kharif season, they will be implemented at Statewide godowns and PPCs

Hyderabad: The Civil Supplies Department with new technology was taking steps to curb malpractices and irregularities. The department was introducing e-weighing machines at godowns with capacity of 5 tons and also Paddy Filling Machines at few Paddy Procurement Centers (PPCs) on pilot project from ensuing Rabi season. From next Kharif season, they will be implemented at State-wide godowns and PPCs.

To ensure that goods supplied to ration dealers are given with correct weight, Civil Supplies Department was installing e-weighing machines in 170 godowns Statewide. On Saturday, Civil Supplies Commissioner Akun Sabharwal inspected the machine and its performance in Met Weigh India Factory at Cherlapalli. He said from March 31 e-weighing machines will be available at all the godowns. With help of software, the machines will linked to Command Control Centre at Civil Supplies Bhavan and also District Mini Command Control Centers where live weighing transaction can be viewed.

Another major introduction to facilitate farmers is Paddy Filling Machine. This machine was invented by an eighth class student Abhishek, which will be introduced at some PPCs from the next Rabi as Pilot project.Abhishek, studying VIII Class in the ZP High School in Hanumajipet village under Vemulawada Mandal, Rajanna Sircilla district, on Saturday met Civil Supplies Commissioner Akun Sabharwal and showed Paddy Filling Machine. His parents, Sircilla Joint Commissioner Shaik Yasmeen, School HM Umarani, his guide Venkatesham were with him.

` 10,000 cash award to Abhishek On the occasion, the Commissioner rewarded Abhishek with Rs 10,000 and presented him a Robot doll. He said Abhishek has very good future. The Commissioner said the machine is very useful for farmers and suggested some changes accordingly. As the machine is small, he said its size will be changed to be useful for hamalis. The machine weighs 20 kg only, changes should be made to weight about 40-45 kg bags and also widen it.

The Commissioner said the machine will be introduced with these changes and also take precautions. The Commissioner also ordered officers to start the process for obtaining patent for this machine by the name ‘Vari Abhishekam’ on behalf of Telangana government. This machine does the work which can be done by four farmers. At the same time, weight also can be measured. The machine can be carried on the farm, at house and PPC’s, which will save time, money and energy. This will also helps to overcome labour shortage.