Christmas season has already started in Munich with the chocolate Santas already in the shelves. This is the time for visitors to indulge in several activities such as Angel’s workshop, festive concerts, expeditions to the shops and the Christmas markets, stroll through the palace park of Nymphenburg and the glazing New Year’s fireworks.

Christmas season has already started in Munich with the chocolate Santas already in the shelves. This is the time for visitors to indulge in several activities such as Angel’s workshop, festive concerts, expeditions to the shops and the Christmas markets, stroll through the palace park of Nymphenburg and the glazing New Year’s fireworks. 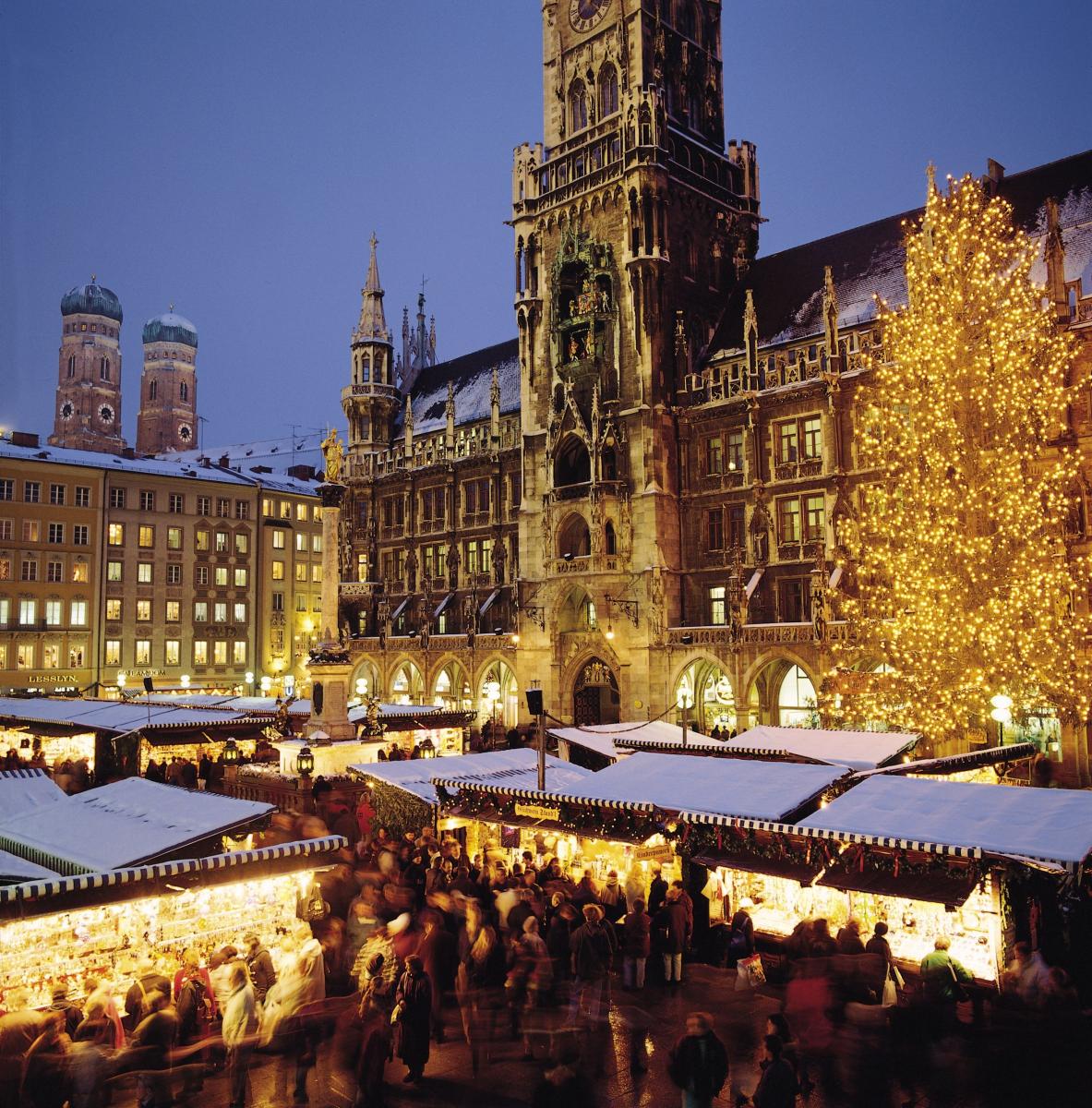 The traditional Christmas market at Marienplatz, set in front of the neo-Gothic town hall, will add to the magic of the many stalls radiating Bavarian charm from November 27- 24 December. The Viktualienmarkt always offers a vivid experience of Munich’s way of life. Visitors can also enjoy Christmas carols and feel the magic of Advent with a glass of Glühwein (mulled wine). Well worth visiting is the nativity scene at the beer garden, where the figures reflect perfectly the life of the market till the Christmas day.
This Christmas village till December 22, in the large courtyard of Munich City Palace, the Residenz, offers the local crafts workshops, including goldsmiths, furrier and glass blowers. From November 21, the aroma of roasted sugarcoated almonds and hot mulled wine will begin to pervade the largest covered winter market in Bavaria. With over 50 stalls, numerous show acts, a 15 meter giant tree, over 400 Christmas trees and ice-skating rink, this market at the Munich Airport Centre will be a special attraction. 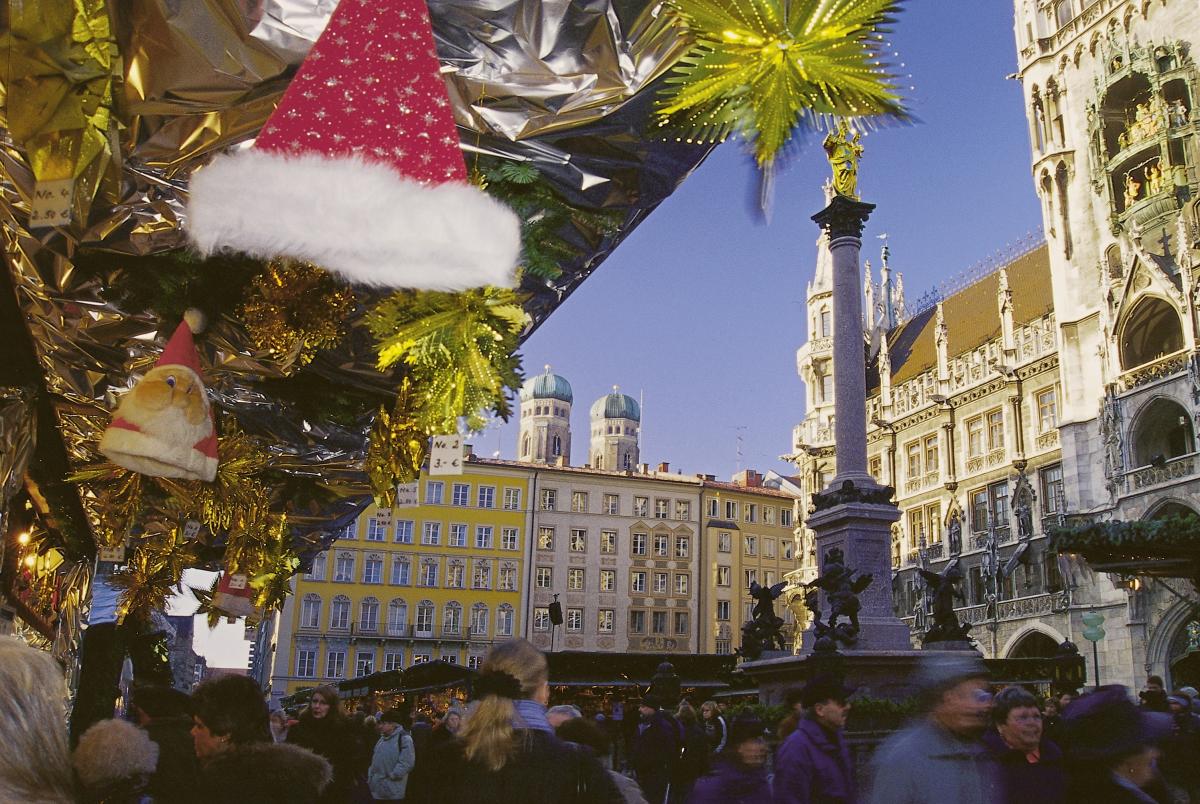 One of the many options to celebrate New Year’s Eve is at the Tollwood festival -- a tried and true party venue. Patrons can celebrate at the Sylvester gala, with a fine menu and artists, and/or with live music and DJ doings. On New Year’s Eve, the city will come alive with every restaurant serving a delectable dinner enhanced by a variety of fabulous entertainment. There will also be numerous fun activities throughout the day, with happy crowds filling the streets, taking part in festivities. Popular vantage points (a place with a great view) for the fireworks include Olympic Hill and Marienplatz, as they explode over Old Town Munich.
The Olympic Park and Marienplatz will also attract large crowds. Marienplatz is a great place to spend the New Year's Eve 2016 as the area will be brimming with restaurants, bars and nightclubs, most hosting their own special holiday parties. Additional great vantage points include the Englischer Garten as well as Bayerischer Hof.
Another New Year’s Eve event is the legendary Tollwood Winter festival held on the Theresienwiese, which starts in early December, complete with plenty of live music, circus acts, food vendors, beer and more, wrapping up at midnight on December 31. After celebrating throughout the night, get a good night’s sleep, so that you can join the locals and visitors alike at one of the many special New Year morning festivities, including hearty brunches being served in Munich’s many restaurants or cafes.
Munich, with its air of polished prosperity, is quintessential Germany. The old and the new co-exist here with cherished traditions like Oktoberfest, the world's largest beer festival, rubbing shoulders with designer shopping, sleek cars and high-powered industry. Indeed Munich today is the flavour of the year. The Bavarian capital on the Isarriver has Baroque and Rococo architecture, lush parks, museums and historic venues such as Schloss Nymphenburg, the summer palace of the rulers of Bavaria. This city is just an hour's drive from the snow-crusted Alps.
Jose Kalathil
[email protected]
Show Full Article
Email ArticlePrint Article
More On