A Visit to Daman 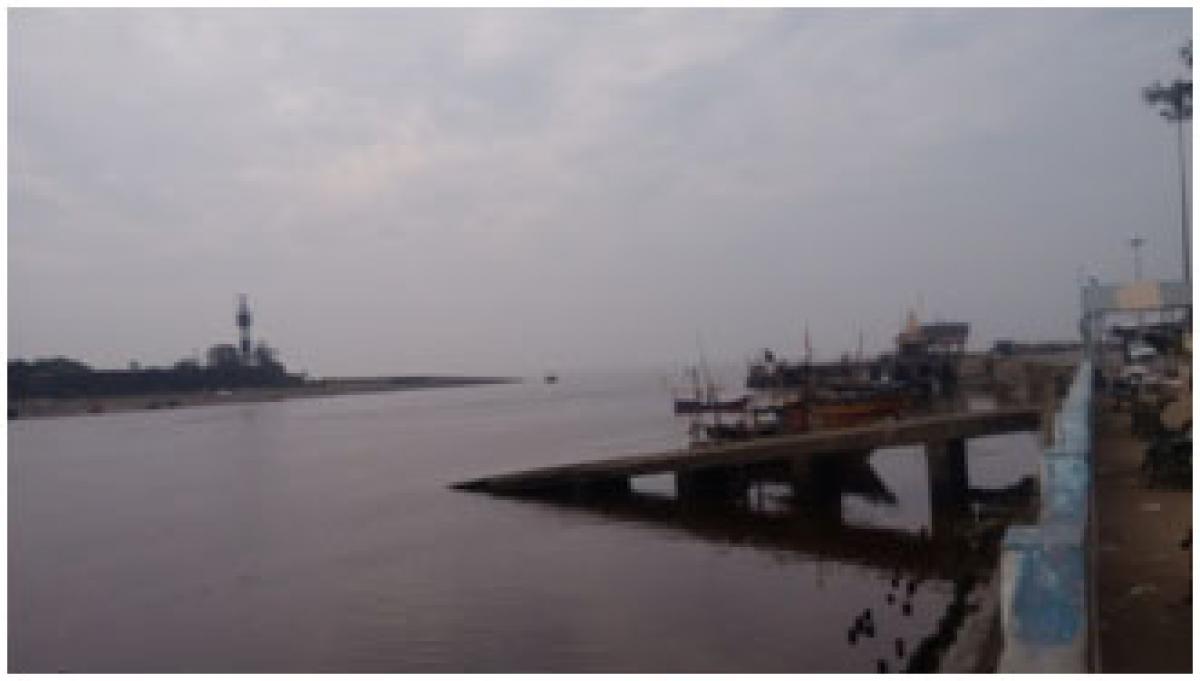 We all know about Daman and Diu mainly because of our school books. We know it as one of the union territories (UT) of India and remember that piece of information for the sake of exams and for quiz competitions. Very few of us know much else about the union territory.

Daman is one of the two districts that make up the union territory, Daman and Diu. Though they together make up the UT, Diu lies 635 km apart, up the Gujarat coast line.
Vapi, which is just 7 km from Daman, is well-connected by rail and makes travel to Daman easy. Vapi is 150 km away from Mumbai and 122 km from Surat, thus serving as a getaway for people of both the cities.
Since the union territories are under the purview of the central government, alcohol costs significantly less. In addition, Daman is surrounded by Gujarat where alcohol is prohibited. To top it all, there are no restrictions on consuming alcohol here. One can sit on the beach and drink liquor anytime, without the fear of police. All this makes Daman a haven for the parched throats of the nearby areas.
To cater to the demand of the floating population, liquor shops mushroomed across the nook and corner of Daman. Apart from liquor, Daman is famous for its beaches, forts, Portuguese colonial architecture and churches.

Daman lies at the mouth of the Daman Ganga river. It comprises of the twin towns of Nani-Daman and Moti-Daman, which lie opposite each other across the Daman Ganga river. Ironically, Nani-Daman is the bigger of the two towns.
There are mainly two beaches here, Devka and Jampore. Devka, in Nani-Daman, is a rocky beach during low tide. Alcohol and snacks are sold in the beach-side shacks. Sea withdraws 2-3 km inside after noon and people sit on the rocks across the stretch and consume liquor and spend time with friends and family. Jampore beach is in Moti-Daman and has black sand. In addition to the shanties selling liquor and offering shade, it has options like parasailing, horse, camel, and quad bike rides.
One can see a number of vehicles parked and most of them are from Surat. Surat too boasts of a beach but it is dirty and muddy. One can see that the disappointing Surat beach, liquor prohibition and the allure of cheap liquor drive people from Surat to Daman.

Both Nani-Daman and Moti-Daman have forts, built by the Portuguese, to protect against any sea-side attack. St. Jerome fort, built by the Portugese in Nani Daman, is known as Nani Damn Fort among the locals. What remains of the fort is its imposing gate and the walls.
This fort has a gateway facing the Daman Ganga river with a statue of St. Jerome. Within the premises of the fort are the church of Our Lady Of The Sea and a small graveyard. From the ramparts, one can see the Daman Ganga river, the jetty, and the light house.
Moti Daman has the old Daman fort area. The fort, the churches, and the buildings here showcase the Portuguese architecture. Many of the administrative buildings are situated in the fort area. Cathedral of Bom Jesus is the chief tourist attraction here. To my disappointment, it was closed when I visited, on account of renovation work.
Somnath temple is another important tourist destination. This Shiv temple located in Nani Daman is supposed to be identical to the temple at Somnath. It has beautiful and colorful glass interiors.
The other tourist attractions here are Dominican monastery, Mirasol lake garden and Panikota fort. Udvada, renowned for its Zoroastrian Atash Behram, is just 15 km away from Daman. The Udvada Atash Behram is the most sacred of the Zoroastrian fire temples in India and the oldest continuously burning fire-temple fire in the world. On account of the fire temple, Udvada as a pilgrimage center for Zoroastrians the world over. Many Parsis own a house here, but most of them stay in Mumbai. Except during festival time when it town comes to life, Udvada is said to look like a ghost town.
To sum it up, though the beaches of Daman disappoint, the interesting history, the Portuguese-built forts, churches, and buildings and the views of the jetty, the river and the sea make a visit well worth it.
By: Amarendra Sagila
Show Full Article
Email ArticlePrint Article
More On