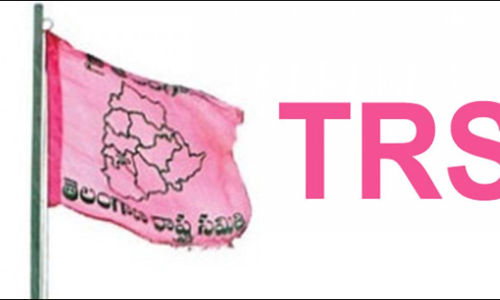 Karimnagar: September fear seems to be gripping many TRS ticket aspirants – be it incumbent MLAs or new hopefuls – even though they do not really have to worry about seat sharing with any other party as their leader K Chandrashekar Rao has already made it very clear that his party would go alone in the next elections.

That it’s apparent the ruling TRS would contest all the 13 seats in the erstwhile Karimnagar district. But what really nagging them was the constituency-wise intelligence survey report that plays a critical role in the candidates’ selection.

Ever since KCR made it clear that list of candidates would be announced sometime in September based on constituency-wise survey report, quite a few sitting MLAs are said to be jittery over the outcome.

KCR himself said that he had conducted half-a-dozen surveys to verify the winnability of the MLAs. In addition to this, the recommendations of the screening committee headed by party’s secretary general and Rajya Sabha member K Kesava Rao will also be taken into the consideration.

In the first two surveys conducted by the ruling party, Finance Minister Eatala Rajender (Huzurabad) emerged as number one in the Assembly constituencies of the undivided Karimnagar.

While Municipal Administration and Urban Development Minister KT Rama Rao made a strong comeback to clinch the first place with 92.4% in the survey report released in May 2017, Eatala slipped to third slot with 73.2%, next to RTC chairman Somarapu Satyanarayana (Ramagundam), who scored 82.8%.

With 67.9% Gangula Kamalakar (Karimnagar) stood fourth in the district MLAs. He in fact had scored 60.40% and 55.90% in the first two surveys. Rasamayi Balakishan (Manakondur), who secured 67% in the third survey, had a volatile record.

However, KCR made three survey reports public, he didn’t reveal the fourth one, but had reportedly spoke to legislators individually. Against this backdrop, his announcement to release the list in September is sending shivers down the candidates’ spine.

“Even though KCR has reiterated quite a few times that sitting MLAs would be given tickets again, it has been speculated that at least 30 to 40 of them are in the danger zone. Either they will be shown the door or shifted to other constituencies.

In addition to the survey and intelligence reports, constitution of screening committee seems to be twist in the tale,” a senior TRS leader told The Hans India.

It may be noted here that in the first and second surveys, T Jeevan Reddy, the lone MLA of the Congress representing Jagtial, has scored 50.90% and 68.90% respectively. Details about his latest position are not available.