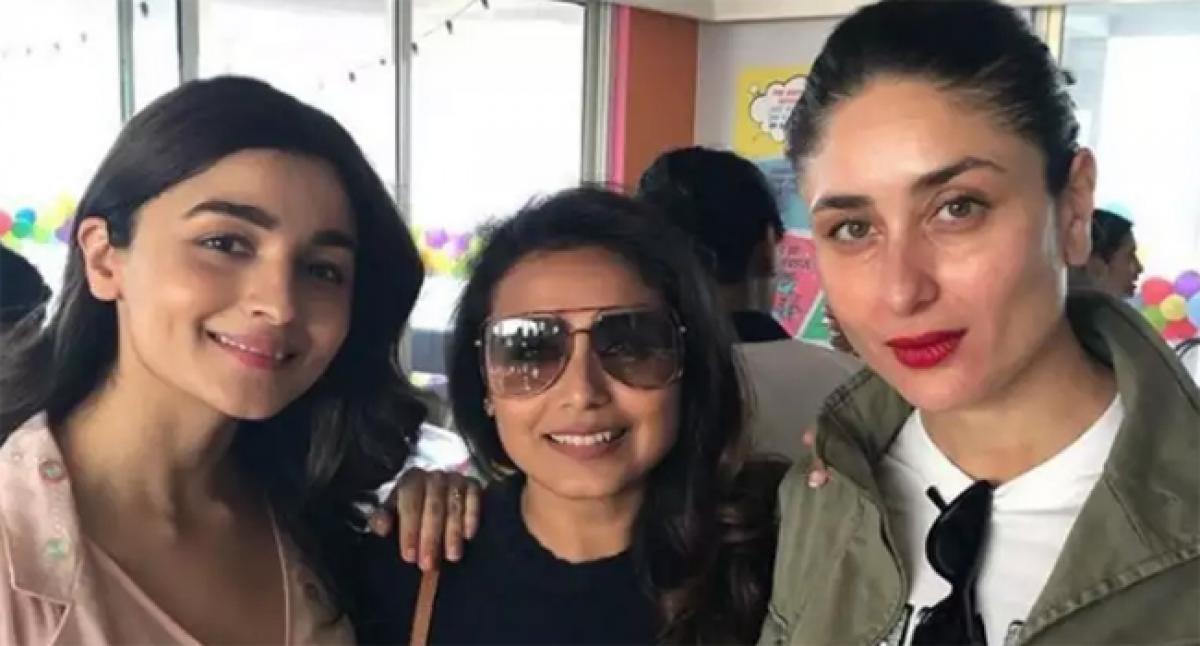 Watching the eight stunning actresses of \"Ocean\'s 8\" whooping it up at the extensive promotional events for the much-hyped film, I felt deep pride and a sense of déjà vu.

Watching the eight stunning actresses of "Ocean's 8" whooping it up at the extensive promotional events for the much-hyped film, I felt deep pride and a sense of déjà vu.

This could be our own "Veere Di Wedding" (VDW) girl gang. First, our Veeres are no less glamorous, articulate and self-assured than the "Ocean's 8" girl gang. Secondly, they seem to address exactly the same issues of body-shaming, cat fights and pay parity.

Business as usual. But wait. The similarities are even uncanny. During VDW, Kareena Kapoor Khan became a mother to the youngest superstar of India, Taimur Ali Khan.

Anne Hathaway, who plays one of the Veeres in "Ocean's 8", also became a mother during her film's shooting. She has spoken about how she was body-shamed for her additional weight after motherhood until she reached the sets of her girl-gang film where her co-stars came forward to make her feel complete and fulfilled by complimenting her on her glowing looks.

So guys, forget about cat fights. These Veeres from Bollywood and Hollywood stand by one another. The whole mythology of women actors fighting their way through the shooting falls apart when we see the genuine bonhomie among the female actors of "Ocean's 8" and 'Ocean's 4'(VDW).

I saw the British actress Cate Blanchett, who plays one of the leads in "Ocean's 8", telling one of her interviewers that the whole theory of women not getting along on the sets of a film was started by male journalists. It is meant to be some kind of a male turn-on to imagine female co-stars fighting.

Kareena, Sonam Kapoor Ahuja, Swara Bhaskar and Shikha Talsania genuinely hit the ok button in their togetherness. And that may come as a surprise to all those who were waiting to see fireworks among the actresses. Says Sonam: "Sorry to disappoint those who think we were slapping and scratching one another's faces. We really got along like a house on fire."

We really can't be blamed for thinking that actresses can't get along when working together. Aeons ago, when Sharmila Tagore and Mala Sinha shared screen space in a 1960s film called "Humsaya", there were stories of one actress slapping the other. Decades later, Sharmila was embroiled in another cold war with Raakhee Gulzar on the sets of Yash Chopra's "Daag".

Still later, it was Kareena, eventually destined to be Sharmila Tagore's daughter-in-law, who got into a squabble with Bipasha Basu on the sets of "Aetraaz". Kareena ended up calling Bipasha a "kali billi" (black cat).

Talk about a "catfight". The year 2018 is ideal to be a female hero. First came Rani Mukherjee in "Hichki", breaking all the myths about films that spotlight female heroes, especially those with disabilities.

Then came Alia Bhatt as a patriotic spy who creates havoc in her Pakistani in-laws' home in "Raazi". She has just become the first female hero in five years with a Rs 100-crore boxoffice earning.

Seeing Kareena bond so effortlessly with her co-stars in "Veere Di Wedding" I was reminded of her 'kali billi' catfight. Yes, Kareena and the heroines have matured. I am not sure about Indian cinema, however.