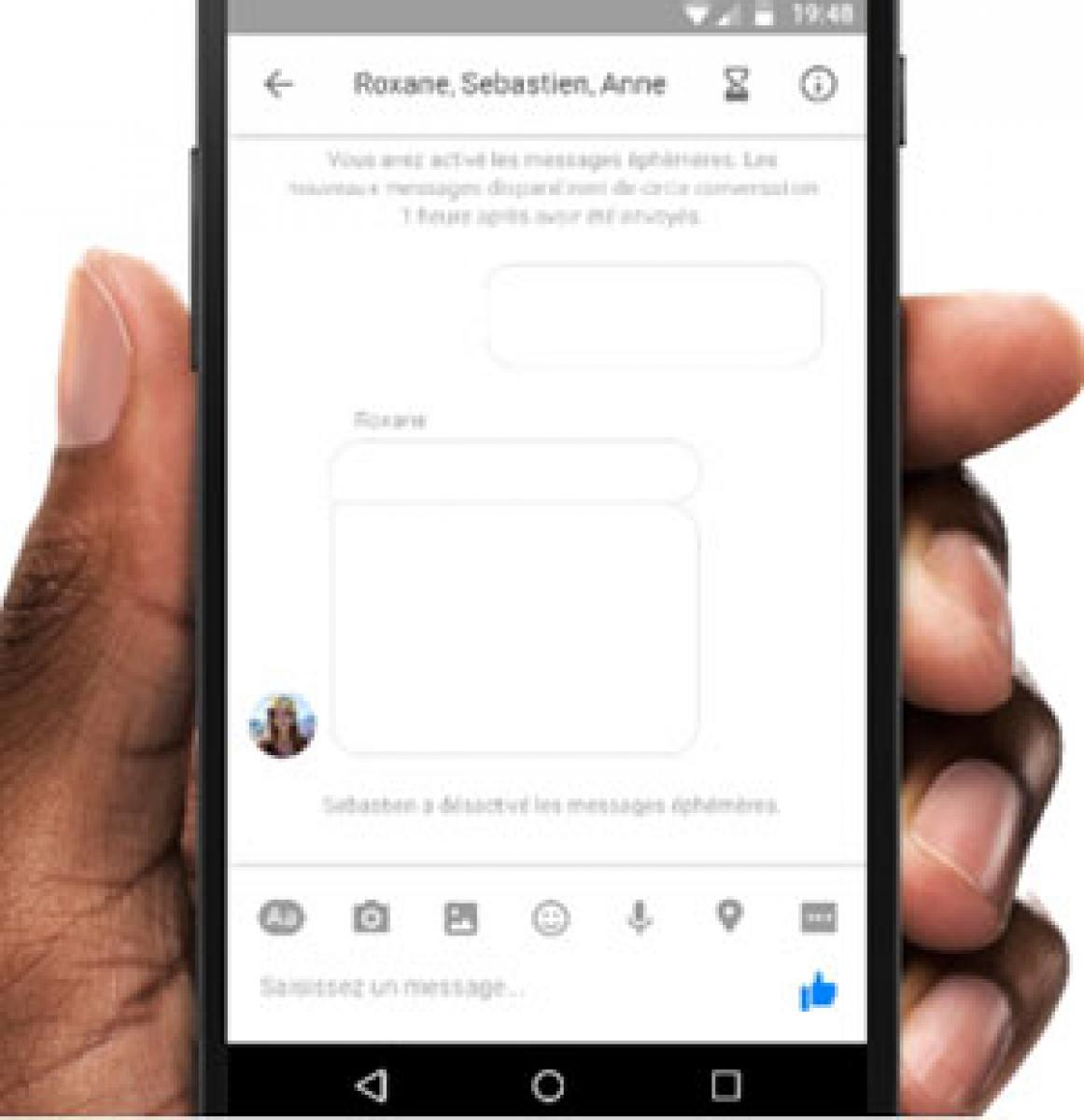 Facebook users in France were able to send vanishing missives with its smartphone Messenger application, ramping up the challenge to Snapchat. Facebook users in France were able to send vanishing missives with its smartphone Messenger application, ramping up the challenge to Snapchat.

"We're conducting a small test in France of a feature that allows people to send messages that disappear an hour after they're sent," Facebook told AFP.

"Disappearing messages gives people another fun option to choose from when they communicate on Messenger."

Tapping an hourglass icon on the top right of the screen in Messenger will allow users to send messages designed to vanish an hour after they are sent.

The feature is being tested on versions of the Messenger application for mobile devices powered by Apple or Android software. If it proves successful, the feature would likely be made available in other countries. Making ephemeral messages an option in Messenger is a direct challenge to smartphone-messaging rival Snapchat. Snapchat's appeal has been the premise that messages disappear shortly after being viewed, providing users a sense of being able to keep pictures or videos private and ephemeral.

Los Angelesbased Snapchat rocketed to popularity in the United States, especially among teenagers, after the initial app was released in September 2011.

Facebook earlier this year began testing a Messenger app virtual assistant that the leading social network said goes beyond artificial intelligence programs already on the market. The personal digital assistant - dubbed "M" - completes tasks along with seeking out information at the behest of users.