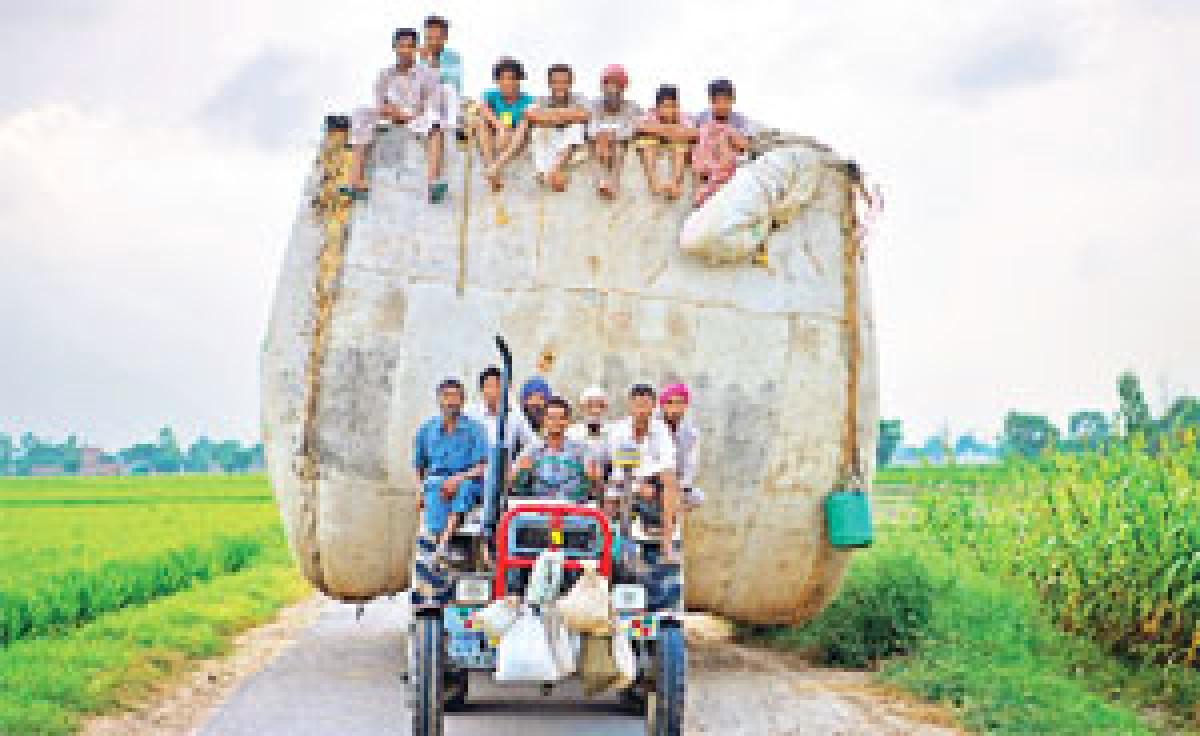 India is a country of paradoxes. It is one of the oldest civilisations in the world yet inhabited by the world’s youngest population. A country full of poverty but still has the fastest growing population of neo rich.

India is a place of great opportunities but one need to tread carefully. Given below are examples of companies, individuals and even places using Indian nativity and ingenuity successfully.

Frugal engineering: India is the country of the frugal engineering. Low cost products and ideas are a great hit. Right from 5 rupees icecream, 50 rupees shirt, 250 rupees smart phone (Freedom phone). India is the land of opportunities. But care should be exercised. Indians are very shrewd and can very easily separate the grain from the chaff. Nokia realized this to their horror. The company that was synonymous with cell phones in India and the product that was the first phone for crores of Indians had to bite the dust. Their crime - not being up to date and the inability to offer the latest in the technology. And there is a belief that Indians always want only the cheapest of the products.

Jugaad: Jugaad is the Indian way of managing things with the least of the resources. It is the Indian way of thumping the world. In India everything is a challenge and Indians have mastered the game of doing things with minimum fuss and maximum result. Where else in the world would one find “Indian Chinese food, Bread Bajji, Bread Upma”. Old rice is not thrown away it becomes vadiyum. Or even better it is made into tasty curd rice that is greatly relished. India can show the world the way to recycle and use things. Jugaad the country vehicle used in Northern India is a marvel of Ingenuity. It is a wonder that it moves at all! Very noisy and slow, it shows a face of India that we all shouldadmire. We will win, no matter what it takes to achieve the goal.
Dharavi one of the biggest slums in the world continues to astound people. It is only 500 acres in size but houses an astonishing 3 lakh people. It has people cheek to jowl. But there is hope and aspirations. Dharavi’stotal turnover is estimated at a mind boggling 1 billion US dollars (Rupees 6,700 crores). Most of its residents are very poor and are not well qualified. But they have one sterling quality that modern MBA’s lack –fire in the belly. It is that quality that drives people from Dharavi to succeed against all odds.

The willingness to stay and fight: Coming from the bottom of the ranks has made Indians very street smart. They are very adept at improvising and staying ahead of the competition. Indian food has blossomed and has become even more popular after the entry of the MNC food giants. Indian Vada Pav and Pav Bhaji are giving MacDonald and KFC a run for their money and are winning the battle hands down.
Indians are good at street level tactics. Pepsi realised this when it reentered India in the late 80s. It realised that its production line was not operational. The reason - the returnable glass bottles were not coming back to the bottling plants. The perpetuator! Its agile and nimble competitor quietly bought Pepsi’s empty bottles off the street and smashed them into smithereens. By the time Pepsi got new bottles the damage was done – the dream of a spectacular reentry had turned sour.
An MNC shaving systems company that rewrote the way men shave and present themselves had a nasty surprise whenthey entered India. Their sales people discovered rustedblades in many markets. It was the handiwork of its Indiancompetitor which bought their blades and deliberately rusted them and reintroduced them into the market. Naturally the customer would take the shiny Indian blade set rather than the rusted MNC product. Truly amazing!
One rupee shampoo sachet was the brain child of C K Ranganathan, Chairman and Managing Director of CavinKare. CavinKare introduced Chic Shampoo in a sachet form for the first time in 1982. It is one innovation all Indians should be proud of. It was a master stroke. C K Ranganathan realised that for most Indians a 100 ml bottle of shampoo was simply not affordable. But the aspiration remained. That is where the Indian brilliance came in. He introduced the same shampoo (not an inferior downgraded product) at a price of one rupee. It was a win-win situation. The customer got what he wanted and the manufacturers got the volumes and the marketexploded.
It was the best sampling technique and with the expanding incomes the sachetownersstarted buying shampoo bottles. And sachets paved the way for convenience usage and since then sachet usage has expanded tomany otherproducts like pickles, toothpaste, jams, fairness creams, pan masala, hair oil, packaged water and many others. Sachets are the inspiration for the very popularpre-paid recharge mobile cards. India is one of the few countries in the world where pre-paid cards out sell post paids by 10:1. This behaviour finds resonance across income categories. Indians are very happy and comfortable with the hassle free convenience that prepaids offer. The power of usage or non-usage remains with the customer.
Aravind Eye Hospitals, Madurai is an eye hospital chain founded by Dr Govindappa Venkataswamy. As of 2012, Aravind has treated nearly 32 million patients and performed 4 million surgeries, the majority of them done at a very low cost or completely free making it the world’s largest and most productive eye-care facility. And the inspiration came from the speed and efficiency of operations of the MacDonald chain. Aravind emulated the service efficiency of MacDonald’s and adapted it to the eye care.
Aravind performs surgeries on a large scale with treatment being free or heavily subsidised for the poor, cross subsidised by the paying patients. Aravind established its own intraocular lens manufacturing facility, Auro lab and blood bank to reduce costs. The cost of the intraocular lens was brought down from Rs 12,000 ($ 200) to Rs 300 ($ 5). Great example of what fierce determination and a single minded purpose can achieve.

Dr M Anil Ramesh
- The author is a Director-Academic,
Siva Sivani Institute of Management, a premier B-School in Hyderabad. Send in your queries: manilramesh@ssim.ac.in and theyoughans@gmail.com