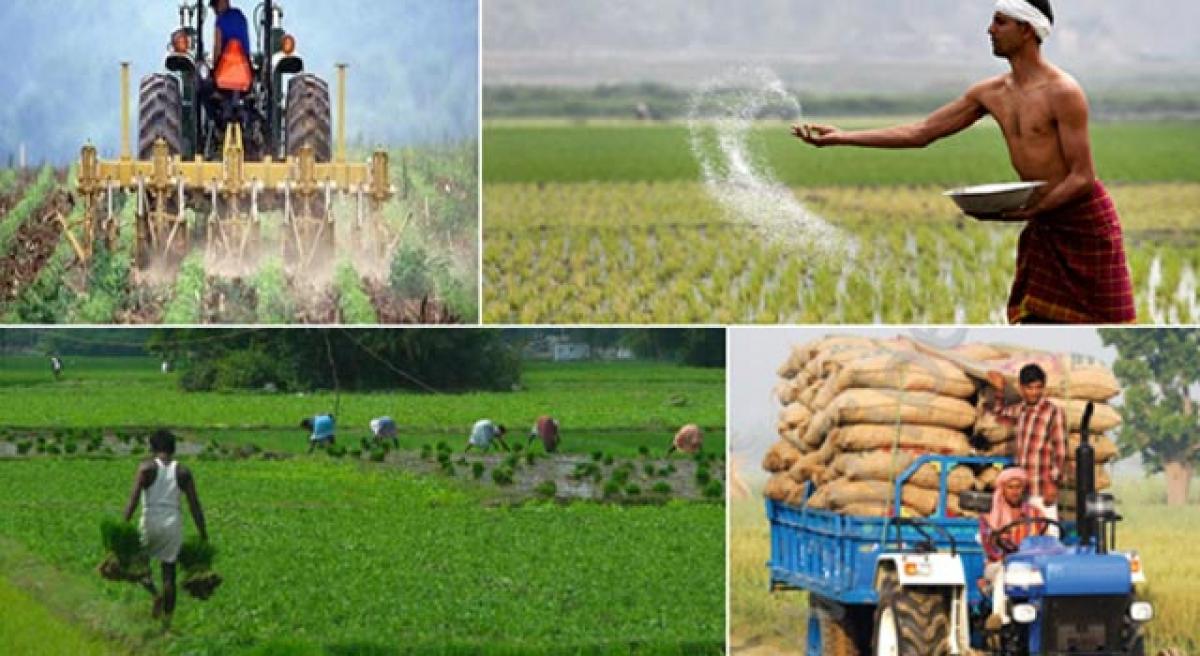 1.It is mandated to recommend minimum support prices (MSPs) to incentivize the cultivators to adopt modern technology, and raise productivity and overall grain production in line with the emerging demand patterns in the country.

The Commission for Agricultural Costs & Prices (CACP) is an attached office of the Ministry of Agriculture and Farmers Welfare, Government of India.

It came into existence in January 1965. Currently, the Commission comprises a Chairman, Member Secretary, one Member (Official) and two Members (Non-Official). The non-official members are representatives of the farming community and usually have an active association with the farming community.

1.It is mandated to recommend minimum support prices (MSPs) to incentivize the cultivators to adopt modern technology, and raise productivity and overall grain production in line with the emerging demand patterns in the country.

Assurance of a remunerative and stable price environment is considered very important for increasing agricultural production and productivity since the market place for agricultural produce tends to be inherently unstable, which often inflict undue losses on the growers, even when they adopt the best available technology package and produce efficiently.

2.Towards this end, MSP for major agricultural products are fixed by the government, each year, after taking into account the recommendations of the Commission.

3.CACP submits its recommendations to the government in the form of Price Policy Reports every year, separately for five groups of commodities namely Kharif crops, Rabi crops, Sugarcane, Raw Jute and Copra.

4.Before preparing aforesaid five pricing policy reports, the Commission draws a comprehensive questionnaire, and sends it to all the state governments and concerned National organizations and Ministries to seek their views. Subsequently, separate meetings are also held with farmers from different states, state governments, National organizations like FCI, NAFED, Cotton Corporation of India (CCI), Jute Corporation of India (JCI), trader's organizations, processing organizations, and key central Ministries.
5. The Commission also makes visits to states for on-the-spot assessment of the various constraints that farmers face in marketing their produce, or even raising the productivity levels of their crops.

6. Based on all these inputs, the Commission then finalizes its recommendations/reports, which are then submitted to the government.

The government, in turn, circulates the CACP reports to state governments and concerned central Ministries for their comments. After receiving the feed-back from them, the Cabinet Committee on Economic Affairs (CCEA) of the Union government takes a final decision on the level of MSPs and other recommendations made by CACP.

Once this decision is taken, CACP puts all its reports on the web site for various stakeholders to see the rationale behind CACP's price and non-price recommendations.

Minimum support price scheme The Minimum Support Prices were announced by the Government of India for the first time in 1966-67 for Wheat in the wake of the Green Revolution and extended harvest, to save the farmers from depleting profits.

Since then, the MSP regime has been expanded to many crops. Minimum Support Price is the price at which government purchases crops from the farmers, whatever may be the price for the crops. The MSP is announced by the Government of India for 25 crops currently at the beginning of each season viz. Rabi and Kharif. Following are the 25 crops covered by MSP:kharif crops

Rationale behind MSP How MSP is decided?

Price Support Scheme (PSS) for Oil seeds and Pulses Rationale behind MSP If there is a fall in the prices of the crops, after a bumper harvest, the government purchases at the MSP and this is the reason that the priced cannot go below MSP. So this directly helps the farmers.

How MSP is decided?
The government decided the support prices for various agricultural commodities after taking into account the following: Recommendations of Commission for Agricultural Costs and Prices Views of State Governments Views of Ministries Other relevant factors.

The Department of Agriculture and Cooperation implements the Price Support Scheme for Oil Seeds and Pulses through the National Agricultural Cooperative Marketing Federation of India Ltd. ( NAFED). NAFED is the nodal procurement agency for Oilseeds and pulses, apart from the Cotton Corporation of India. So, when the prices of oilseeds, pulses and cotton fall below MSP, NAFED purchases them from thefarmers.

procurement price of a commodity refers to the price at which govt. procures the commodity from producers/manufactures for maintaining the buffer stock or the public distribution system. these prices are announced by the govt. of india on the recommendations of the commission for agricultural costs and prices before the harvest season of the crop.

at these announced prices, govt. procures the foodgrains (wheat, paddy and coarse grains) in the needed quantity either for maintaining the buffer stock or for the distribution through fair price shops. procurement prices are fixed generally at a level, which is somewhat higher than the level of minimum support prices but lower than the prevailing market prices.

the procurement prices are lower in relation to the actual market prices and as such farmers and traders are not willing to sell their stocks voluntarily to the govt. in such circumstances, the govt. procures food grains at the announced procurement prices either by imposing a levy on the farmers, or on the traders or through other methods.

Procurement prices are announced before the sowing season. As a result, the procurement price itself become the support price at which the govt. purchased all the foodgrains offered for sale.

Procurement prices also become the minimum support prices because the govt. was bound to purchase the foodgrains offered by the producers for sale.(The writer is a senior civil servant)