Age no bar to chase dreams 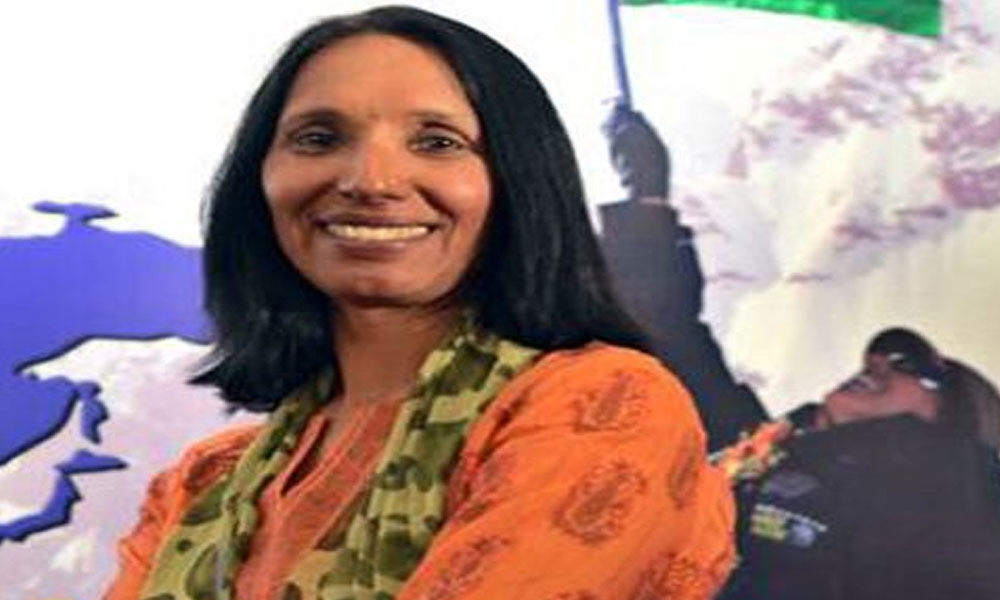 New Delhi: Premlata Agrawal, the first Indian woman to conquer all the seven highest peaks across the globe, was just a housewife until the spirit of a...

New Delhi: Premlata Agrawal, the first Indian woman to conquer all the seven highest peaks across the globe, was just a housewife until the spirit of adventure overtook her.A mother of two, one of whom is married, she was also the oldest Indian woman mountaineer to scale Mount Everest at the age of 48. In 2018, her record was broken by Sangeeta Sindhi Bahl when she scaled the peak aged 53.

The 56-year-old Agrawal was awarded the Padma Shri in 2013 and Tenzing Norgay National Adventure Award in 2017 for her achievements in mountaineering. Her name also found a place in the Limca Book of Records after she participated in the Thar Desert Expedition which involved a rigorous 40-day camel trek covering 2,000 km.

Talking about how it all started, the Darjeeling-born mountaineer said one day while taking her younger daughter to the JRD Tata Sports Complex, Jamshedpur in Jharkhand, she came across a poster about a trek being organised by the Tata Steel Adventure Foundation. This is when the daredevil in her awoke. She participated and stood third among over 500 competitors.

And then she came in contact with Bachendri Pal, the pioneering Indian mountaineer, who motivated her to keep her dream alive. She was 37 then, and moving further ahead involved physical and psychological challenges. But she chose the road less travelled and that made all the difference.

For her, the most difficult challenges were language barriers, a persistent pain from an old ankle deformity and food preferences. "The will to persevere kept me going," Agrawal, who climbed the Everest in 2011, told IANS in an email interview.

But her journey didn't just stop at Everest as she went on to climb the highest peaks of the seven continents. When asked what gave her the strength to go on? She said: "While climbing, my mind is not on what challenges will crop up. I'm focused on accomplishing the mission I have set out for myself."

What egged her on in overcoming the toughest of obstacles was the fire within -- "the will to excel". Sharing her most difficult moment, she said: "While I was descending the Carstensz Pyramid in Indonesia, I had to pass through a rainforest. I had been walking for six days, was thoroughly exhausted.

Suddenly, a huge rock fell on my leg. The medical kit proved to be inadequate, so I kept on dragging myself for another six days till I reached the base camp. This was an acid test of my strength.

She loves to spend time with her family and makes it a point to execute her other passion - culinary art. "One cannot achieve these highs without the support of family. I was lucky to have such an appreciative family where my husband and in-laws prompted me to explore my interests. My daughters are really proud of me."

(Muskan Aggarwal can be contacted at [email protected])