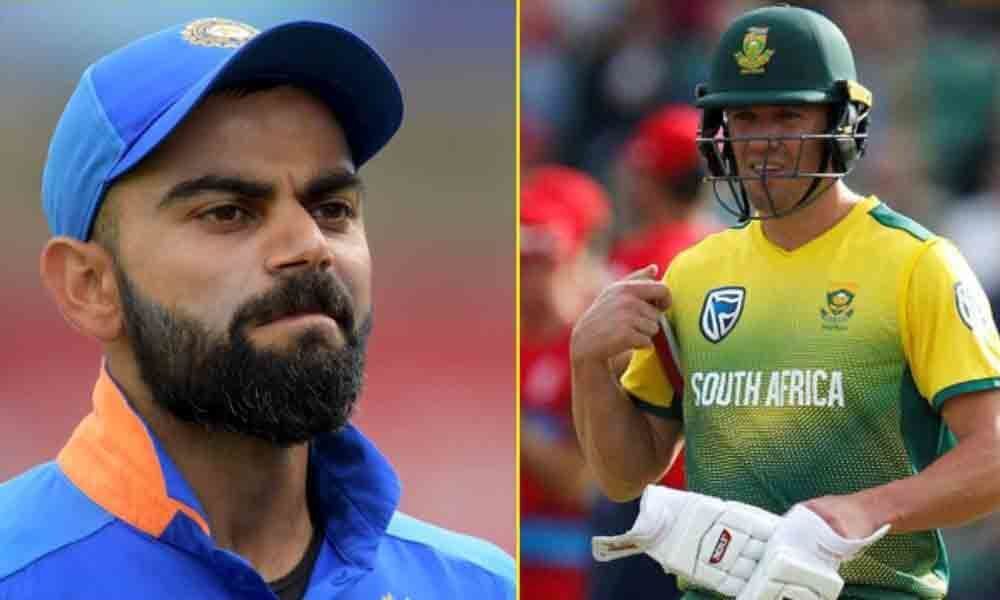 As South Africa went through a disastrous run at the World Cup 2019, media reports claimed that AB de Villiers had offered to come out of his retirement to play for the quadrennial event but the team management rejected it. Responding to the same, de Villiers released a detailed statement on social media. The South African, in his statement, wrote, "I made absolutely no demands at all. I certainly did not try to force my way into the World Cup squad on the eve of the tournament and did not expect to be included. The swashbuckling batsman further shared that he was "unfairly described as arrogant, selfish, and indecisive." Adding that his conscience is clear, de Villiers shared that he retired for honest reasons and agreed to keep the "door open" when asked about his availability for the World Cup.

Lending support to the South African great, Indian skipper Virat Kohli posted a touching message. "My brother you are the most honest and committed man I know. It's been unfortunate to see this happen to you. But know that we stand with you and believe in you. Seeing people enter your personal space has been sad to see and uncalled for. More love and power to you and your beautiful family. Me and Anushka are Always here for you guys," Kohli, who shares a close association with de Villiers, commented on the latter's Instagram post.

Former Indian cricketer Yuvraj Singh too empathized with de Villiers. "My dear friend and legend, your one of the nicest guys I've ever played cricket with an absolute gem of a person! There was never a chance for SA in this World Cup to win without you! It is your country's loss not to have you in the squad not yours. The bigger the player more the criticism! We all know what a gentleman you are," Yuvraj wrote.