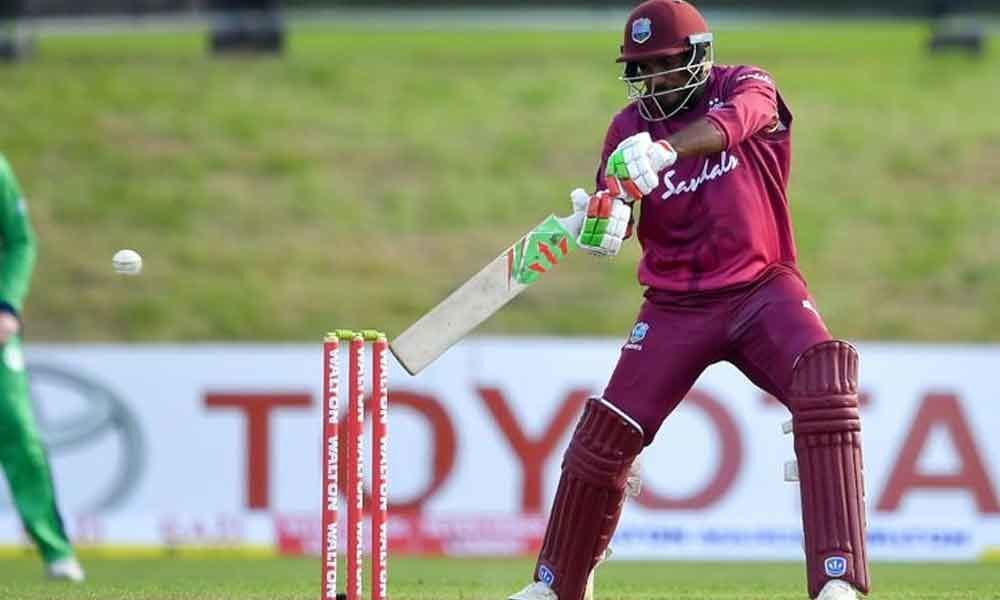 West Indies' victory moved them above Bangladesh in the tri-series standings, and left Ireland without a win after three matches.

Ambris made 148, off just 126 balls including 19 fours and a six, as the West Indies surpassed Ireland's total of 327 for five with 13 deliveries remaining on Saturday.

The West Indies, who unlike Ireland have qualified for the upcoming World Cup in England and Wales, were behind the run-rate at 112 for two in the 20th over.

But a third-wicket stand of 128 between Ambris, playing only his fourth ODI, and Roston Chase (46) helped get the tourists back on track.

Not even a three-wicket haul from Ireland's former England fast bowler Boyd Rankin was sufficient to deny the two-time World Cup-winners, with Jonathan Carter (43 not out) and captain Jason Holder (36) seeing the West Indies to their second triangular series win over the tournament hosts.

Earlier, Andrew Balbirnie scored a brilliant hundred of his own in an Ireland total of 327 for five.

Balbirnie scored 135 from 124 balls and registered his fourth ODI hundred, passing 3,000 runs for Ireland in the process.

He received good support came from Paul Stirling (77) and Kevin O'Brien, who smashed 63 off 40 balls that included three consecutive sixes off paceman Holder.

West Indies' victory moved them above Bangladesh in the tri-series standings, and left Ireland without a win after three matches.

Ireland will now need to beat Bangladesh next week and hope other results go their way if they are to reach the final.

West Indies open their World Cup campaign against Pakistan in Nottingham on May 31.