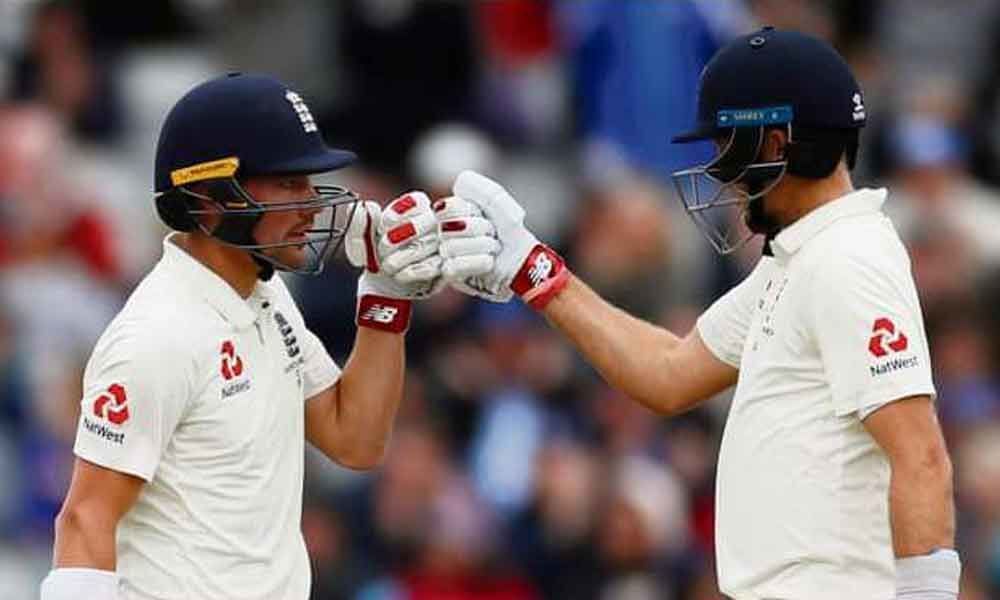 Rory Burns and Joe Root helped England reach 125/2 at tea on Day 3 to keep themselves alive in the fourth Ashes Test here on Friday.

Manchester : Rory Burns and Joe Root helped England reach 125/2 at tea on Day 3 to keep themselves alive in the fourth Ashes Test here on Friday.

After Steve Smith's 211 which propelled Australia to 497/8, England recovered 25/2 to trim mammoth lead down to 372 with eight wickets in hand and one session and two days remaining.

The first session of the day got washed out after England resumed on 23/1 with Burns batting on 15. By tea, Burns got to his fourth Test fifty and second in the series and was batting on 62 from 137 balls.

Skipper Root at the other end neared his second consecutive half century as he was batting on 47 from 108 balls. The pair shared a 100-run unbroken stand. For the Aussies, Josh Hazlewood and Pat Cummins got a wicket each.

After Joe Denly (4) was dismissed on Day 2, nightwatchman Craig Overton also got out for just 5 early on Day 3, Hazlewood having him caught by Smith at second slip.

From then on, Burns and Root steadied the ship. On the second day, it was all about Smith's masterclass batting display.