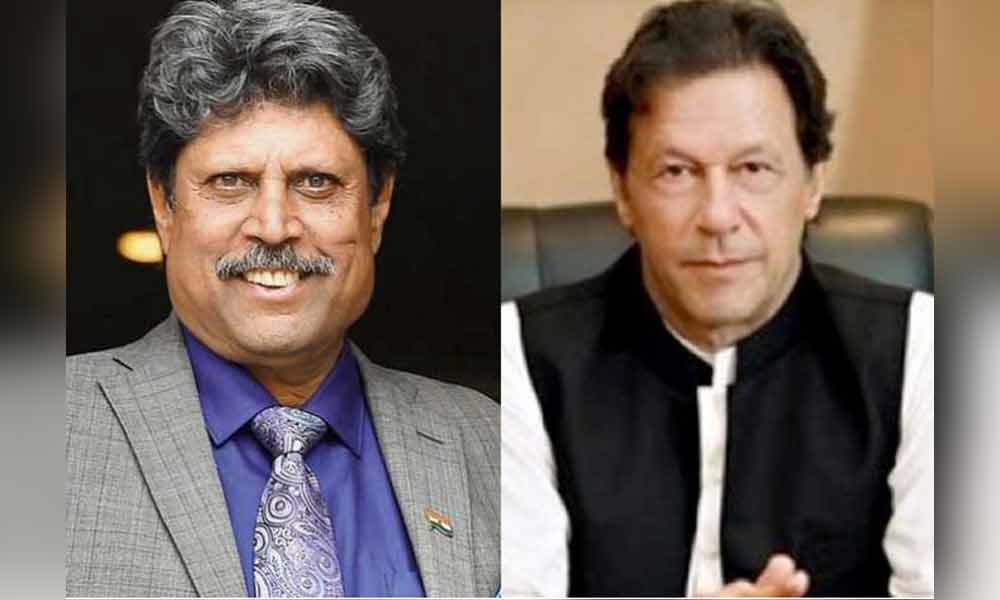 Pakistan's 'Chacha Cricket' aka Abdul Jalil has expressed his wish to witness the unique 'Imran-Kapil Trophy' between Pakistan and India at a neutral venue in recognition and honour of the legendary duo of Imran Khan and Kapil Dev.

Manchester, June 14: Pakistan's 'Chacha Cricket' aka Abdul Jalil has expressed his wish to witness the unique 'Imran-Kapil Trophy' between Pakistan and India at a neutral venue in recognition and honour of the legendary duo of Imran Khan and Kapil Dev.

In a stint of 50 years, 'Chacha Cricket', the most celebrated and oldest fan of Pakistan, who has seen generations coming and going on the pitches but his dream to witness the honour giving momentous match is still due.

The tournament will not only honour the celebrated captains of the most riveted team-match but will also take the 'Border-Gavaskar' legacy ahead.

Speaking on the sidelines of Global Sports Fan Awards, 'Chacha Cricket' resonated: "Over 50 years, 500 matches and countless memories, I am very emotional to get my first Global Award as a fan. This award will inspire a lot of upcoming fans from across the world."

"I personally feel two of the greatest World Cup winning captains deserve to be immortalised via an annual bilateral cricket series between India and Pakistan at a neutral venue that will keep the memories intact and young forever in the minds and hearts of fans," he added.

Explaining the importance of global recognition through GSF Awards, curator and filmmaker Sunil Yash Kalra said: "The filming at the World Cup in England in severe conditions has been both challenging and gratifying. Fans like 'Chacha Cricket' epitomize a true reflection of an honest fan."

'Chacha Cricket' is currently in Manchester at the ongoing World Cup where he talked about his fan stories and desires to Kalra for a unique documentary on cricket fans.

The documentary, that will weave hundreds of fan voices and reactions taken during the ongoing showpiece event, will be launched post the completion of World Cup.

India and Pakistan have not played any bilateral series since January 2013. Both the teams have, however, met several times in the multilateral events.

On Sunday, the greatest cricket rivalry will be again on full display when the two Asian neighbours face each other in the 'mother of all clashes' in the ongoing World Cup at the Old Trafford in Manchester.