I needed this performance to lift my confidence, says RR pacer Unadkat 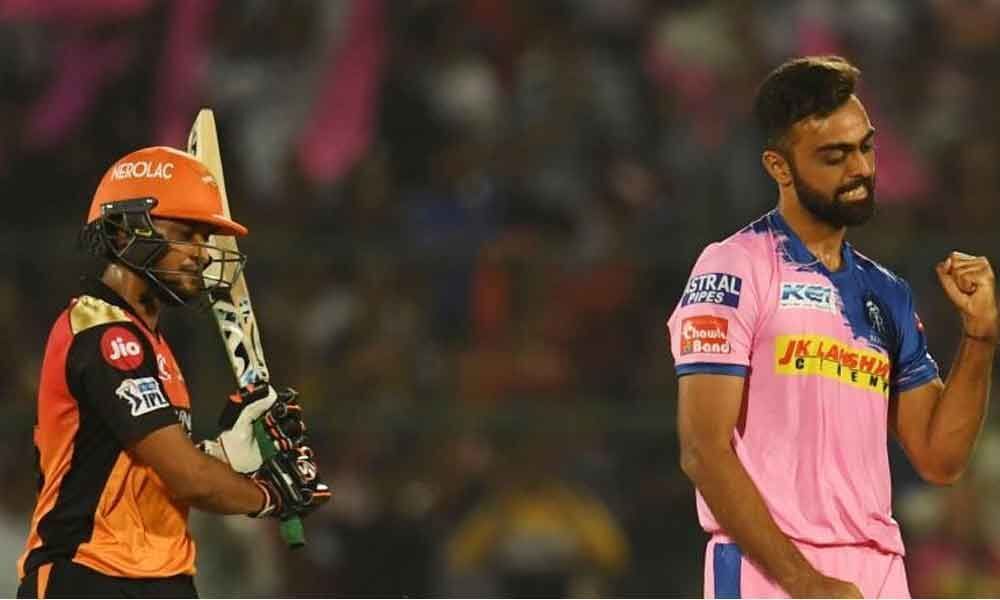 Unadkat on Saturday night finished with figures of 2/26 besides latching on to three fine catches during Rajasthan's 7-wicket win over SRH.

Jaipur: Jaydev Unadkat finally lived up to his potential after a below-par outing in the ongoing IPL and the lanky Rajasthan Royals left-arm pacer said he desperately needed the performance to boost his sagging confidence.

Having gone for runs in the previous games, Unadkat on Saturday night finished with figures of 2/26 besides latching on to three fine catches during Rajasthan Royals' seven-wicket win over Sunrisers Hyderabad.

"I can't really express how much I needed this performance for my own confidence. Times have been tough but I have grown strong from this and have become better as a player. I think that's how it is," Unadkat said at the post-match press conference here.

"In T20 you can't always expect that as a bowler you are going to win matches for your team in every single game. As long as you are contributing in every game and you are trying to be there by reading what the batsmen wants do and not allowing him to do, that's what is important.

"To be honest this season I have been trying whatever I have and I am happy with the way things have gone but the figures don't suggest that," added Unadkat, who was adjudged player-of-the-match on Saturday.

Chasing 161, Liam Livingstone (44 off 26) gave a flying start to Rajasthan's innings and Unadkat said it was pre-planned move from the team management to open with the Englishman in the absence of Jos Buttler.

"It was a decision of the management and I am sure they must have planned before the match. His role was similar to that of Buttler, to go and take advantage of powerplay. He is a hard-hitting batsman," Unadkat said.

"It was a favourable position for him and now that we don't have (Ben) Stokes and Buttler, so there is space for him to open and then we have guys like Sanju Samson who are in good form and can go down the order and get things going."

Rajasthan will now have to win their remaining two games and hope for favourable results from other matches to sneak in as the fourth team in the play-offs, a task which will become difficult in the absence of their foreign recruits like Buttler, Stokes and skipper Steve Smith, who will head home after the next tie against Royals Challengers Bangalore.

But Unadkat said they have enough local back-up to replace the foreign stars.

"Everyone knew that they would be leaving early so we took some back-ups in the auction. We have good players like Manan Vohra, Prashant Chopra and guys like Mahpal Lomror, they are very good. I mean they haven't got their chances," he said.