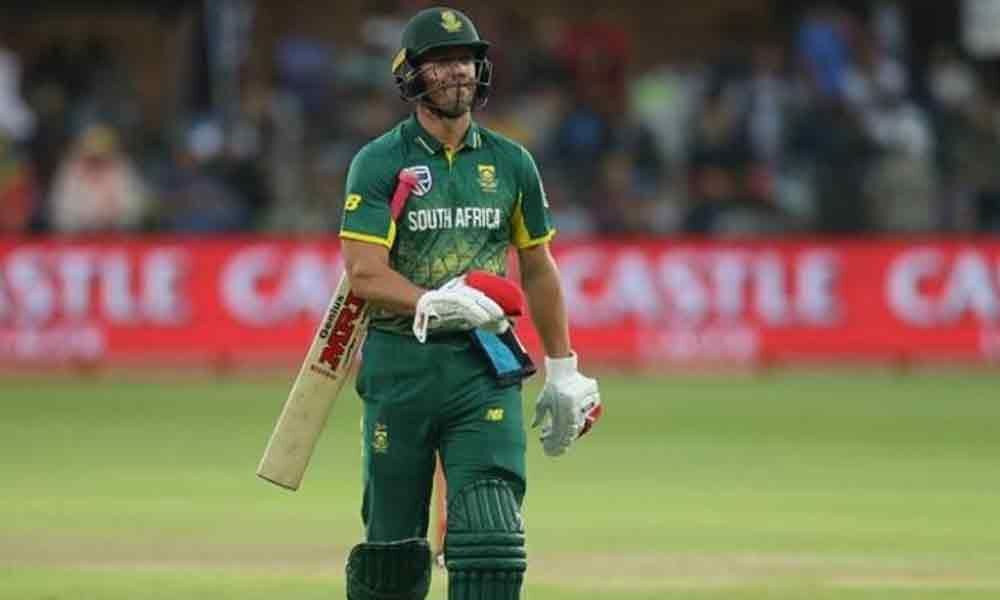 The decision taken by Cricket South Africa to not include AB de Villiers in the World Cup was right, said former Proteas cricketer Jonty Rhodes.

In a surprise move on May 23 last year, de Villiers had bid adieu to all forms of international cricket, putting an end to his 14-year-long celebrated career.

"I am a very big fan of AB but for him coming back to the team at the 11th hour, it wouldn't be fair on everybody. If AB is available why would you say no but there's a lot more than just one individual turning the tournament around," Rhodes told ANI on the sidelines of India versus England World Cup match being screened at the British deputy high commissioner to India, Jan Thompson's residence in the capital.

"It requires a team effort and that's not fair on rest of the team. So it was the right decision not to include him at the last minute," he added.

South Africa skipper Faf du Plessis and coach Ottis Gibson had earlier in the month revealed de Villiers' wish to play in the World Cup. However, the management refused to consider as the squad for the marquee event was already finalised.

Proteas' hopes to clinch their first-ever World Cup this year ended as mathematically they cannot qualify for the semi-finals. The team sit in the eighth position on the World Cup standings with just five points from eight matches.

Skipper du Plessis even went on to openly say that had Dale Steyn, one of the key players, not competed in the recently concluded IPL then he wouldn't have picked up a shoulder injury.

Speedster Steyn was ruled out of the tournament after failing to recover from a shoulder injury. Beuran Hendricks replaced him in the squad.

Rhodes, however, came in support of Steyn and said, "South Africa had its players stay longest I think. Both England and Australia players had gone back. It was out of the hands of players as it was a deal between the South Africa board and IPL owner. So for players, they didn't have any other option."

"I know they wanted to spend some time away from the IPL and focus on 50 over cricket. Even though both are limited-over format but they need a different approach. So all those players who are key elements be it Steyn, Lungi Ngidi, Kagiso Rabada picking injury, South Africa could not deliver 100 per cent to their fitness," he said.

When asked to pick his top four sides, the former batsman was quick and named New Zealand, India, Australia and England in the semi-finals. He further said he wants to see Australia and India in the finals at Lord's on July 14.

"Australia are great tournament players. They have won so many trophies and they know how to win big matches. So part of me thinks it is going to be India versus Australia in the final," Rhodes said.

The former South Africa batsman praised India captain Virat Kohli and the way he ensures athleticism in the team even as he expressed disappointment in Proteas for not performing up to the mark.

"Fielding wise I think some have been really good and some poor. As a team India are solid. Captain Kohli has ensured his players are athletic, fit and their fielding coach is very strong and hard working guy. It shows they don't have weak players in the field. It is an entire team effort. From a disappointing point of view, my own team South Africa have let down throughout the tournament," he said.

"New Zealand and Australia are good and I think England are okay. But India have certainly shown everybody that fielding is really important. India lead from the front," he added.

Rhodes further gave a tip to his team South Africa and suggested them to relax and discuss the mistakes rather than making cricket a complicated game.

"I think cricket in South Africa should relax a bit more. We need to have discussions and breakdown cricket as we make it complicated. We need to keep it simple. They are putting themselves under way too much pressure. So get back to the reason why we started playing cricket. I am actually looking around to do a bit more work around the world and at the grassroots level," he concluded.