McGrath backs Pandya to be 'Yuvraj' of India's WC campaign 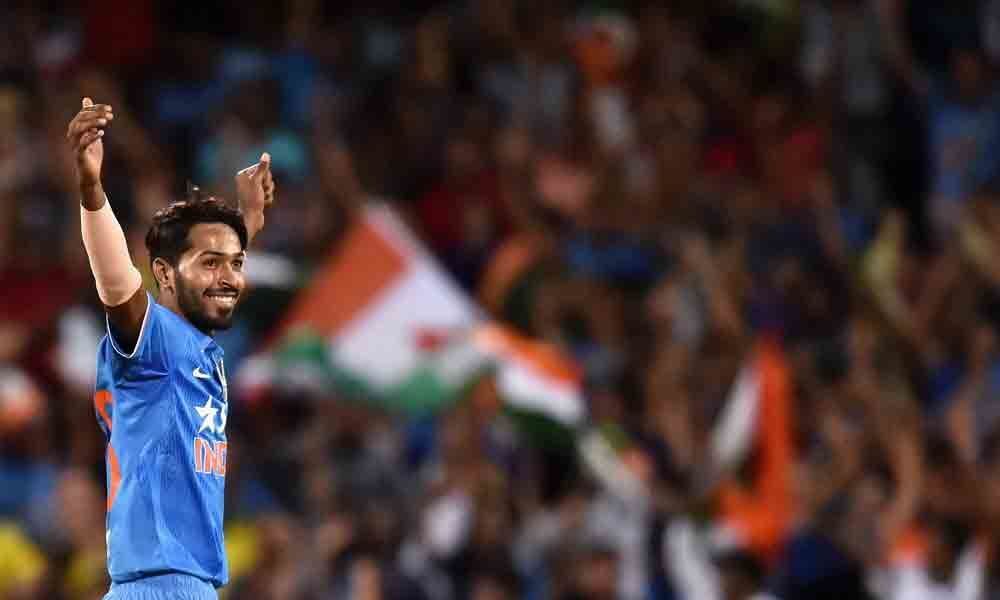 Australian great Glenn McGrath on Monday said Hardik Pandya can be the stand out player for India in the ongoing World Cup and make the difference like Yuvraj Singh did in the 2011 edition.

Chennai (PTI): Australian great Glenn McGrath on Monday said Hardik Pandya can be the stand out player for India in the ongoing World Cup and make the difference like Yuvraj Singh did in the 2011 edition.

Yuvraj was named player of the tournament in 2011 when he shone with both bat and ball to help India win the title for the second time.

Asked if India would miss a player like Yuvraj who provided the firepower as a finisher in 2011, McGrath said: "Pandya can play that role. DK (Dinesh Karthik) is a good finisher too. I think they have got the team to do well.

"Their bowling attack.. with Jasprit Bumrah who is up there with the best ODI bowlers in the world. The lengths he bowls and bowls quality yorkers. He is a really good finisher. They have got the team to perform really well in this World Cup. Have to see how they go in the English conditions," said the former pacer here.

"The experience that he has and the way he goes about the game, he knows it so well... it will benefit India. And the way Dhoni finished recently in Australia in the one-dayers... they have plenty of other quality players. It is just about being consistent," he said. McGrath, who is Director of Coaching at the MRF Pace Foundation here, picked England, India and Australia as his three favourites for the World Cup.

"England... they are a quality One-Day unit. To me they are favourites... India have played good one-day cricket. The brand of cricket it plays can be very similar to England. Australia are peaking at the right time. I think Australia have the ability to win this world cup... but I think England are the favourites," he said.

"West Indies will have some good games. It is fearless, but needs to be consistent."

McGrath said he is looking forward to watch the likes of Pat Cummins, Mitchell Starc, Kagiso Rabada and Bumrah at the World Cup.

"Pat Cummins has done incredibly well, Mitchell Starc is a match-winner when he gets it right and Rabada of South Africa. Bumrah is one guy I am really impressed with. They are the guys I enjoy watching," he added.

About the prospects of his World Cup record of 71 wickets being broken, he said if anyone can play long enough, he could surpass him.

"If they play long enough, they can. I was lucky enough to play in four. I didn't take too many wickets in my first outing, but did decently afterwards. Records are there to be broken. If you got to beat that tally, you probably have to feature in four WCs," he added.