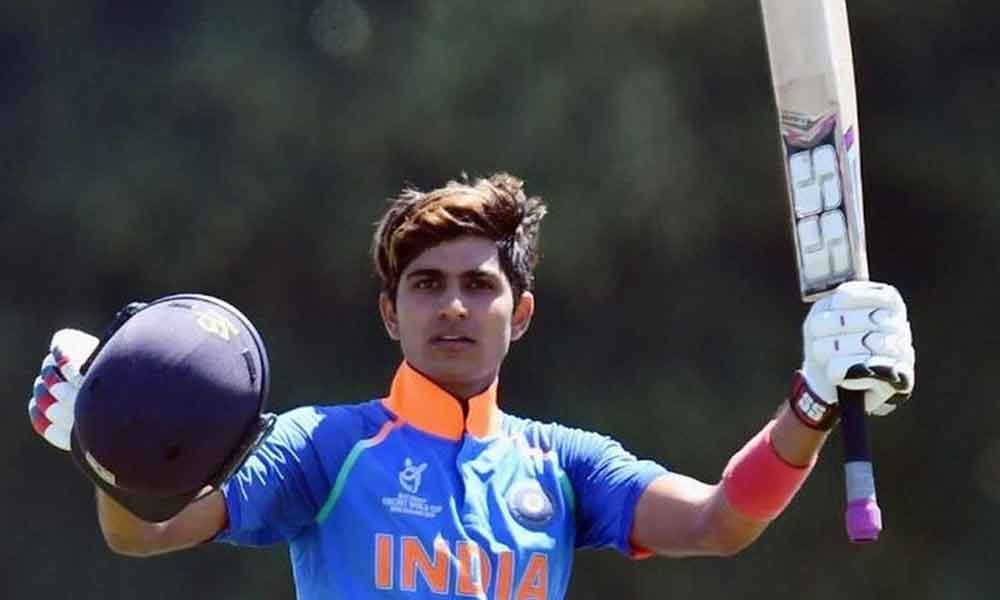 The 19-year-old Gill, being seen as the next big thing in Indian cricket, scored an unbeaten 204 off 250 deliveries.

Tarouba: Shubman Gill became the youngest Indian cricketer to score a first-class double century and combined with skipper Hanuma Vihari to put India A in the driver's seat against West Indies A in the third unofficial test here.

The 19-year-old Gill, being seen as the next big thing in Indian cricket, scored an unbeaten 204 off 250 deliveries to break former India opener Gautam Gambhir's record on the third and penultimate day of the ongoing match.

Gambhir was 20 when he notched up 218 for India Board President's XI against the Zimbabweans in a tour match in 2002.

India A resumed at the overnight score of 23 for three, and Gill, starting at 2, reached his century just at the stroke of lunch. His overnight partner Shahbaz Nadeem fell for 13, after resuming on five, early in the day.

Captain Vihari (118 not out) then joined Gill in the middle and the two resurrected the Indian innings after the top-order collapse. The duo notched up an unbeaten 315-run stand for the fifth wicket before India A declared on 365 for 4 soon after Gill scored his double ton.

At stumps, West Indies A were 37 for no loss, chasing a massive 373 for victory on the final day of the four-fay match.

Gill bounced back strong from his a first-ball duck in the first innings and his unbeaten knock of 204 was laced with 19 fours and two sixes with a strike rate of 82.25.

While Vihari, who had earlier bailed out India in the first innings with a half century, continued in the same vein, hitting 10 boundaries and a maximum.

Earlier, West Indies A bowled out India A for a meagre 201 in the first innings on the opening day of the match before folding for 194 in their first essay.

Gill's impressive knock comes days after he failed to find a spot in India's tour of the West Indies.

India have already pocketed the series by winning the first two games of the series.