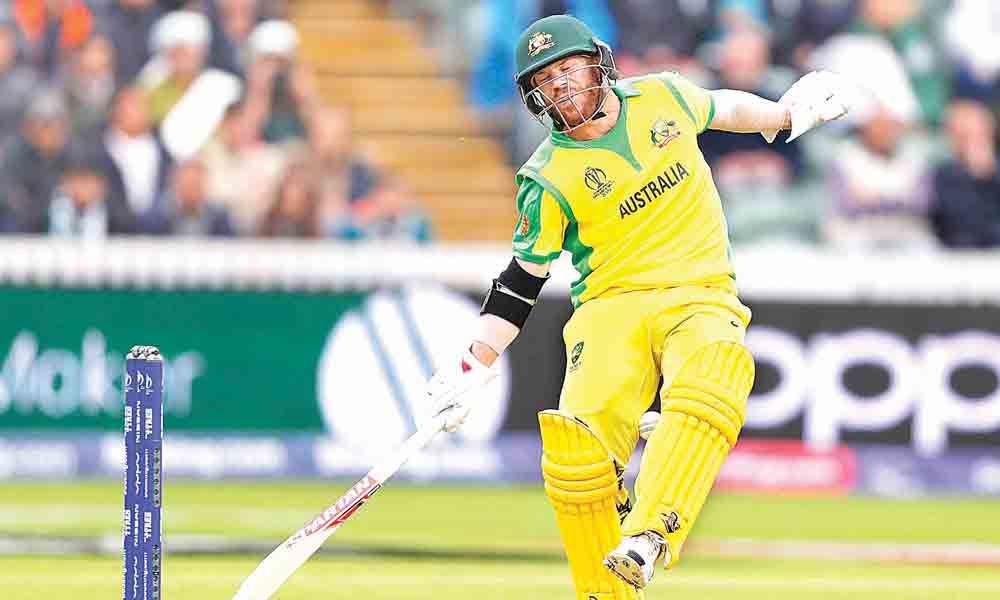 x
Australia’s David Warner reacts as the ball is thrown towards his stumps in an attempted run out during the World Cup match against Pakistan at the County Ground in Taunton, south west England on Wednesday
Highlights

In a heart-warming gesture, David Warner gave away his Man-of-the-Match award to a young Australian fan after their win over Pakistan in the World Cup here.

Taunton (PTI): In a heart-warming gesture, David Warner gave away his Man-of-the-Match award to a young Australian fan after their win over Pakistan in the World Cup here.

Warner scored his first international hundred after serving out his ball-tampering ban and guided Australia to a 41-run win over Pakistan on Wednesday.

On his way back from the stadium, Warner posed with fans and on meeting a young boy in Australia jersey, the opener gifted his Man-of-the-Match award to the young fan.

"It's really awesome, it feels cool to have that (MoM Award). We were just waving the flag. He just came over and gave it to us," the young fan said.

"We were way outnumbered by Pakistan fans, then it went quiet, then it got noisy again when Pakistan made some runs, and then (Mitchell) Starc came on in the end," said the boy's father.

The dangerous opener has made a successful comeback alongside Steve Smith after serving a one-year ban for ball-tampering.

Warner revealed that his innings, which laid the foundation for Australia's win, filled him with both joy and relief after wondering whether he would ever get the chance to enjoy a similar moment ever again.

"Yes, definitely, there was always that going through my mind," nodded the left-hander when asked about the possibility that his hundred in the Boxing Day Test against England in December 2017 might have been his last in the baggy green.

"That's what drove me to keep being as fit as I can, to keep scoring as many runs as I can in the Twenty 20 tournaments I played in, and really enjoy playing in grade cricket. I think going through these tough times and regrouping put myself in the best way to come back into international cricket," Warner said.