Will continue to experiment as we look to build a legacy, says Shastri 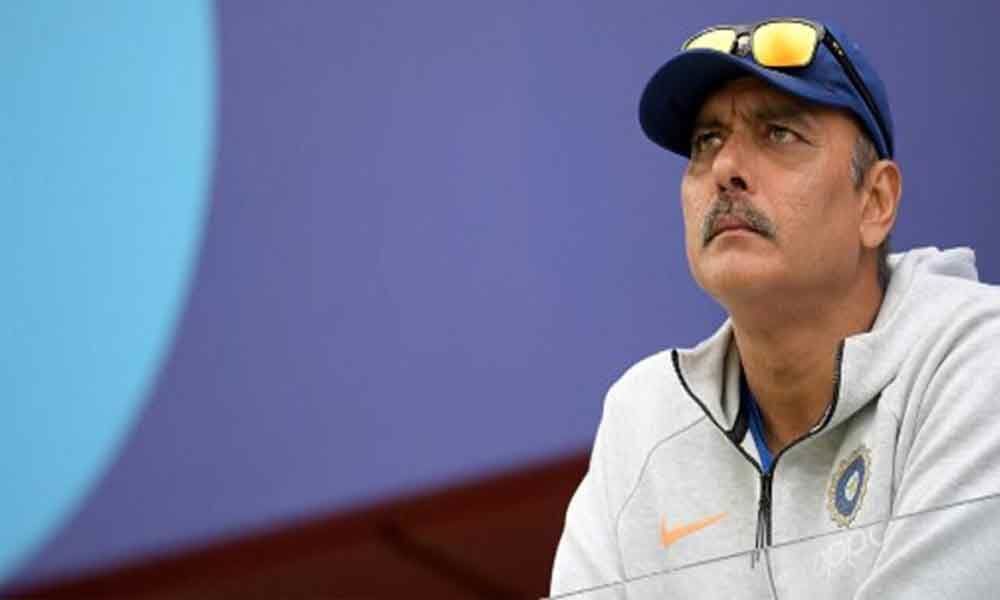 Ravi Shastri, who has been re-appointed as the head coach of Team India for a second consecutive term, has insisted that his endeavour would be to help the Men in Blue build a legacy which can be emulated by other teams in the time to come.

St. Johns (Antigua) : Ravi Shastri, who has been re-appointed as the head coach of Team India for a second consecutive term, has insisted that his endeavour would be to help the Men in Blue build a legacy which can be emulated by other teams in the time to come.

On Friday, the three-member Committee of Administrators (CAC) comprising Kapil Dev, Anshuman Gayakwad and Shantha Rangaswamy, reappointed Shastri as the head coach till the 2021 World T20.

Speaking to BCCI.TV after his re-appointment, Shastri -- who is currently in the West Indies -- extended gratitude to the CAC for reposing their faith on him.

"First I would like to thank the CAC for having faith in me. It's a privilege and honour to be part of Team India," said Shastri.

"The reason why I came in here is the belief I had in this team, the belief that they could leave a legacy which very few teams have left behind which other teams going down will try and emulate.

"That is the desire. We are on track. There's always room for improvement and with youth coming around, we can be sure of exciting times in the near future," he added.

The Indian head coach emphasised that he, along with the team, would be striving to improve on all fronts and make sure they learn from mistakes.

"You've got to learn from your mistakes, nobody is perfect. When you strive for excellence and strive to raise the bar then you have to pay attention to detail," he said.

"When you mess up or have an off day, don't let that day go by and make sure you are focusing and concentrating on how you can overcome that barrier. That will be the endeavour of this team," he added.

The 57-year-old Indian all-rounder, who was Team India director between 2014 and 2016, was appointed the head coach after Anil Kumble's resignation following the 2017 Champions Trophy where India lost to Pakistan in the final.

However, Team India exited the 2019 World Cup in the semi-final after finishing top of the table in the league stages.

"The team has been superbly consistent. If you look at the performances over the last two years, it's been simply outstanding. They have set the bar and it's now upto them to raise the bar," said Shastri.

He also made it clear that the team management would not shy away from experimenting. "We will invest in youth and there is room for experimentation."

Just like former India skipper M.S. Dhoni, Shastri also wants to see the team being termed as the best fielding side in the world.

"In the last four-five years, the biggest improvement has been in fielding. And the endeavour is to make this side the best fielding team in the world," he said.

"It's a clear dictate to whosoever wants to play in this team to have spectacular standard of fielding, especially in white-ball cricket," he added.

The Team India head coach also said that by the end of this tenure, he wants to see a smooth transition taking place with the set-up.

"Next two years is to see the smooth transition happening. You will get a lot of youngsters coming -- in both white-ball setup and Tests.

You need to identify another three-four bowlers to add to the pool by the end of our tenure. My endeavour by the end of this tenure would be to leave the team in a happier space so that they can set a legacy in the time to come," he signed off.