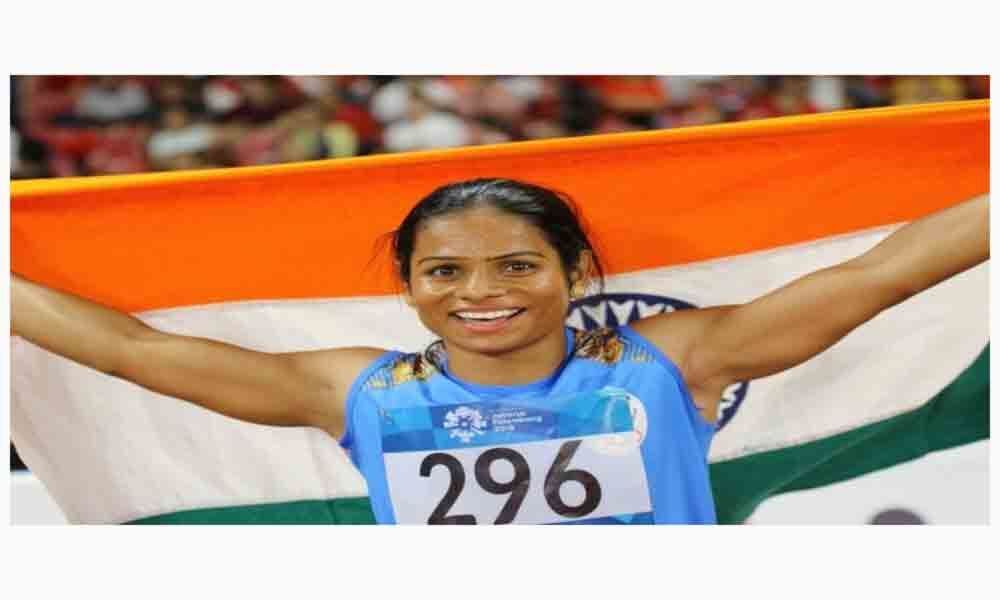 The 23-year-old Dutee clocked 11.32 seconds to win the gold as she led the race from start to finish. Running at lane number 4, Dutee was the first one out of the eight athletes to blast off the starting blocks and she made most of it to fend of a late challenge from Del Ponte (11.33) of Switzerland. Lisa KwaYie of Germany took the bronze in 11.39 seconds in the race run past midnight Indian time on Tuesday.

The Odisha runner, whose national record stands at 11.24 seconds, thus became the first Indian to win a 100m gold in a global event. She has now become only the second Indian sprinter to win a gold in a global event after Hima Das, who clinched the top spot in 400m in the World Junior Athletics Championships last year. Dutee, who had a silver each in 100m and 200m in the 2018 Asian Games, is also only the second Indian track and field athlete to win a gold in the World Universiade. Inderjeet Singh had clinched the top spot in men's shot put event in the 2015 edition.

After winning the race, Dutee, who recently admitted to having a relationship with a girl, tweeted: "Pull me down, I will come back stronger!" She further added: "With years of hardwork and your blessings, I have yet again broken the record by winning the Gold in 100m dash in 11.32 seconds at The World University Games, Napoli. In the pictures (picture of all three medal winners), are the winners too, with a heart of Gold from Germany and Sweden. Earlier on Tuesday, Dutee qualified for the final with a time of 11.41 seconds in the semifinal, which had made her the first Indian sprinter to make it to the final of World Universiade.

On Monday, she had advanced to the semifinals from the heats with a time of 11.58 seconds. Dutee has a season best of 11.26 seconds in 100m, recorded in the Doha Asian Championships in April. She could not reach the semifinals in the previous edition of the World University Games in Taipei City in 2017, where Sanjivani Jadhav had won a silver in women's 10000m race. Dutee is a student at Kalinga Institute of Industrial Technology, a deemed university in Bhubaneswar. She is yet to qualify for the World Championships to be held in Doha in September-October.

President Ram Nath Kovind congratulated Dutee on her feat. "Congratulations @DuteeChand for winning the 100m sprint at the Universiade, the World University Games, in Naples. This is India's first such gold and a moment of immense pride for our country. Please keep up the effort, and look to greater glory at the Olympics," the President tweeted. Dutee replied to the President's tweet, saying: "Thank you, sir. I will try my best to bring Olympics Gold Medal home. Once again, many thanks for your blessings."

Sports Minister Kiren Rijiju also applauded Dutee's efforts. "I've been passionately following since my childhood but it never came. Finally, for the first time, a gold for India! Congratulations @DuteeChand for winning the 100m sprint at the Universiade, the World University Games, in Naples," Rijiju said in his tweet.