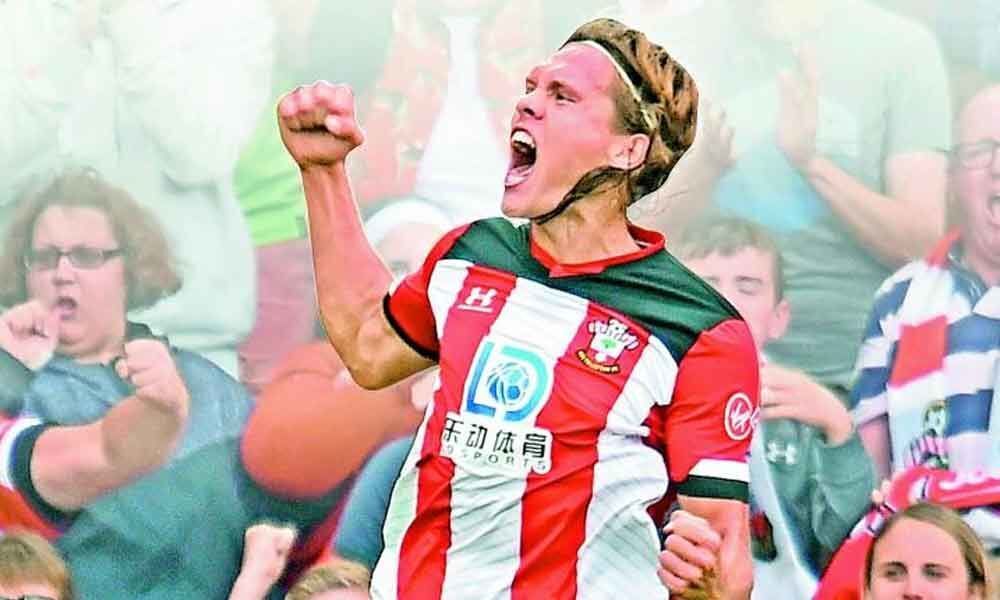 Leicester moved up to third as the Foxes unbeaten start to the season continued in a 3-1 win over Bournemouth.

London: Manchester City cruised to the top of the Premier League with a 4-0 win over Brighton on Saturday as Manchester United and Chelsea lost further ground in disappointing draws with Southampton and Sheffield United.

Leicester moved up to third as the Foxes unbeaten start to the season continued in a 3-1 win over Bournemouth thanks to two goals from Jamie Vardy, while victories for Crystal Palace and West Ham take them into a share of fourth.

Liverpool can move back above City should they continue the only 100 percent start left in the Premier League at Burnley, but City were never in danger of dropping points as Kevin de Bruyne tapped home David Silva's cut-back after just two minutes.

How United must wish they had some of their local rivals firepower as Southampton clung on for a 1-1 draw at St. Mary's despite playing the last 17 minutes plus stoppage time a man down after Kevin Danso's red card.

Daniel James had given the visitors the perfect start with his third goal in four appearances for United, but Jannik Vestergaard headed home an equaliser just before the hour mark.

Ole Gunnar Solskjaer's men have now failed to win in their last three games and won just one of their last 10 dating back to last season. "We've been dominating, creating chances and just haven't been clinical in front of goal to win the games," said Solskjaer.

After scoring his first Chelsea goals away to Norwich, Tammy Abra-ham thought he had given the Blues all three points at home to newly-promoted Sheffield United by scoring twice before the break.

However, the Blades hit back at the start of the second-half through Callum Robinson and Kurt Zouma's own goal a minute from time earned the visitors an unlikely point in a 2-2 draw.