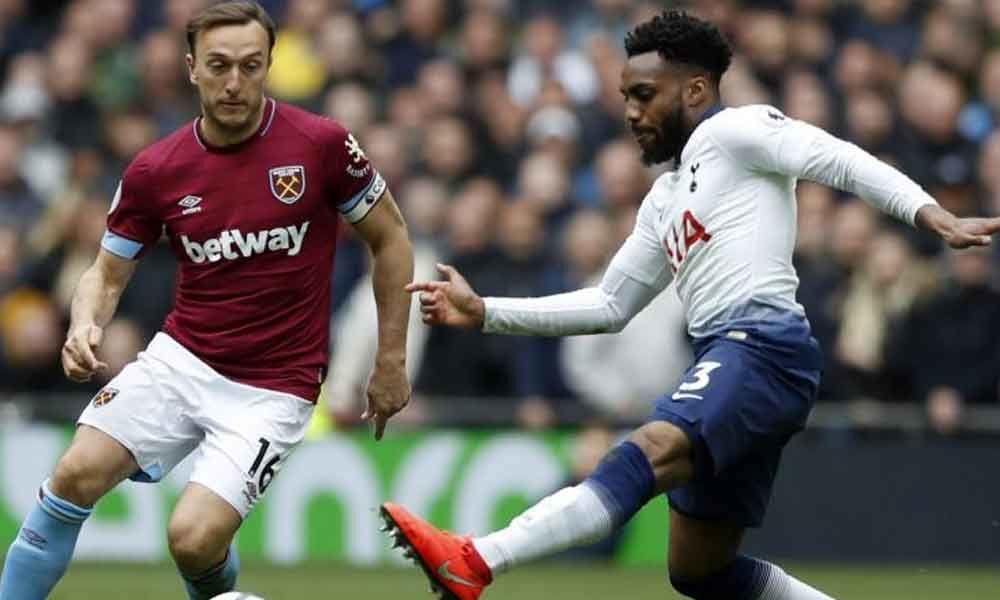 Spurs, who had not even conceded a goal in their first four games back home, were looking for a boost ahead of their CL clash against Ajax.

The 1-0 defeat further confused the position behind soaraway frontrunners Liverpool and Manchester City, neither of whom played on Saturday, with Arsenal, Chelsea and Manchester United also chasing the final two Champions League spots.

At the bottom, Southampton guaranteed their survival with a thrilling 3-3 home draw against neighbours Bournemouth. Cardiff City's 1-0 defeat at Fulham left them four points from the safety zone after 17th-placed Brighton & Hove Albion drew 1-1 with Newcastle United in the day's late kickoff.

Spurs, who had not even conceded a goal in their first four games back home, were looking for a boost ahead of their Champions League semi-final against Ajax Amsterdam. However, they failed to impress against a West Ham side who had taken just one point from their previous eight away league games.

Pochettino said the best way to now approach Tuesday, and one of the most important games in the club's history was simply to forget about Saturday's setback.

"We have to forget about it, move on and think about Tuesday," he said.

Antonio's goal owed much to Marko Arnautovic whose dinked through ball allowed his partner a fraction of space to take the ball down on his chest and strike it firmly past Hugo Lloris. The defeat was Spurs' first in the league at their home ground since May 2016 when Southampton were the winners.

Saints striker Shane Long's rich vein of form continued with his fourth goal in five games after 12 minutes at St Mary's. But after the Irishman missed an even easier chance for his second, Bournemouth hit back with goals from Dan Gosling and Callum Wilson.

An excellent strike from James Ward-Prowse and a bullet header from substitute Matt Targett put Southampton back in front before Wilson equalised, although the point ensured the Saints will go marching on in the top flight next season.

Saturday's game was interrupted by a worrying seven-minute stoppage when home defender Denis Odoi was accidentally kicked in the head by team mate Maxine Le Marchand.

Odoi required oxygen to revive him and was eventually carried off on a stretcher but manager Scott Parker later said the Belgian was fine.

"Denis is okay, I have just seen him," Parker said. "It was a big head injury; he was out of it for a few seconds which was concerning but he is fine and will be okay."

Brighton then plunged Cardiff deeper into the relegation mire after Pascal Gross scored their first goal in eight games in all competitions to cancel out Ayoze Perez's opener. Cardiff need to win both of their remaining games to have a chance of survival.

Wolves manager Nuno Espirito Santo said revenge was not in his thinking ahead of their rematch with their FA Cup semi-final conquerors Watford. He will nevertheless be delighted by the 2-1 win courtesy of strikes from prolific scorers Raul Jimenez and Diogo Jota.