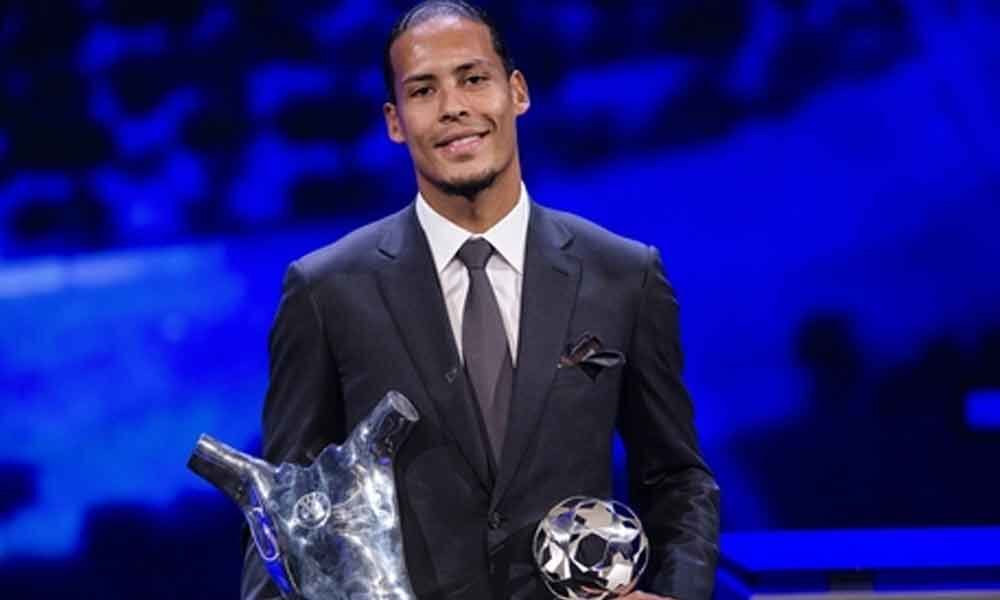 On Thursday, the Dutch international received the trophy at the end of the 2019-2020 UEFA Champions League group stage draw held at Grimaldi Forum in Monaco, reports Efe news.

The 28-year-old center-back was a key player in Liverpool's 2018-2019 campaign, which saw the English club win its sixth Champions League and finish second in the Premier League with a club record 97 points.

Van Dijk, the first backliner to be proclaimed Player of the Year since the award was created in 2011, also picked up the 2019 UEFA Defender of the Season prize.

Messi didn't leave the Grimaldi Forum empty-handed, receiving the Forward of the Season award for the second time in a decade. The Argentine star was the top goal scorer in the 2018-2019 Champions League.

Another Liverpool man, Alisson Becker, was chosen UEFA Goalkeeper of the Season, while Frenkie de Jong, who left Ajax for Barcelona over the summer, lifted the trophy for Midfielder of the Season.

The 27-year-old helped Olympique grab the treble and contributed to England's fourth-place finish at the 2019 FIFA Women's World Cup.

The ceremony concluded with the presentation of the 2019 UEFA President's Award to Manchester United legend Eric Cantona.