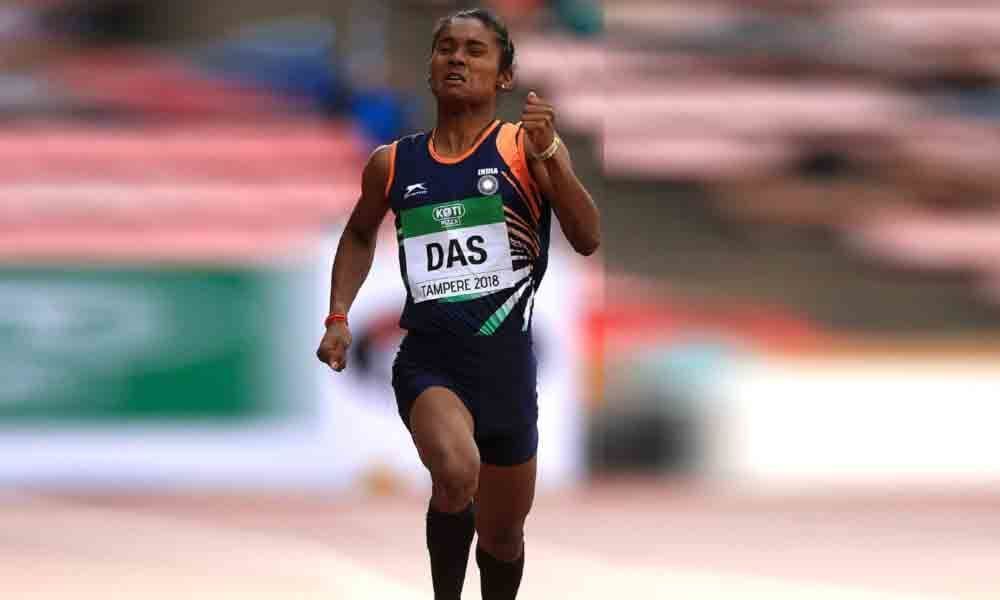 Hime, the world junior champion and national record holder in 400m who has been struggling with a back problem for the past few months, clocked 23.65s on her way to the 200m gold.

This was Hima's first competitive 200m race of the year. She has a personal best of 23.10s, which she clocked last year.

Another Indian, V K Vismaya finished third with a personal best time of 23.75s in the race at Poznan on Tuesday night.